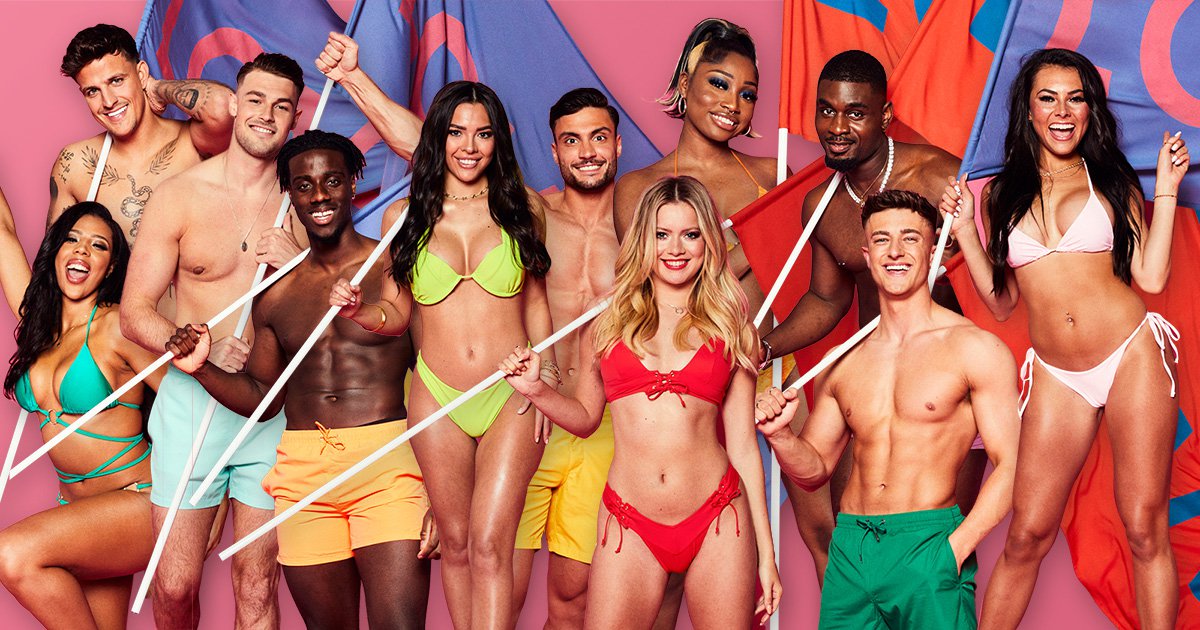 Love Island returned last night to its full glory, and while we may have a brand-new villa and a fresh batch of singletons, the ongoing obsession with hair colour unfortunately remains strong

The blonde supremacy on the annual dating show has been the running theme since it aired, and while an optimistic voice in my head was hoping this year would be different, the first 30 to 45 minutes proved otherwise.

Monday’s debut marked the return of everyone’s favourite reality series, and just like most of the nation I was ready to watch the inevitable drama unfold – which will no doubt steal my focus for the next two months, it is what it is.

Fans were introduced to islanders including Gemma Owen (Michael Owen’s daughter), and dancer Tasha Ghouri, who has a cochlear implant and is the show’s first deaf contestant – with Iain Sterling providing his usual quips and his wife Laura Whitmore fronting the programme.

The first episode deviated from the annual structure as the first coupling of 2022 was in the hands of the public – much to Indiyah Polack’s dismay (if you know you know).

In previous years, men and women have either picked or stepped forward for the person that is their ‘type on paper ‘ however this method has usually resulted in Black women being chosen last.

So if this was ITV’s way of making sure everyone has a fair shot, then so be it.

While the phrase ‘tall, dark and handsome’ has been the typical phrase used by women, the men’s main focus has usually been ‘blue-eyed blondes.’

And this wouldn’t be a big deal, if certain people remembered that hair colour isn’t a personality type.

Before I continue, I feel like I need to stress that there is absolutely nothing wrong with people having a preference, and beauty is completely subjective, but I believe a scary territory is being reached if dating a brunette instead of a blonde is deemed ‘stepping out of one’s comfort zone.’

After Tasha Ghouri – who has blonde hair – asked the estate agent what his ‘usual type is,’ Andrew replied: ’This is going to sound bad, but usually I go for brunettes.

‘I’ve actually never been out with a blonde. But yeah see what happens.’

While Welsh student Liam Lllweryn, 22, made it known in his VT that he loves ‘all different types of girls.’

‘If she’s got blonde hair, she got blue hair. I’m not willing to shut someone off just because of the colour of their hair,’ he explained.

A concept not universally acknowledged in the Love Island stratosphere.

Although I am someone who is not particularly well-versed in the dating scene, I’d like to think there’s more pressing factors to focus on when it comes to choosing a potential partner, like personality perhaps.

With the weight of Love Island’s Twitter being unmatched, several fans addressed the peculiar phenomenon and questioned why hair had male contestants in a chokehold – as if it’s not something that could be immediately changed with a box of Garnier Nutrisse.

‘These men need to free themselves from the shackles of being attracted to a hair colour,’ one person tweeted.

While the phrase ‘tall, dark and handsome’ has been the typical phrase used by women, the men’s main focus has usually been ‘blue-eyed blondes’

While another raised a valid point and wrote: ‘My ick really is when people say their type is a hair colour because hello dye! Hello wigs!’

‘I will never understand when people describe their type by hair colour, doesn’t impact their personality at all and can be switched up so easily,’ one person added.

While this year’s line-up presents a slightly more diverse line-up in comparison to previous seasons, the slightly rigid preferences being vocalised on-screen does more harm than good.

Although this was something that I questioned during my teen years, as an adult I know that there are plenty of men in the world who are attracted to a diverse range of women, but I’m also aware that Love Island’s audience has multiplied tremendously with viewers as young as 15 tuning in on the daily.

And I can’t help but think how damaging it must be for young girls/women of colour to watch these men idolising a specific type of girl.

There’s absolutely nothing wrong with people having a dating preference, but if a woman’s hair above all things, is the only thing that can pique an interest, then it speaks volumes about our society.

I’m not going to spin the ‘looks don’t matter’ narrative, because let’s be real for a show like Love Island, attraction is a key ingredient in its popular formula, but it would be refreshing to see other important qualities being celebrated.

Kiss goodbye to your social life – Love Island is back to dominate your evenings, with the new series promising more drama than ever before.

For all the latest updates, visit Metro.co.uk‘s Love Island page.