BBC Breakfast continued today with Dan Walker and Louise Minchin and the news was once again focussed on the government’s response to the spike in coronavirus cases in Leicester. However, Louise Minchin grilled the Business Secretary Alok Sharma today after she revealed he had given inaccurate information when he was on the show last time.

Early on in today’s show, Walker announced the breaking news that the company Upper Crust, who serves stations and cafes across the UK, was having to get rid of thousands of staff.

Minchin also wanted to ask Mr Sharma just how the government was planning on helping out the airline business.

Walker had spoken to RyanAir boss Mike O’Leary earlier in the show who finally announced that refunds were starting to be handed out.

However, Minchin was forced to repeat questions today with Mr Sharma and even pointed out that he had provided inaccurate numbers on COVID-19 testing the last time he was on the show. 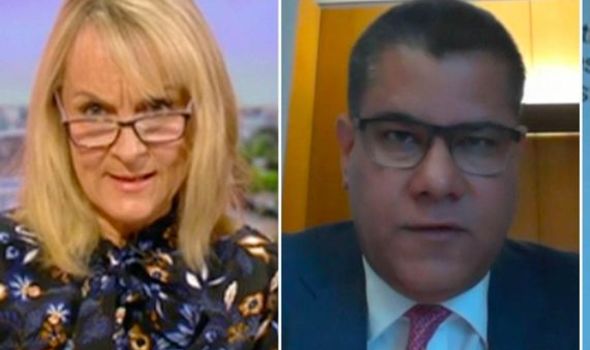 Minchin said: “Can I ask you about something you said last week on this show?

“Would you like to admit you were wrong on that?”

Mr Sharma candidly admitted he had made an error during his last appearance on the show.

'Unfit' Trailer: A New Documentary Asks Whether Donald Trump is Fit to Hold the Office of President