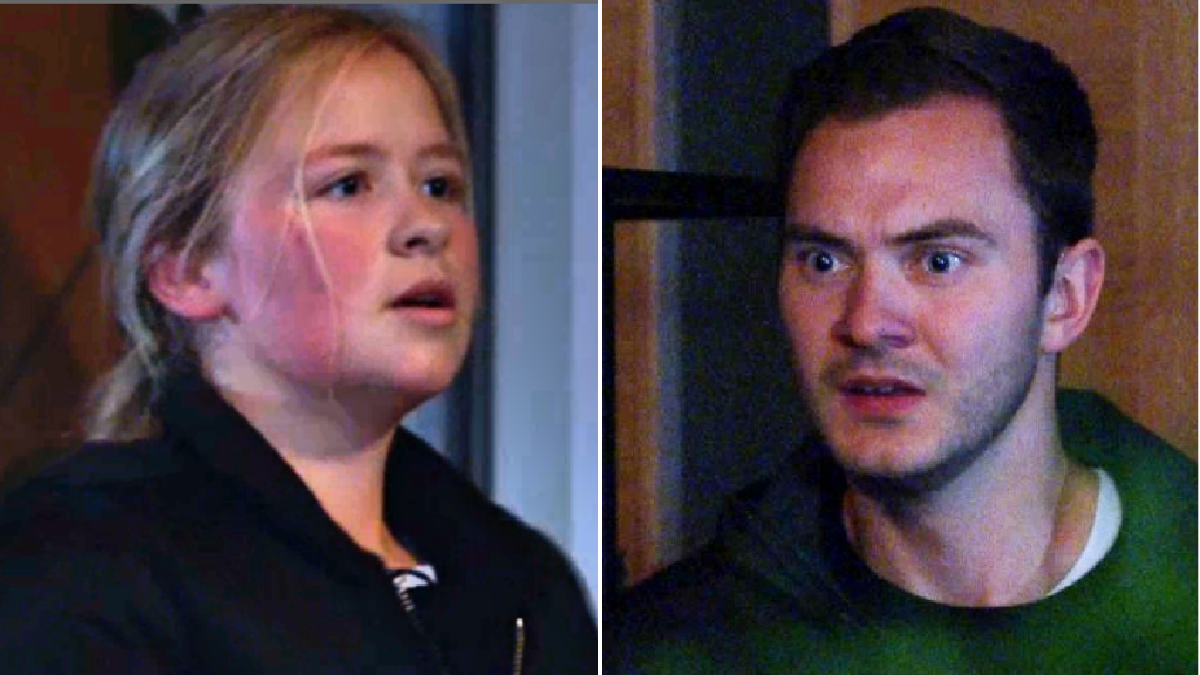 Liv Flaherty (Isobel Steele) could find herself in a lot of trouble in Emmerdale after a drunken altercation with Ben Tucker (Simon Lennon), who subsequently became Meena Jutla’s (Paige Sandhu) latest victim.

Liv’s addiction to the booze has spiralled out of control once more in the wake of her discovery that Aaron Dingle (Danny Miller) was leaving the village with boyfriend Ben.

Refusing to lose her brother, she sabotaged Ben’s chances of securing the job he was after in Newquay, a decision which backfired dramatically, as Aaron turned his back on her.

Liv sought solace in the booze, which angered Aaron further, and Thursday’s (November 25) double-bill of the ITV soap saw Aaron tell her that he cannot be around her while she’s drunk.

Struggling to come to terms with his decision, Liv continued to drink while on shift at the HOP. Ben, meanwhile, became determined to get his hands on some evidence that would prove the bridge collapse was not his fault, and thus he broke into his former place of work.

While looking through Jai Sharma’s (Chris Bisson) belongings in the office, he found the camera from the survival event, before stumbling upon footage of Meena attempting to drown Victoria Barton (Isabel Hodgins).

He was distracted, however, by Liv, who returned to the HOP to get her hands on more alcohol. She smashed a bottle on the floor, and an altercation with Ben ensued.

Ben attempted to record her on his phone to show to Aaron just how out of control her addiction had become, but Liv retaliated violently, attempting to wrestle the phone off him.

She succeeded, before exiting the building. Lydia Dingle (Karen Blick) – who was walking home – spotted her, and offered to take her home. Liv, however, became very nasty.

Ben was subsequently killed by Meena, who got wind of him being in possession of incriminating footage, and thus she headed up to the HOP to retrieve the camera.

The killer wasted little time in revealing what she’s capable of, much to Ben’s horror. He attempted to make a run for it, but Meena gave chase, before hitting him over the head with an oar twice.

With no evidence to prove that she was there on the night, it’s likely that Meena will get away with murder once more. Liv, however, could be incriminated in the crime, given that footage exists of her becoming volatile towards victim Ben.

What’s more, her admission to Lydia about hating Ben will no doubt come back to haunt her.

Will Liv go down for Meena’s crime?

What Is The Reading Order Of 'The Witcher' Books?