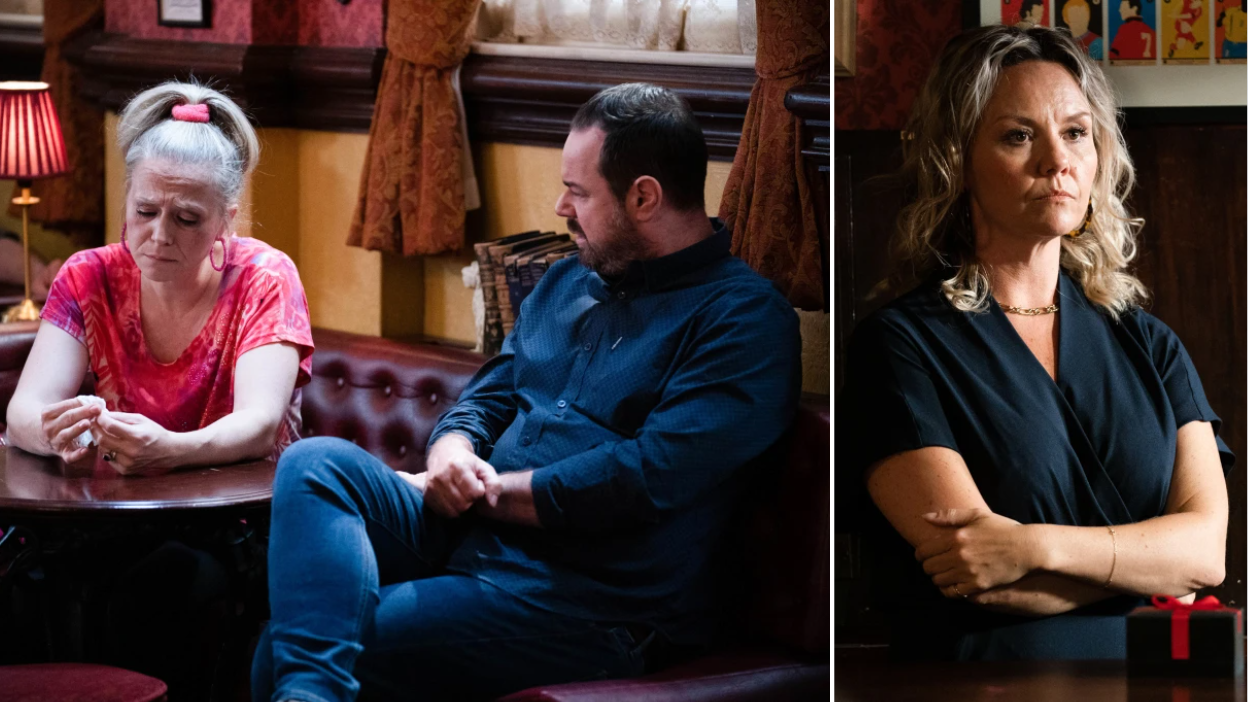 Long-time fans of EastEnders will remember the good old days of the Carters, when Mick (Danny Dyer) and Linda (Kellie Bright) were one of the most solid couples on the square.

A lot has changed since then, with Linda’s battle with alcoholism ultimately driving them to divorce.

However, in recent weeks, Mick and Linda have begun to grow close once more, with Mick stepping up to take care of baby Annie following her removal by social services.

Unbeknownst to them, it was in fact scheming Janine (Charlie Brooks) who placed the call to social services, despite her convincing them she was innocent. Could her attempt at driving Linda away have actually brought her closer to her ex-husband?

It appears that that may be the case as Linda admits her feelings to Sharon (Letitia Dean): She still loves Mick!

Before all you Carter stans get too excited, there’s one small issue still standing in their way. Janine is pregnant.

Would Mick be prepared to leave his pregnant girlfriend for his ex-wife?

We’ve seen previously the lengths Janine will go to, and now that there’s a baby in the picture could she be prepared to ramp it up a notch?

Lets not forget how Scarlett ‘s dad, Michael Moon, left the soap. If you need reminding, it was in a body bag, at the hands of Janine.

Would she kill again if it meant seeing Mick and Linda part for good?

Morning Watch: How to Make a Paunch Burger from Parks and Rec, VFX Artists React to The World's End and More – /Film