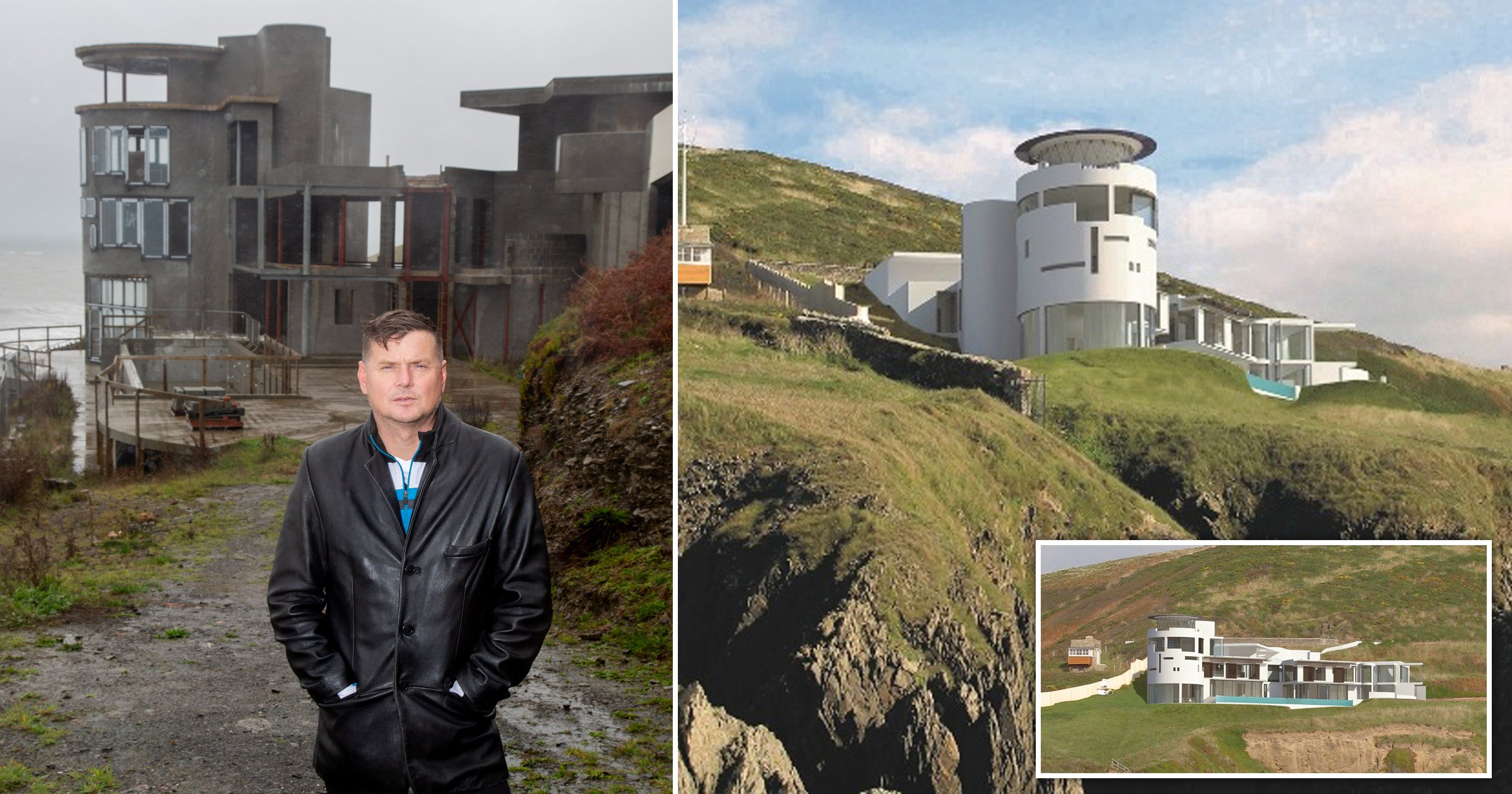 An enormous cliffside property that featured in Grand Designs is now on the market – even though the renovation isn’t finished yet.

Chesil Cliff House featured on what’s been described as one of the ‘saddest ever’ episodes of the programme – as it cost the owner his marriage.

Owner Edward Short is selling the lighthouse-inspired property after spending a decade doing renovations, which are due to be completed this spring.

In the Grand Designs episode, which aired in October 2019, Edward explains his run of bad luck, which left the home unfinished and his family in millions of pounds worth of debt.

It also affected Edward’s personal life, causing him and his wife to separate – but he was still determined to finish the project despite these setbacks.

Now, after spending years on the renovations, the house and its annexe The Eye, are up for sale.

Edward said: ‘I’ll always be proud to have finished this. I owe it to my family to have a real end result, but the time has come to move on.

‘I will have achieved what I set out to do, never deviating from the plans, and for that I’ll always be proud.’

The house is anchored on a cliff and is described by estate agent Knight Frank as ‘one of the most impressive waterfront homes on the North Devon coast.’

It features five bedrooms and bathrooms, four reception rooms, a sauna and a cellar – alongside the three-bedroom studio annexe and a double garage.

A Knight Frank spokesperson added: ‘Chesil Cliff House is positioned on a three-acre site between surfers’ paradise Saunton Sands backed by the impressive UNESCO Biosphere Reserve of Braunton Burrows, and the idyllic cove of Croyde, beyond which sits National Trust-owned Baggy Point.

‘Not only does the property boast high design and build quality, it also has a south-facing position and an ease of access to the water with a private beach and foreshore.’