At the first theaters to host Paul Thomas Anderson’s “Licorice Pizza,” tickets go on sale Friday morning, November 12. The film opens November 26 in New York and Los Angeles only, in four locations — and all will screen the film exclusively in 70mm.

The three New York theaters (AMC Lincoln Square and City Cinemas Village East in Manhattan and the Alamo Drafthouse Brooklyn) and a single Los Angeles site (the Regency Village in Westwood) will show the film in 70mm. Very few theaters can present films in this format and Los Angeles lost one option with the closure of Arclight Hollywood. The Village is a vintage single-screen theater with more than 1,300 seats; its distinctive exterior was a key location in “Once Upon a Time in Hollywood.” Before multi-screen complexes became the norm, it often hosted exclusive initial engagements.

“Licorice Pizza” will expand to a wide national release of approximately 2,000 theaters on December 25. No dates have been announced for additional limited dates, although more could be revealed after the initial opening. 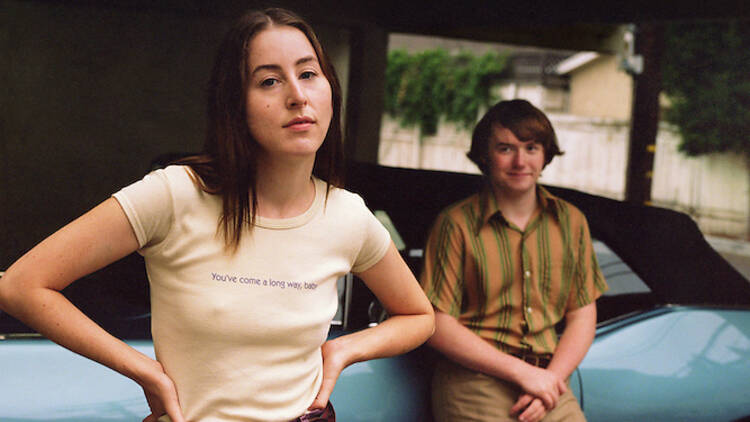 A two-city platform opening is normal for Anderson’s films, but in today’s climate it’s a rarity. Specialized awards-contending titles like “Spencer” (Neon) and “Belfast” (Focus) are skipping limited strategies to open in 1,000 or more theaters, which positions them for early VOD availability. (Neither “Spencer” nor “Belfast” has announced VOD release dates). Other titles like “King Richard,”  “The House of Gucci,” “Nightmare Alley,” and “West Side Story” were always intended for wider debuts. Very few titles are hewing to an initial New York/Los Angeles release; an exception is Pedro Almodovar’s “Parallel Mothers” (Sony Pictures Classics), which opens December 24.

A platform release on Thanksgiving weekend was key for awards players like “The Darkest Hour,” “The Shape of Water,” “The Imitation Game,” and “The Artist.” It provides maximum attention just before voting begins for awards groups and the holiday timing leads to elevated grosses — which, in turn, draws greater notice.

Cinephile interest in Paul Thomas Anderson movies is always high, but the “Licorice Pizza” strategy will make it stand out even more. It should make many of these initial dates sell out, even for those beyond the initial weekend. (Each theater represents a single 70mm screen.) The director’s most dedicated fans will attend, which should help spur momentum and interest — not to mention social media — for its later wider release. Even Wes Anderson’s “The French Dispatch” opened in 50 theaters in 14 cities, and has expanded in the following weeks.

Of course, a bold strategy like this one comes with risk. Adult audiences have yet to make a significant comeback for specialized films, but it appears that United Artists believes “Licorice Pizza” will be a broadly popular. A 1970s California coming-of-age story is much less esoteric than other recent Anderson films, with a setting and period similar to “Boogie Nights,” one of his most popular films.

Ticket purchases can be made at each theater’s online site as of Friday morning.