It’s LeBron James’ chance to do his dance at the Space Jam, and the first trailer for his much-anticipated sequel, Space Jam: A New Legacy, previews a looney adventure both familiar and unique from the 1996 classic starring Michael Jordan.

Like in the original, LeBron plays a fictionalized version of himself who teams up with Bugs, Daffy Duck, Tweety Bird, Lola Bunny and the rest of the Tune Squad for the biggest game in basketball history. This time, they’re taking on the Goon Squad — not the Monstars — a souped-up team of professional players assembled by Don Cheadle’s baddie.

In A New Legacy, LeBron and his son, Dom (newcomer Cedric Joe), are pulled into the so-called Warner 3000 entertainment “Server-verse” by a rogue A.I. named Al G Rhythm (Cheadle), who kidnaps Dom in order to steal some of LeBron’s Insta followers. So, they’ll settle their beef with a basketball game, with the likes of Batman and King Kong watching courtside.

A New Legacy hails from director Ryan D. Lee and producer Ryan Coogler (Black Panther) and co-stars Sonequa Martin-Green as LeBron’s onscreen wife. “I am really excited for [fans] to see how it’s been modernized, because I was really, really touched by that,” she told ET. “It’ll be something that can be a bridge for the next generation to enjoy.”

Space Jam: A New Legacy is in theaters and streaming on HBO Max on July 16. 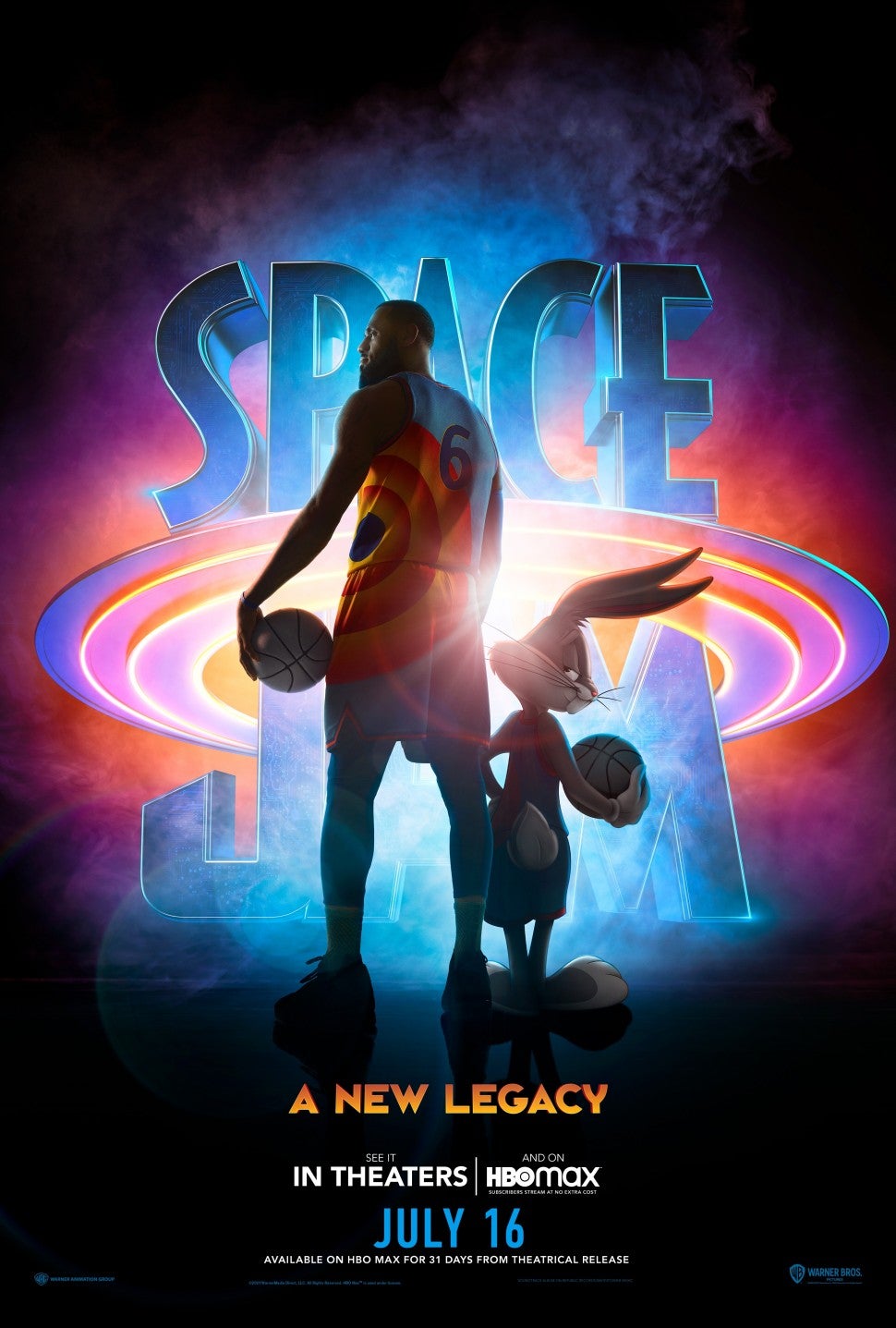