In NBC’s latest TV series to hit the air, a massive sinkhole opens in Los Angeles and swallows half of the Harris family along with many others. La Brea features everything from prehistoric creatures to psychic visions, but how will everything connect in the story? Bryan Wynbrandt, one of showrunners, teased how it’s all going to go down. 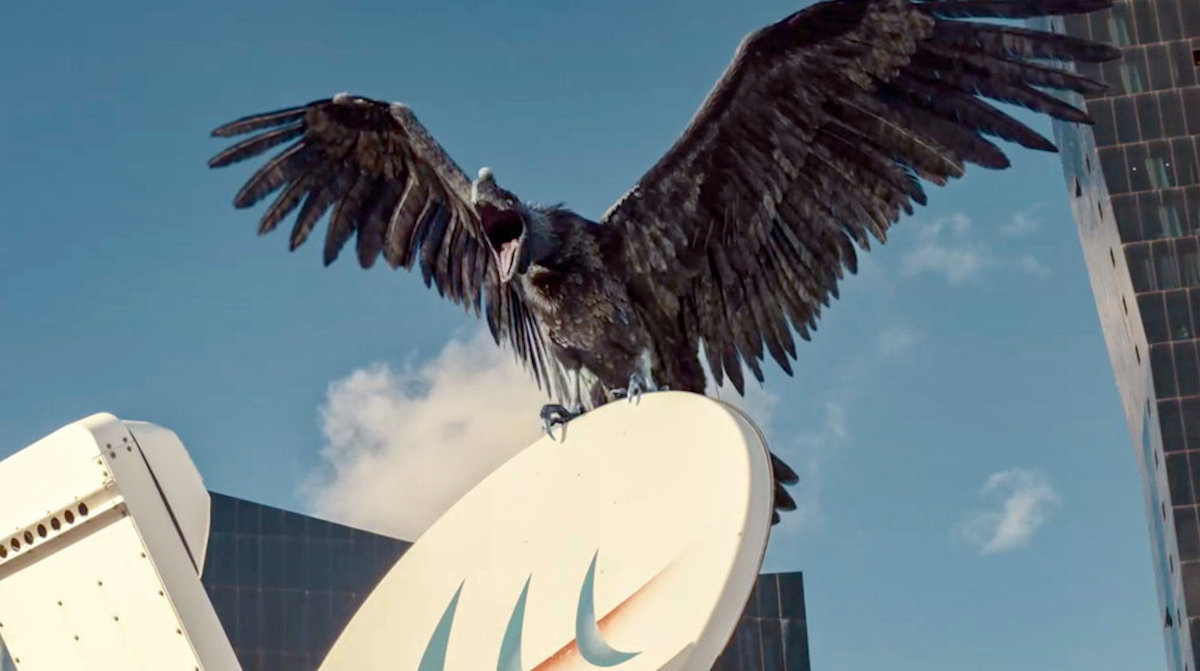 What is La Brea about? Sinkholes? Psychic Visions?

Yes, to all of the above. La Brea stars Natalie Zea as Eve Harris, mom of Izzy (Zyra Gorecki) and Josh (Jack Martin.) She and Josh are swallowed up when a giant sinkhole opens up in the middle of LA Most would think those that didn’t escape the sinkhole fell to their immediate deaths, but that isn’t the case in La Brea. But we’ll come back to that.

Up on top, Izzy is left without her mother and brother. She tracks down her father and finds that he’s actually having psychic visions of the place his estranged wife and son landed. Of course, there are shady government agents who know more than they’re saying, but aren’t there always?

The land where Josh and Eve fell to is essentially a form of Hollow Earth. (Similar to where King Kong lived at one point.) They’re with several others who fell through the sinkhole, but they aren’t alone. Before getting too cozy in the new place, prehistoric wolves start attacking, and the number of people starts to dwindle. The episode ends when Evie realizes they’re in another version of L.A. (Maybe. We aren’t sure.)

There might have been a similar incident, but we aren’t positive

Gavin (Eoin Macken), Josh and Izzy’s dad, confesses to Izzy about the visions and says he needs to speak to someone in charge. Immediately after, Dr. Sophia Nathan walks into a tent filled with military personnel and mentions the “Mojave Incident.” This doesn’t seem like her first rodeo sinkholes swallowing parts of large cities.

Back down the hole, one of the survivors shoots off a flair, and over to the side, a mysterious man is wearing a fur coat. On the back is a red handprint that’s similar to others we’ve seen in the episode. TV Insider had a chance to speak with showrunners David Applebaum, Bryan Wynbrandt, and Steven Lilien.

When asked about the mysterious man and the ominous-sounding Mojave Incident, Wynbrandt replied, “These are great questions and they’re also exciting questions because you’re honing in on the things we want you to be asking. … There’s a big spider web of connections in the show. Is he connected directly to the Mojave event? You’ll find out pretty quickly what his connection is.”

When will we get answers to some of ‘La Brea’ mysteries?

While we might not have a lot of answers yet about everything going on in La Brea, Wynbrandt also promised that audiences would have an answer this season. This is a change from similar shows like Lost, which took years to answer specific questions. It’s refreshing to know we won’t be waiting that long.