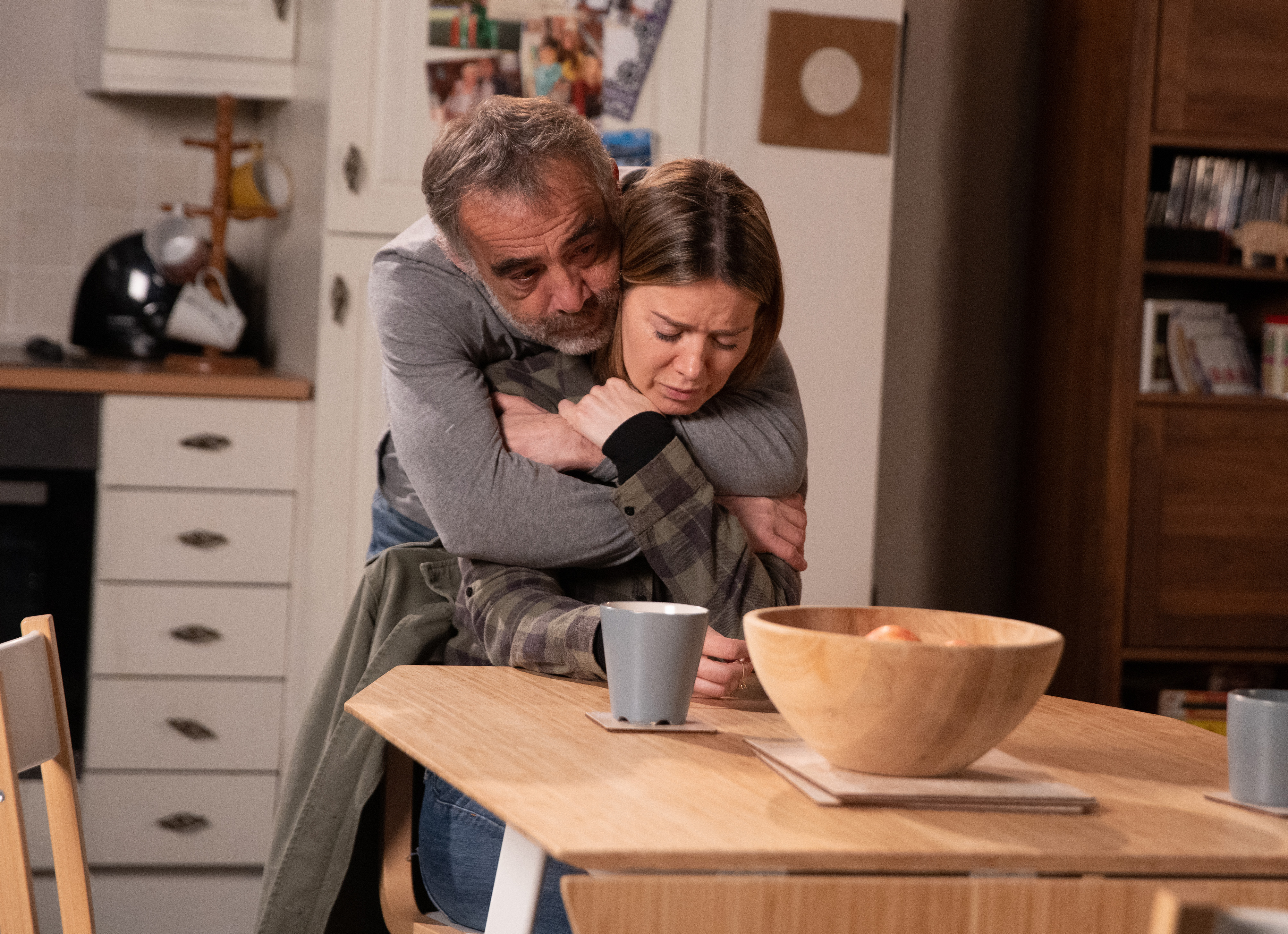 Kevin (Michael Le Vell) and Abi Webster (Sally Carman) finally work together in upcoming episodes of Coronation Street as they decide to fight for baby Alfie.

Abi’s initial plan to expose the truth about Imran and his lies hasn’t exactly gone her way.

She feels the whole world is against her and has decided the only way she can be with her son is to kidnap him and flee the country.

Meanwhile, aware he’s destroying Abi, a guilty Imran makes the decision to come clean to both the court and Toyah (Georgia Taylor).

As the week continues, Toyah and Imran are involved in a huge car crash, knocking them both unconscious.

Elsewhere, as Kevin tells Abi he wants her back in his life for good, they can’t be happy for too long as they discover Imran and Toyah have been in a crash.

As an investigation gets underway, Kevin assures Abi they’ll fight for custody of Alfie.

But with the police convinced the crash wasn’t an accident, will Abi even get her baby back if she’s accused of causing the event?

'The Bold and the Beautiful': Fans Believe Li Is Going Crazy

Who has Cain Dingle slept with in Emmerdale?