KATIE Price's boyfriend Carl Woods pulled her out of her wheelchair for a kiss as they made their red carpet debut tonight. 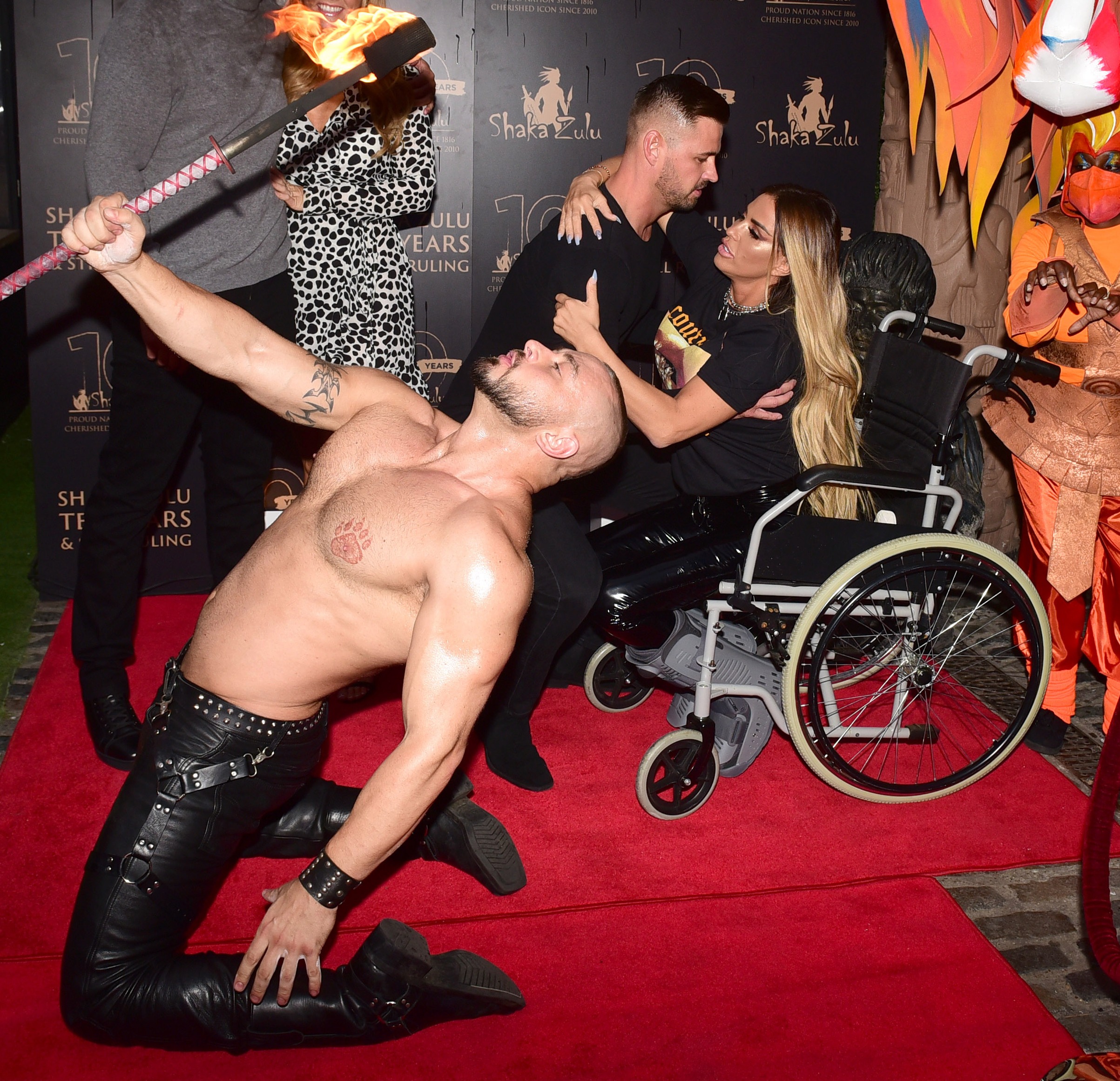 Making sure Katie didn't miss out on a photo opportunity, Carl helped up the wheelchair-bound star who broke both her feet on holiday this summer.

They posed with pals as they were surrounded by entertainers putting on a show for the celebrity punters.

It's the first time Katie has been out to a public event since meeting Love Island star Carl in June.

She's in recovery after a seven-hour operation as doctors worked to repair her badly damaged heels that have left her unable to walk. 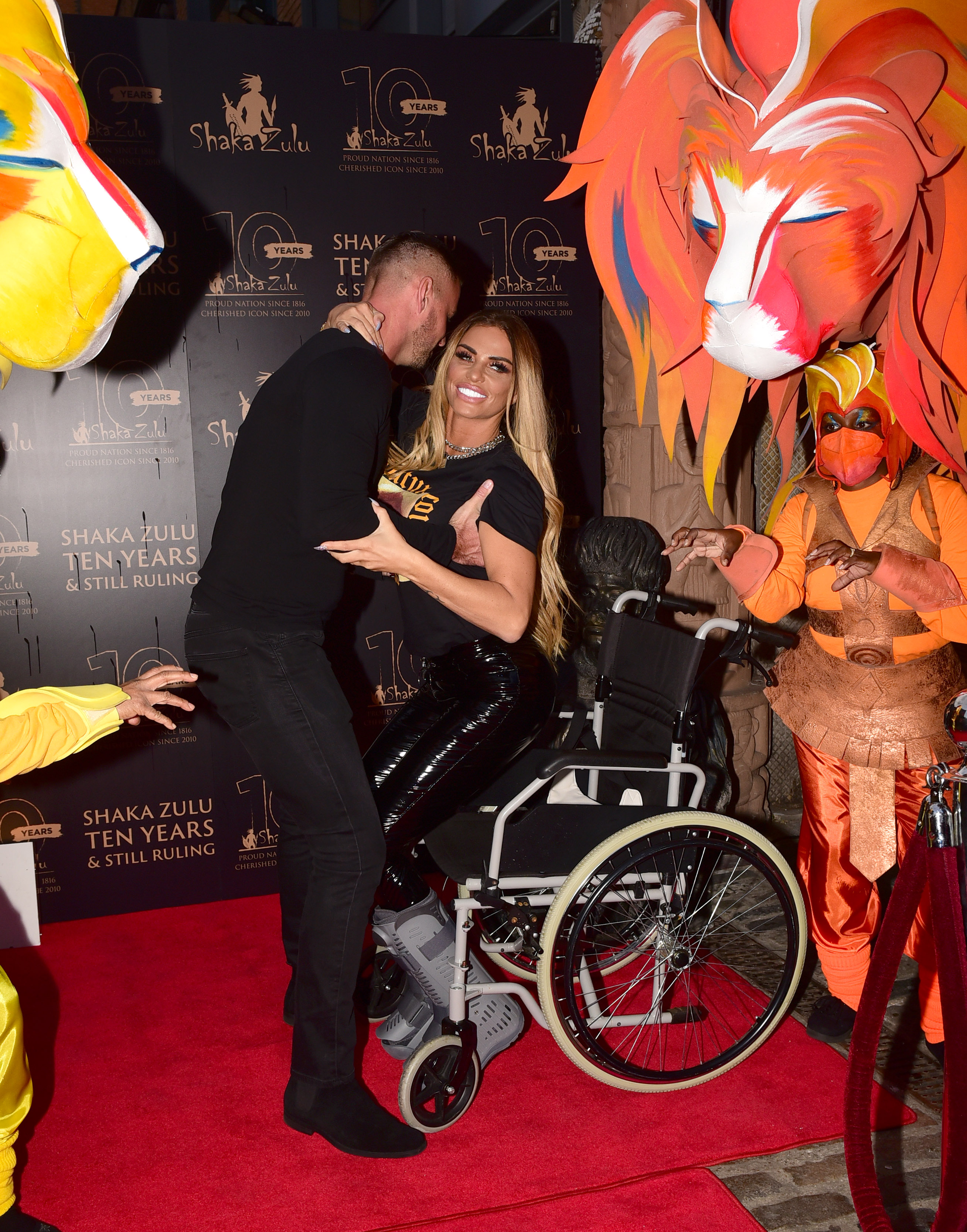 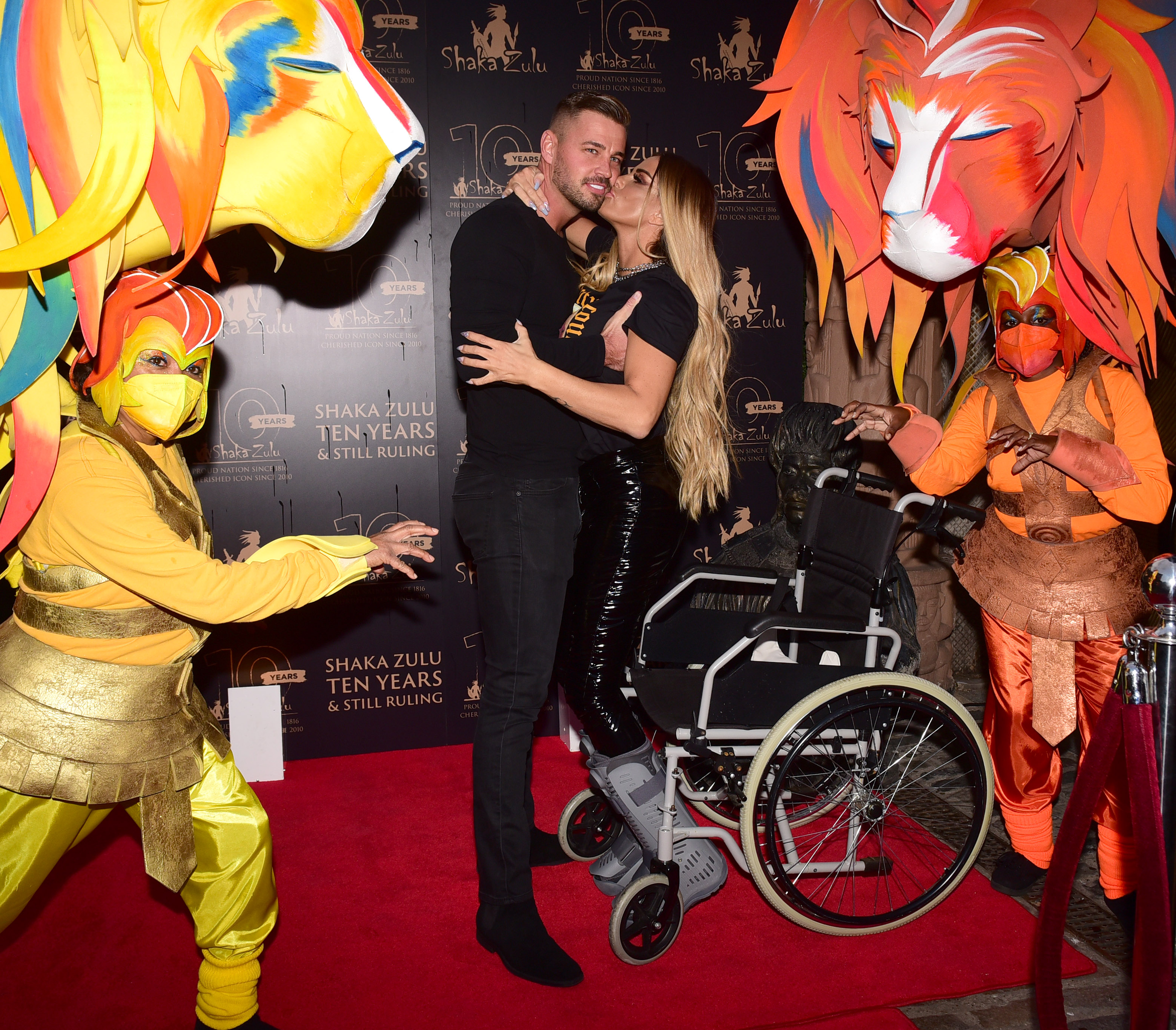 Katie, 42, recently spoke about finally finding her "Mr Right" in her first interview since her accident in Turkey.

She told The Sun that Carl had more than proved his loyalty in the aftermath of her horror injury.

But she admitted: “I just feel sorry for him because we started our relationship and now I’m in a wheelchair.

“He is so good, I’d be lost without him. If that’s not love I don’t know what is. 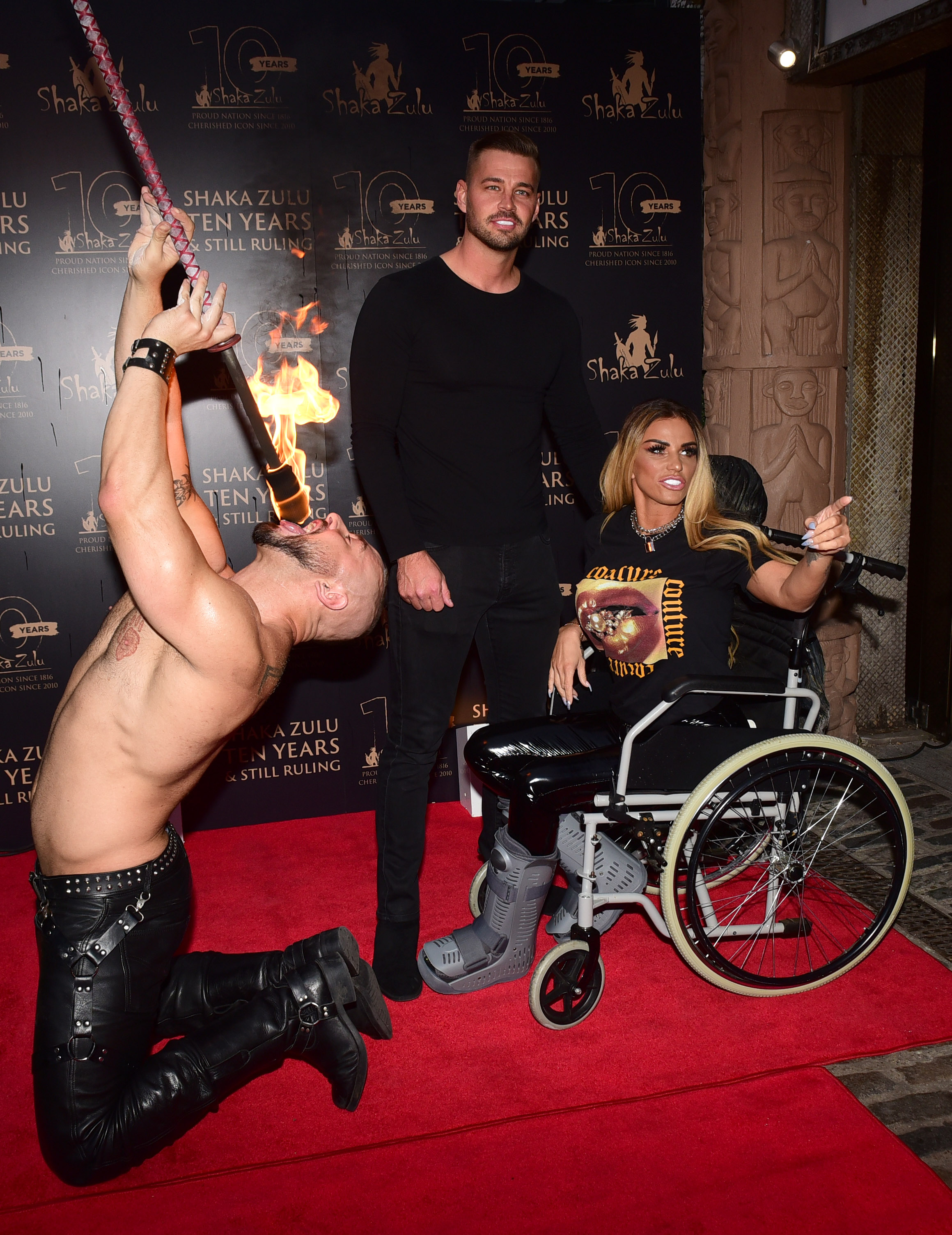 “I just hate it because I’m quite a strong bloody woman and now I’m weak and vulnerable.

“He stuck by me and that says a lot, and I’ve changed a lot to be with him as well. 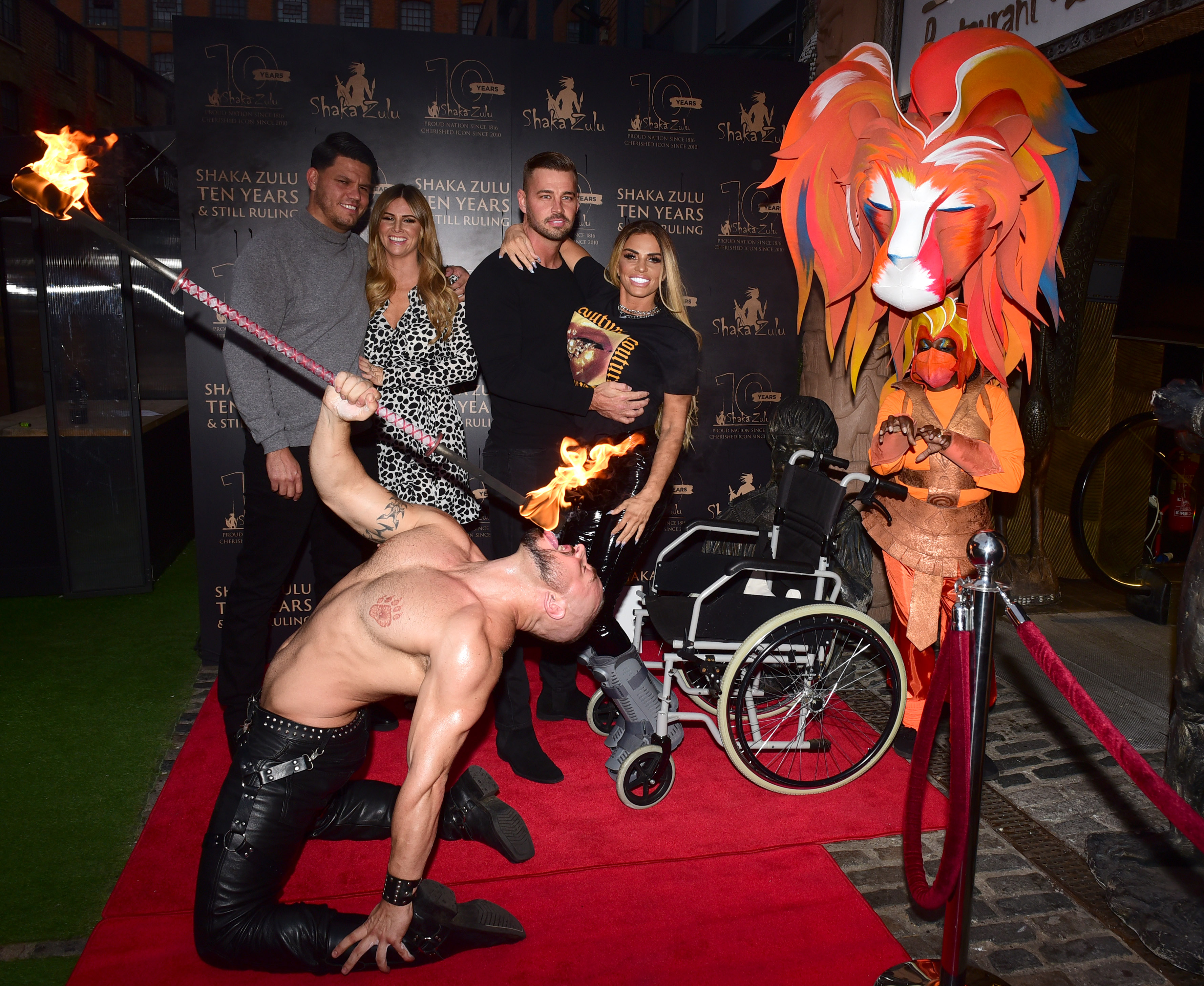 “He’s the first man to have changed me in every way. So many men have tried to change me and I’m like, ‘No one tells me what to do’."

Today footage emerged of Katie screaming out in agony after doctors worked quickly to snip 50 stitches from her and pull them out one by one using a small blade and tweezers.

A stitch became embedded in the huge bloody scar on her foot and she yelled out in pain.

'90 Day Fiancé': Ash Reveals Why Avery Dumped Him After Filming