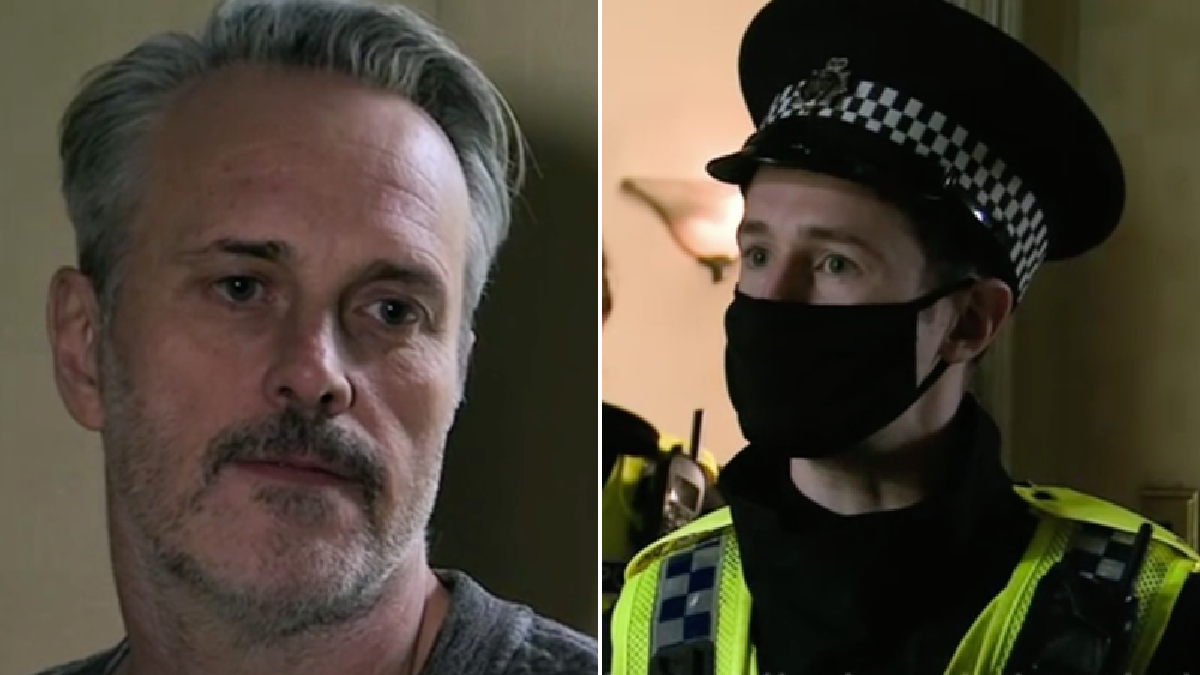 Ray Crosby (Mark Frost) faced the music in Coronation Street tonight (February 12), as he was finally arrested by the police.

The vile hotelier has made quite the impression on multiple residents of the eponymous street, and he’s certainly made an enemy out of most of them.

His business development threatened to put several of the mainstays out of their homes, and his sick and twisted behaviour has resulted in him becoming public enemy number one.

In other words: he’s not liked very much!

However, following an altercation with Abi Franklin (Sally Carman), Ray has been in hiding, but he came out of hiding in tonight’s edition of the ITV soap after learning from solicitor Miles that Debbie Webster (Sue Devaney) had double-crossed him.

Determined to ensure that she paid for what she’ done, Ray intimidated Debbie, before throwing her into the freezer at the bistro.

Kevin (Michael Le Vell) arrived in the nick of time, walloping the hotelier across the face, but before he could get his sister out of the fridge, Ray came around and locked the pair of them in!

Leaving them to die, he set off to the airport, but he was ultimately apprehended by the police, who proceeded to question him about whether or not he bribed a council official.

Has justice finally been served? Will Ray go to prison for his crimes?

Speaking of crimes, will he be adding murder to that list? If Kevin and Debbie perish in the fridge, then it’s certainly a possibility!