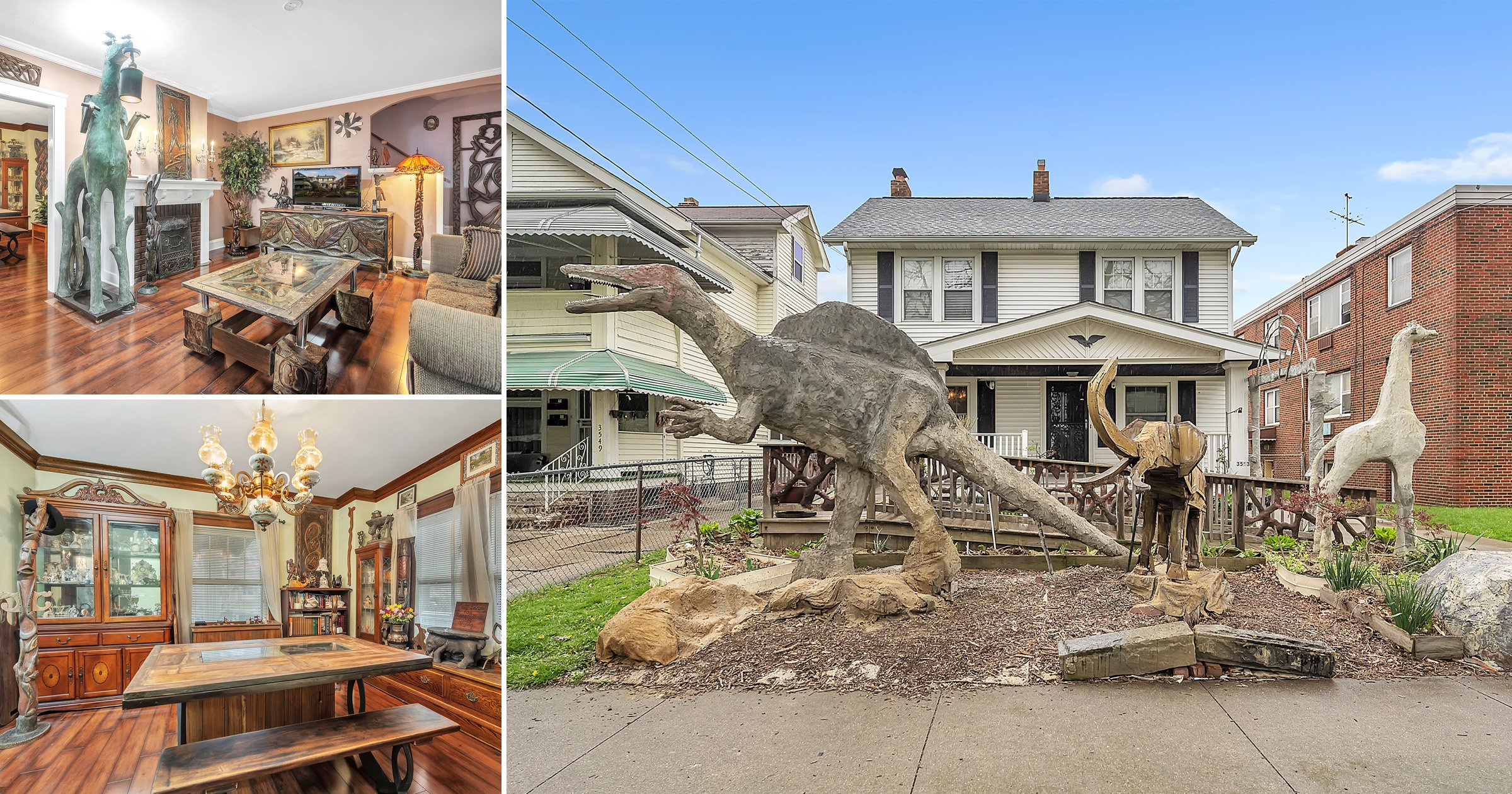 Surrounded by dinosaur statues, as well as elephants and giraffes, the three-bedroom, three-bathroom home has been named ‘Jurassic Park House’.

The colonial property was built in 1924 and looks fairly inconspicuous if it wasn’t for the five wood-carved wildlife statues guarding the property.

In the front yard there’s a dinosaur, an elephant and a giraffe, while another elephant and giraffe stand guard in the back garden.

The inside of the house, which has beautiful wood floors and eclectic decor, is mostly devoid of any wildlife – except for one large giraffe in the lounge, which appears to be a light fixture. 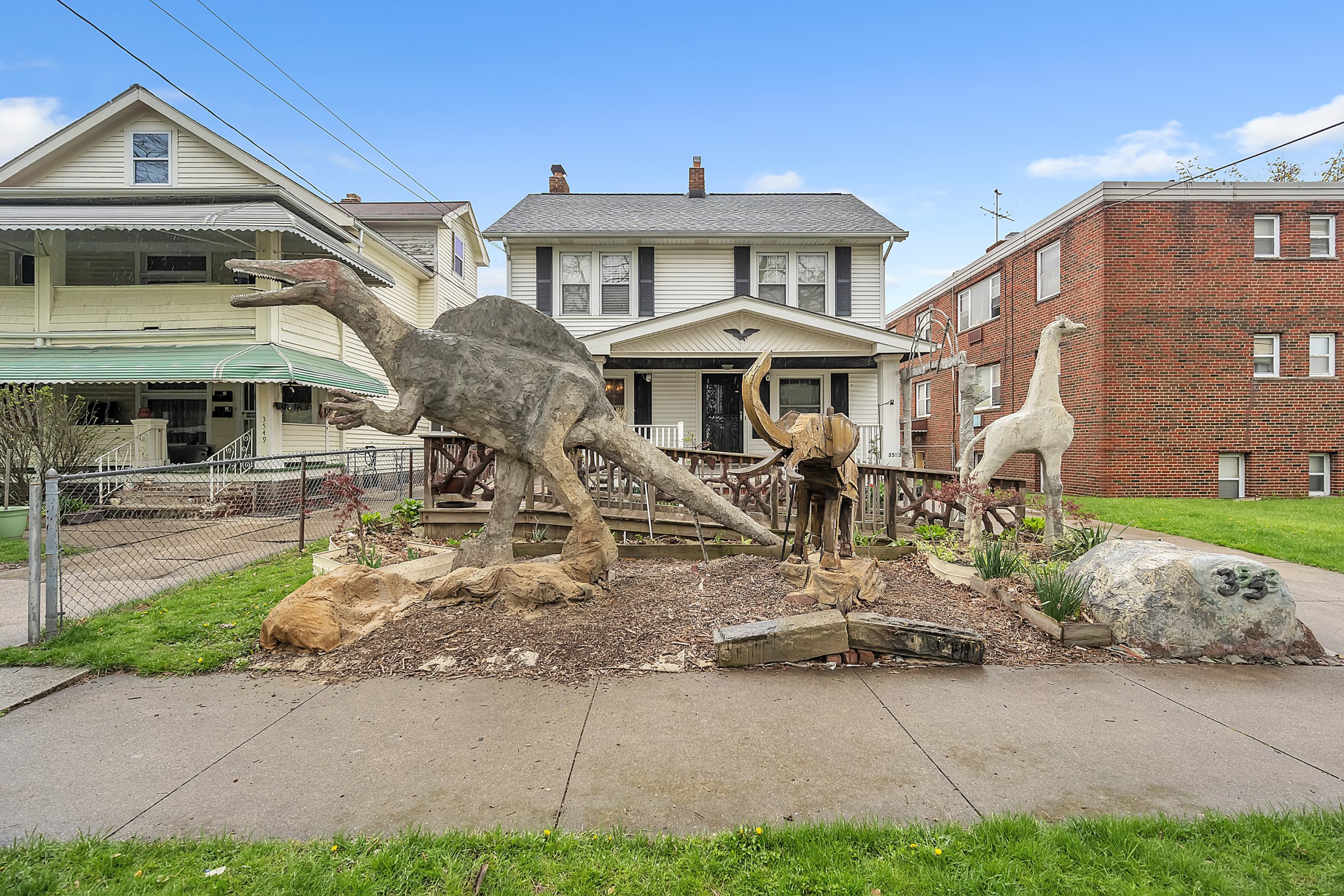 Since then, the property has been viewed more than 50,000 times and 1,500 people have saved the listing.

After the listing was shared on social media, the post racked up 43,952 likes and thousands of comments.

‘Please tell me this is a real house for sale,’ wrote one Instagram user.

‘For that price this would be a major stealasaurus flex,’ wrote another.

And people are here for the dinosaurs.

‘Look, I’m not going to question the historical accuracy as to why there’s a giraffe with the dinos, because I absolutely love it!’ added one fan of the property.

Another person said: “The interior needs more dinosaurs. If you’re gonna have dinos, HAVE DINOS!”