Judge Judy has opened up about her experience with Hurricane Ian back in September, admitting that they lost two of their cars in the floods.

Speaking on Good Morning America on Wednesday, she explained: “Several of us have places in Florida, we’re Florida residents. We kissed goodbye to a couple of cars, which went floating. But, generally speaking, we were luckier than most people down in Florida. And we’re hoping to get back before the season ends.”

Described as one of the most powerful storms to ever hit the US, Ian slammed into Florida’s southwest coast as a major Category 4 hurricane in late September, bringing 150 mph winds and a life-threatening storm surge.

The horrific natural disaster killed over 119 people, and was the worst in Florida since 1935. Celebrities from David Beckham to Kerry Washington sent messages of support following the heartbreaking devastation, with David writing at the time: “My thoughts are with all those impacted by the hurricane in Florida. I hope everyone is keeping safe.” 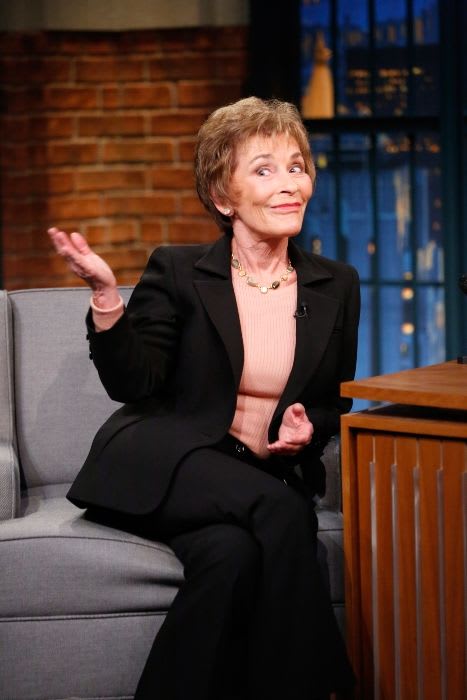 The TV star opened up about the flooding

During her visit to GMA, Judge Judy also opened up about keeping true to herself on her show, saying: “It’s been sort of easy. I grew up with, you know, you do the right thing, the right thing happens, take responsibility.

SEE: David Beckham wells up as he passes by the late Queen’s coffin

“Things don’t function anymore. I found, in the family court, that the dysfunction that I saw had not been resolved, and, despite the fact that billions of dollars were spent trying to find remediation and just the right therapy and social services, it didn’t get better.

“Today is just another example of, you haven’t found the formula yet. So, I just stay in my own little world. If you tell the truth, you don’t have to have a good memory. Try to keep good friends, and keep your enemies closer — until you find out how you can annihilate them.”

Netflix Defends ‘The Laundromat,’ Will Premiere Friday Despite Lawsuit to Stop Release