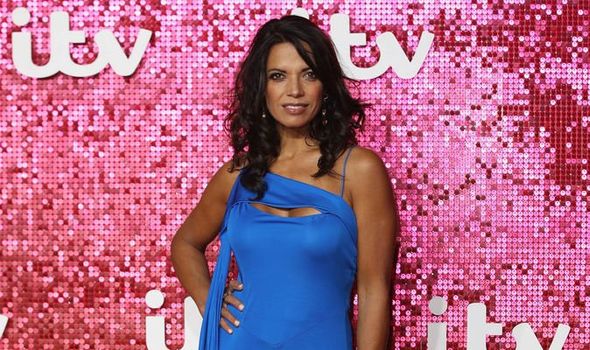 What was your first TV memory? My first significant one was Planet Of The Apes, the TV series – I was six and it absolutely petrified me, I had nightmares for years afterwards. My older brother and sister accidentally on purpose let me watch it and it scared the living daylights out of me.

What was your first TV appearance?

No Limits, which started 35 years ago on BBC Two. It was like the alternative to Top Of The Pops with our own charts and power plays. It was a travelogue with music, every week we were somewhere different. I did it with Tony Baker and you can still find it on YouTube. I haven’t got the curves any more and my accent has changed. I’ve lived in Cheshire for 30 years.

Who was your first TV crush?

I was pretty mesmerised by Noel Edmonds, I was in awe of him at the time, but the only poster on my bedroom wall was Nick Heywood. When I had to interview him on Gimme 5 ten years later I went to pieces. I told him he’d been on my wall and that I’d fainted at his concert.

What is your favourite current show?

I love Bridgerton on Netflix. It’s very lively, refreshing and raunchy, not dour or moody. Phoebe Dynevor is great as Daphne. I know her because of her mum, Sally. I like Schitt’s Creek a lot too, for the quality of the comedy. 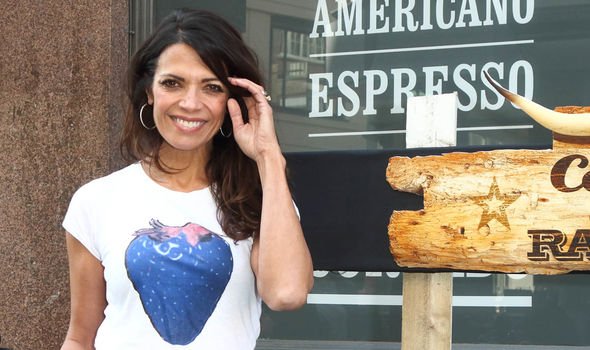 Which TV show would you take to a desert island?

Game Of Thrones. I was a real late starter. I only watched it because I had to interview Kit Harrington, so I binge-watched it and loved it. I’ve got sheepskins everywhere now!

What TV show would you like to put out of its misery?

Ironically daytime game shows. I just relate them to being out of work. Shows like Supermarket Sweep are the worst. Why are you watching that?

UFC Fight Night. My other half is a Brazillian jiu jitsu champion so it’s been hammered into me for quite a while. I like Georges St-Pierre, he’s cool; and Khabib Nurmagomedov. The only thing I don’t like is that they don’t clean up the blood between bouts.

What are you up to at the moment?

I’ve just started doing the Weekend Breakfast show on Greatest Hits Radio and the podcast I do with Kelly Pegg, Hot Mess Mums’ Club, is in the Top Ten. We clash on a lot of subjects.