ACTOR Daniel Craig was pictured leaving the No Time To Die afterparty alongside his rarely-seen daughter Ella Loudon, 29.

The 53-year-old was celebrating his final installment as 007 at swanky London member's club Annabel's following the film's premiere at the Royal Albert Hall. 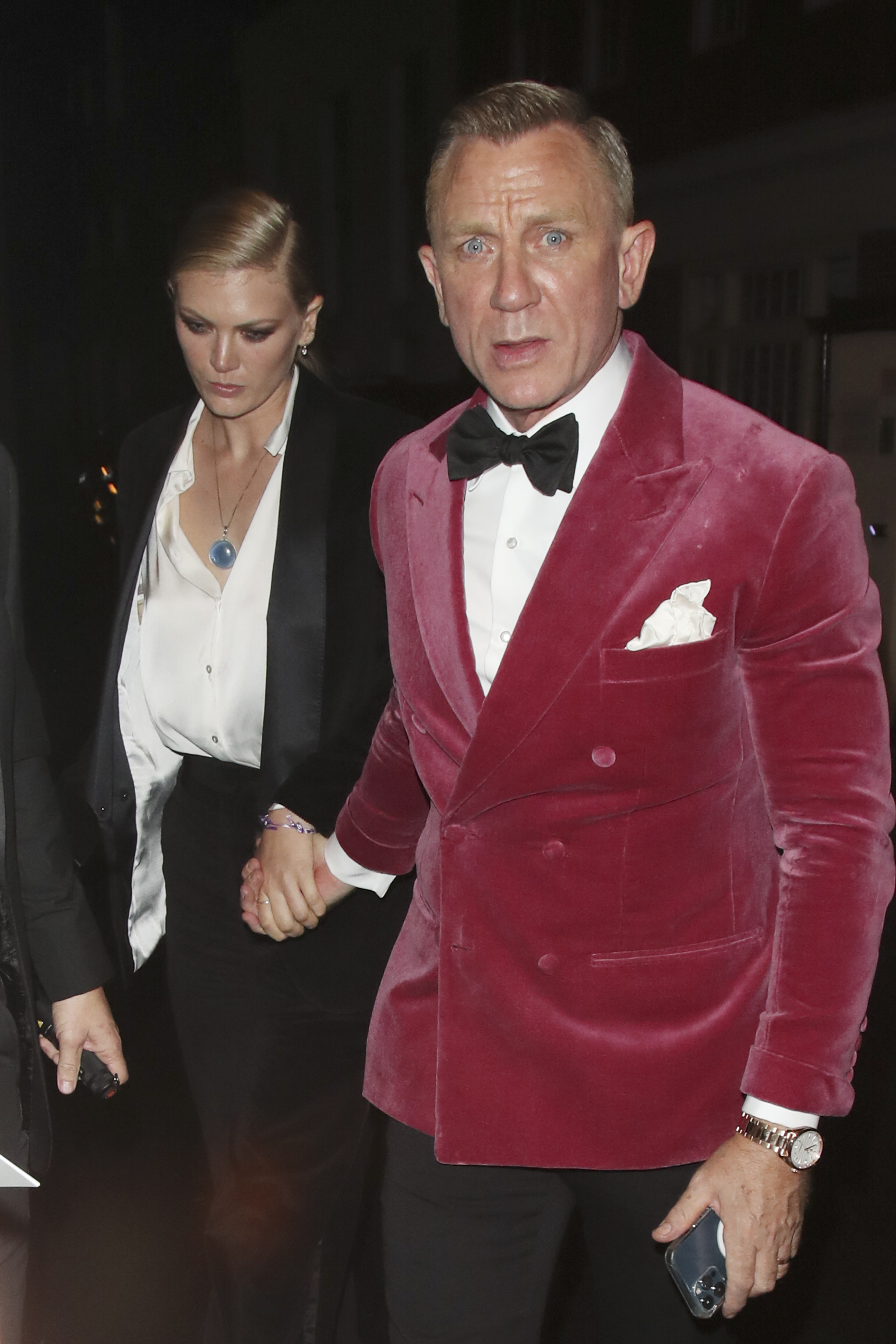 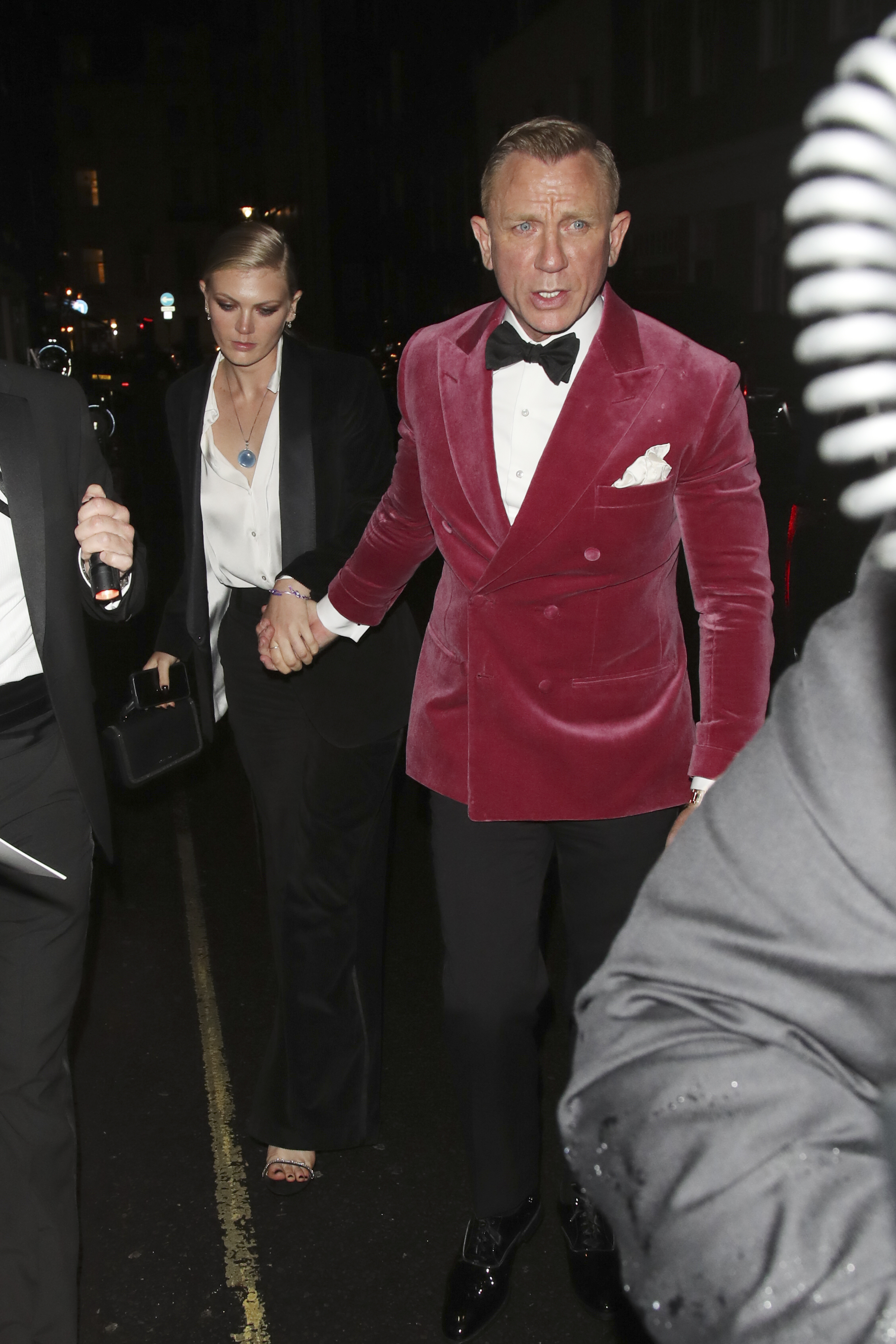 After all the excitement, the James Bond star was spotted leaving the glitzy event hand-in-hand with his eldest daughter, who he welcomed with ex wife Fiona Loudon.

Ella looked effortlessly chic for the cinematic event in a black suit which she paired with a white silk shirt and Jimmy Choo heels.

The up-and-coming actress complemented the tailored look by sweeping her blonde hair into a sleek bun and sported a dramatic smokey eye.

Meanwhile, Daniel, who said goodbye to Bond after 16 years in the role, was seen still clad in his stylish red velvet blazer from the premiere.

Following a night of celebrations, the father and daughter were seen jumping into a waiting taxi to take the pair back home.

Craig married to Ella's mother, actress Fiona Loudon, in 1992 – but it wasn't meant to be and the pair divorced in 1994.

The movie star then dated with German actress Heike Makatsch for seven years before calling it quits in 2004.

Prior to dating Weisz, he was engaged to film producer Satsuki Mitchell from 2005 until 2010.

The Dream House co-stars married in June 2011, in a small intimate ceremony in New York City.

The couple have since welcomed a child together in 2018.

Although the notoriously private have kept details about their child under wraps, Daniel's eldest daughter Ella appeared to accidentally let slip the name of her two-year-old step-sister in December. 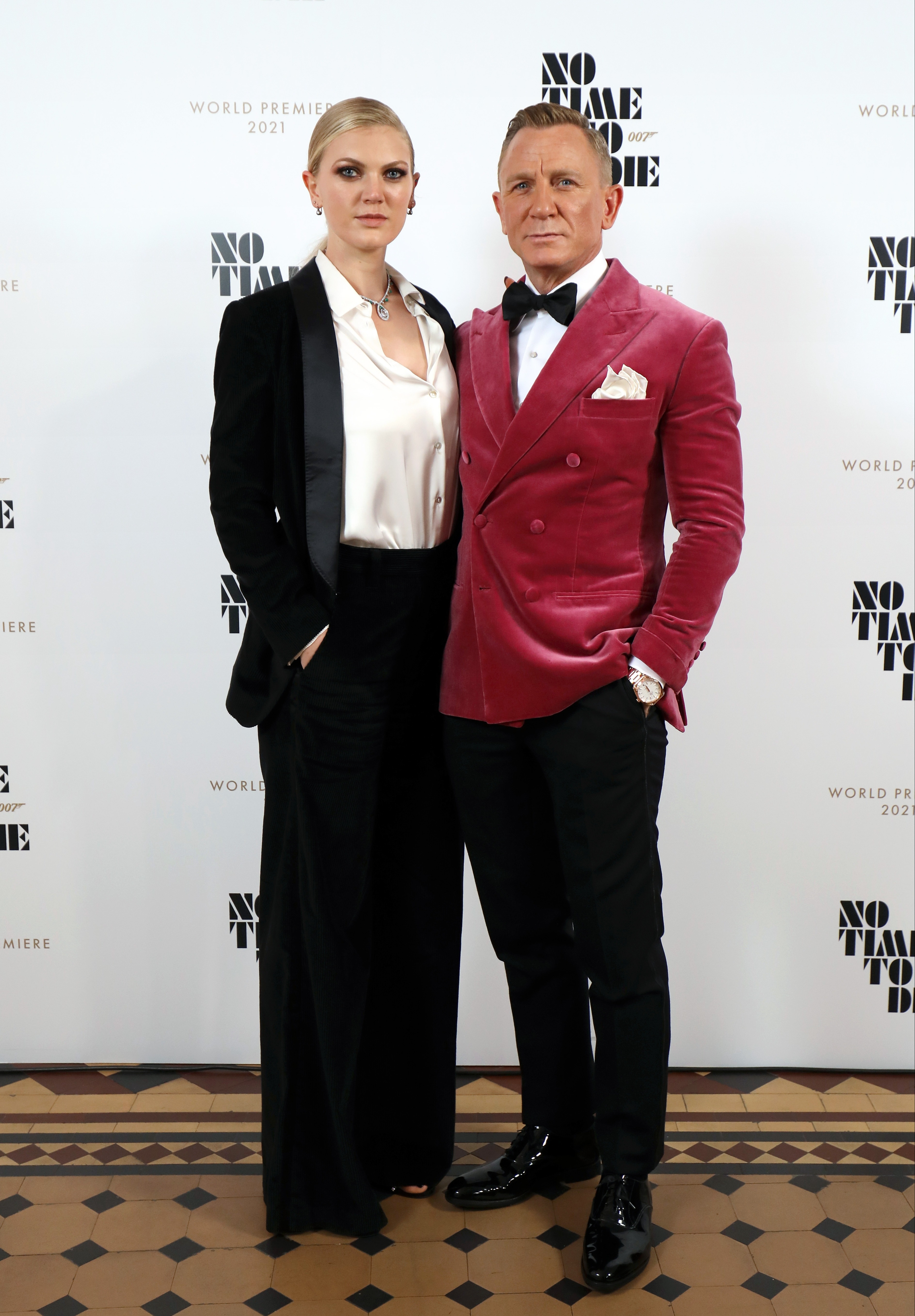 FBI season 2 air date: When does it start? How many episodes?