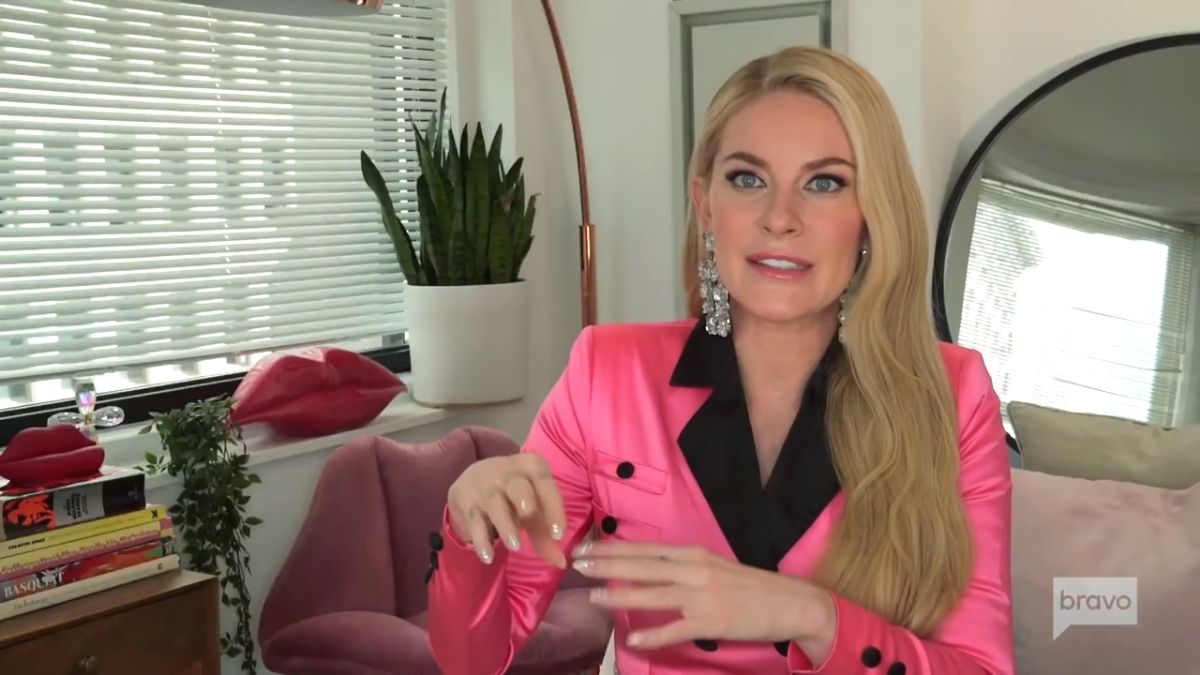 First of all, if what we’re hearing is true Bravo seriously needs to get their act together ASAP!

There could be a chance that our favorite new housewife, Leah McSweeney, might not return to the Real Housewives of New York City for a second season.

And honestly, if Leah leaves the show, Bravo will have a riot on their hands.

The blonde beauty came on the scene in Season 12 and stirred things up in the Big Apple – quickly becoming a fan favorite.

Now that the season is over, we hear that the network wants to diversify the cast.

Dorinda Medley has already been fired from the show and reportedly OGs Ramona Singer and Luann de Lesseps are concerned about their positions as well.

And while the 38-year-old is certainly not on the chopping block, contract negotiations might cause her to walk away.

A new report from Page Six is giving us insight into what’s been going on between Leah and Bravo.

Apparently, it’s time for contract negotiations and things are not exactly going in Leah’s favor.

Sources say the Married to the Mob owner feels disrespected by the “minuscule” paycheck being offered by the network for Season 13.

The source also revealed that McSweeney earned $3000 per episode, which totaled about $60,000 for the entire season.

However, now she reportedly feels that the network is trying to underpay her by offering a similar amount to her Season 12 paycheck.

Leah will not return to the show until she gets a better offer!

And who could blame her? The RHONY newbie brought more during her first season than any other reality star on any other show. There, I said it!

Leah deserves every dime she’s asking for after jumping head-on into the mix with the other housewives and making a true mark for herself!

Bravo needs to pull their act together, and fast, since filming for the new season of RHONY is scheduled to start in two weeks, as noted by the news site.

Plus, now that they’ve dropped Dorinda Medley, and Tinsley Mortimer is also out of the mix, they do have some extra cash to throw Leah’s way.

If Bravo plans to bring in some fresh new faces, chances are, they won’t be offered the amount of money they were paying Dorinda or Tinsley anyway. So why is Bravo being so tight with the purse strings?

We don’t know if these rumors are true, but I say give Leah McSweeney whatever she wants.