The Blue Bloods family has expanded. An unexpected grandson has turned up at the Reagan’s dinner table. Joe Hill, played by Will Hochman, is Joe Reagan’s son. The late, Joe Reagan was the NYPD Police Commissioner Frank Reagan’s (Tom Selleck) oldest son. History reveals Joe Reagan, who was also an NYPD police officer, was killed before the series started a decade ago.

The Reagans knew nothing of Detective Joe Hill. Similarly, Blue Bloods’ fans know little about Hochman, the actor who portrays him. Just where did this actor come from and is he married? Here is what we know. 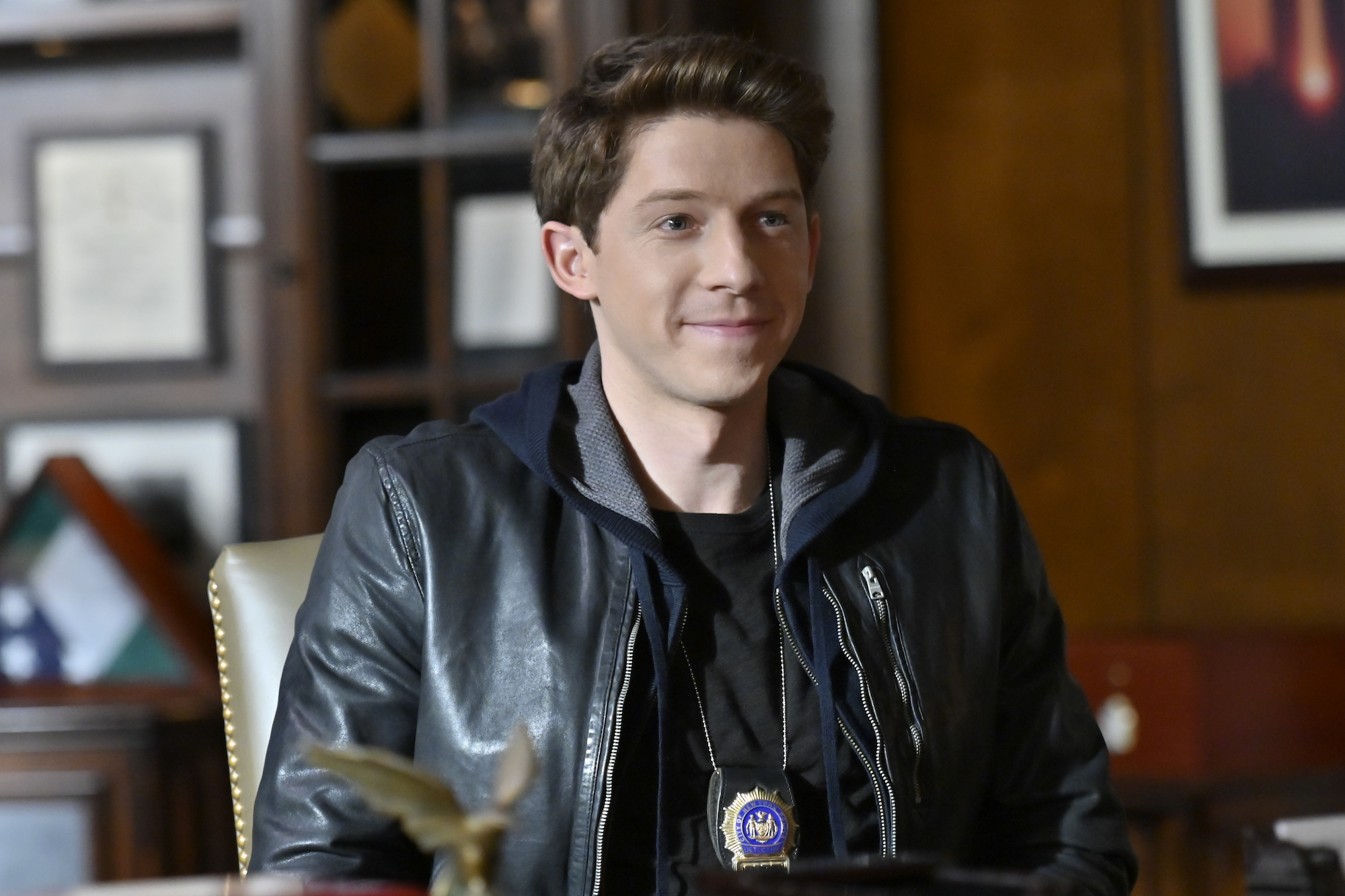 At the time of Joe Reagan’s death, his girlfriend, Paula Hill (Bonnie Sommerville), was pregnant. The Reagan family didn’t know about it, and she decided not to tell them. She wanted to shelter her baby from the Reagan family business of becoming police officers.

For avid Blue Bloods fans, this may be a bit confusing as in Season 7, we met Angela Ferraro (Lucy Owen). Ferraro was also a former girlfriend of Joe Reagan’s who came to Frank’s office to announce she was getting married, to another police officer. She wanted Frank, and the rest of the Reagan family, to attend her wedding, according to Fandom. Some fans assumed she was Joe Reagan’s girlfriend at the time of his death. Apparently not,

At the end of Season 10, and leading into the new season, we meet Paula Hill, who asks Frank to transfer her son, his grandson, to a less dangerous post, according to Parade. Frank says he cannot do that, as any position within the NYPD can be dangerous.

As Joe Hill, Hochman enters the show as Frank Reagan’s now oldest grandchild. The 28-year-old Hochman has not appeared much on television. Portraying Sergeant Jacob Kalb in 2019 on the CBS drama, The Code had been his only credit appearance before Blue Bloods, according to Country Living. For those who saw the recent film Let Him Go, they will recognize Hochman as Tucker.

It is Broadway fans who may be the most familiar with Hochman. He played Christopher opposite Mary-Louise Parker, who portrayed his professor, in The Sound Inside, according to Broadway. He later appeared in Sweat at Los Angeles’ Mark Taper Forum, and in Dead Poets Society with the Classic Stage Company in New York.

While he certainly would make a great catch, Hochman is not married, and it is not known if he is currently dating anyone. Having earned his degree in Economics, he also took classes in the theater arts. “As a kid, I’d be lying in bed at night and imagining myself doing the talent shows in middle school or like auditioning for the plays and never did,” he said in an interview. “I was too afraid. It took until college to gather up the courage to walk into the theater building and take an acting class.”

He got hooked and wanted more. As a junior, he tried to talk the theater department chair into letting him take on a second major. She told him he didn’t have enough time to complete both. He took as many theater classes as possible while continuing his major in economics.

According to Super Stars Bio, Hochman has already amassed an approximate net worth of $1 million. He is cast as a recurring actor in Blue Bloods, although that could advance to becoming a regular cast member at any time.

Most recently Joe Hill teamed up with Sergeant Jamie Reagan (Will Estes) to locate Danny (Donnie Wahlberg) and his partner, Maria Baez (Marisa Ramirez) after they go missing in search of a killer. He also came to the Reagan dinner table for the first time, being invited by Sean (Andrew Terraciano), Danny’s son, who learned of his new cousin while doing an ancestry assignment for school.