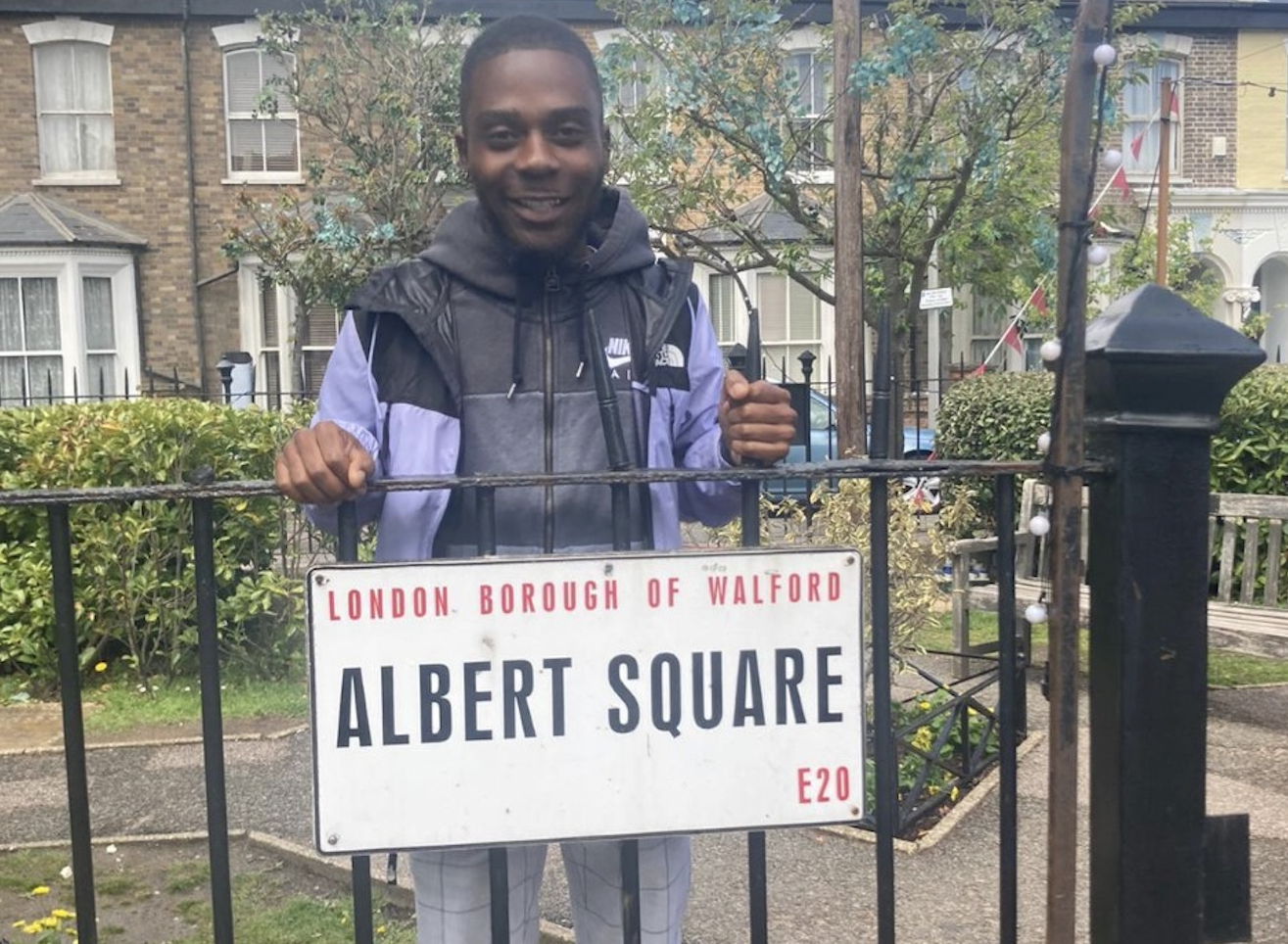 Until I was 15, I was your standard high-achieving student.

I was someone who people expected was going to go on to study medicine, become a doctor and make everyone proud.

I worked hard, got good marks, and was committed to doing well – I wanted to fulfil all the high hopes my family and teachers had for me.

It wasn’t until my GCSEs got closer that I started to feel an intense amount of stress. In hindsight, I see it was good-natured encouragement, but at the time I felt an immense pressure to succeed.

Nearly overnight, I became confrontational and started getting into a lot of arguments with my peers and teachers – something that was very out of character.

As the outbursts became more frequent, my Head of Year recognised that something was wrong and advised my parents to take me to the GP – he wanted to see if there was any help I could receive for my mental health. Being young and Black, unfair stereotypes mean that I could have easily been written off as just some violent, aggressive person – but that was far from the case.

Still, to me, a mental health issue was quite a ridiculous suggestion: it didn’t run in the family, and I didn’t know anyone who’d suffered with any illnesses in their minds before – plus, from all I’d seen on TV, people with mental health issues did not look like me. I was not like those people.

So, I denied it. But, paranoia started to creep into every aspect of my day. I’d think that people were constantly watching me, talking about me, laughing at me behind my back. Even if there wasn’t any eye contact, or anything that would make sense for me to think that, I was on high alert for someone mocking me.

Soon gossip spread about my mental health at school and I went from being popular to having people not wanting to be around me, and giving me the label of ‘crazy’. A lot of people who I thought were friends shunned me, and I felt very alone.

I was also experiencing auditory hallucinations – voices in my head – which, at the time, I was ignorant to. I just thought they were my own thoughts ganging up on me, picking away at all my various insecurities: I wasn’t very tall, and I also feared letting people down if I didn’t get the GCSEs I was predicted.

Despite the constant strain happening inside my head, I completed my exams and continued on to college. But because of the stress, I was now suffering from pseudoseizures as well – they looked like epileptic seizures, but they were triggered by stress.

It all piled up, until one morning when I was 16, I decided that I’d had enough. I couldn’t keep this up anymore – so I decided that would be the day I’d take my life.

My Child and Adolescent Mental Health Services (CAMHS) contacts weren’t aware that it was building up like this; I was very used to being private and putting on a brave face. They were trying to diagnose me using questionnaires, and tried to find out whether it was ADHD because of my mood swings, anger and extreme emotions, or bipolar disorder.

But I wasn’t finding hope anywhere and I wasn’t happy at all, as much as I’d put on a facade and make it seem like I was.

I left home for college as usual, like it was a normal day. But on the way there, I called CAMHS to let them know anonymously that ‘something bad was going to happen [to me] today’.

I was thinking that this call in advance might lessen the blow to everyone else. Now, I see that the call was a cry for help.

I didn’t give them anything but my date of birth, not expecting that that would be enough for them to alert my college and family to help me as soon as possible.

They called my brother to collect me at college, and he took me straight to CAMHS. As I was sitting in the office with my brother, my psychiatrist and my psychologist, they were talking to me about what was happening, and the call I’d made hours before. But at this point, I was only hearing the voices in my head – I couldn’t hear a word they were saying to me.

He even grabbed the blade with his hands to stop me from hurting myself. He said, ‘If you want to hurt yourself, you’re going to have to hurt me first.’

I didn’t want to hurt anyone, especially not my brother – I only wanted to harm myself. So, I let go.

The psychiatrist pressed the panic alarm, and the police and ambulance showed up. Police took me into custody, as they initially thought I had put other people’s lives in danger, not just myself – and only after that was I given treatment to go into hospital.

I spent the next two years in a mental health facility, full-time. For the first month, I was still in denial that I needed to be there, so I refused to engage with any of the activities or therapy. I stayed in my room, and just thought I’d wait it out until it was time to go home.

However, that only highlighted how in need I was.

Slowly, I realised that I was only going to get out of the experience what I put into it; I had to come to terms with my schizophrenia, and commit to the work that would teach me how to manage it, in order to move forward and get back to my life. Luckily, my family and close friends were supporting me all the way – they’d visit me as often as possible, letting me know that I hadn’t been forgotten about.

Since leaving the facility at 18, it’s been a journey to getting used to the outside world, and figuring out the tools to manage schizophrenia as a part of my life. At first, I had social anxiety – after having so much structure to your days, it’s hard adjusting to a free life again. But the Early Intervention Service helped me to build a routine, along with Cognitive Behavioural Therapy and regular check-ins.

Soon, I started working with Mind as a media volunteer – I had no-one to look towards as an example when I was first going through my mental health struggle, so I knew I had to do everything I could to be that person for others.

As part of this, I’ve helped advise the creative team on EastEnders with their current storyline about character Isaac Baptiste and his diagnosis of schizophrenia. First, I was invited to share my story with executive producers, the writers and Stevie Basaula, the actor who plays Isaac. Over time, as the story’s developed, they’ve asked me to give my honest opinion on scenes – telling them whether it looks good, and feels genuine.

This plot point is the first time I’ve ever seen anyone like me go through the same thing – and I know how useful it would have been to me, at 15 or 16, seeing this on screen. To be able to contribute to making sure this story is told authentically feels incredible, and can feel quite emotional at times.

I feel like I have a hand in getting rid of some of the misconceptions of schizophrenia, by helping to share my experience through Isaac on a platform like EastEnders. One of the major ones I want people to know is to do with the violence: people believe that people with this diagnosis are a major risk to others, but in my case, all I wanted to do was to hurt myself.

The more that people get to know about schizophrenia in general, the more that these ideas about what it is can start to fade away – and it will take away some of the stigma that makes people afraid to address it in themselves.

I’m 23 now, and I’m so proud of the progress I’ve made. As well as being a media volunteer for several charities, I’m currently studying Psychology and Cognitive Neuroscience at university, after which I hope to do a Master’s degree and eventually work in guiding government policy around public health.

Instead of those pressures to become a doctor when I was younger, my work in mental health is something I’m truly passionate about – it feels like my calling.

It hasn’t been easy, but I’m grateful for what I’ve been through. I wouldn’t be where I am, helping other people and making a real difference, without it.

Need support for your mental health?

Mind can also be reached by email at [email protected]

The Good Place Recap: Yeah, But You Can Judge a Book by Its Author, Right?

'The Challenge' Season 37: Every Male Cast Member Rumored to Return