Superheroes couldn’t be hotter in Hollywood right now. But for every action, there’s an equal and opposite reaction. In this case, that reaction is Amazon’s The Boys. The hit adaptation of Garth Ennis’ legendary comic book series, headed into season 3, is a dark satire of the superhero genre. Alternatively, some consider it a more realistic look at how superheroes may fit in if they existed in our world, free of all the idealism they are normally portrayed in.

The violent, crude, and irreverent show became a huge hit in its first two installments. Fans loved the subversion of the typical tropes of the genre. The surprisingly dramatic character development and plot lines that were developed also stuck with many. Covid-19 certainly has thrown some unexpected hurdles at the show. But showrunner Eric Kripke says that season 3 filming is continuing despite the hardships.

A different kind of comic 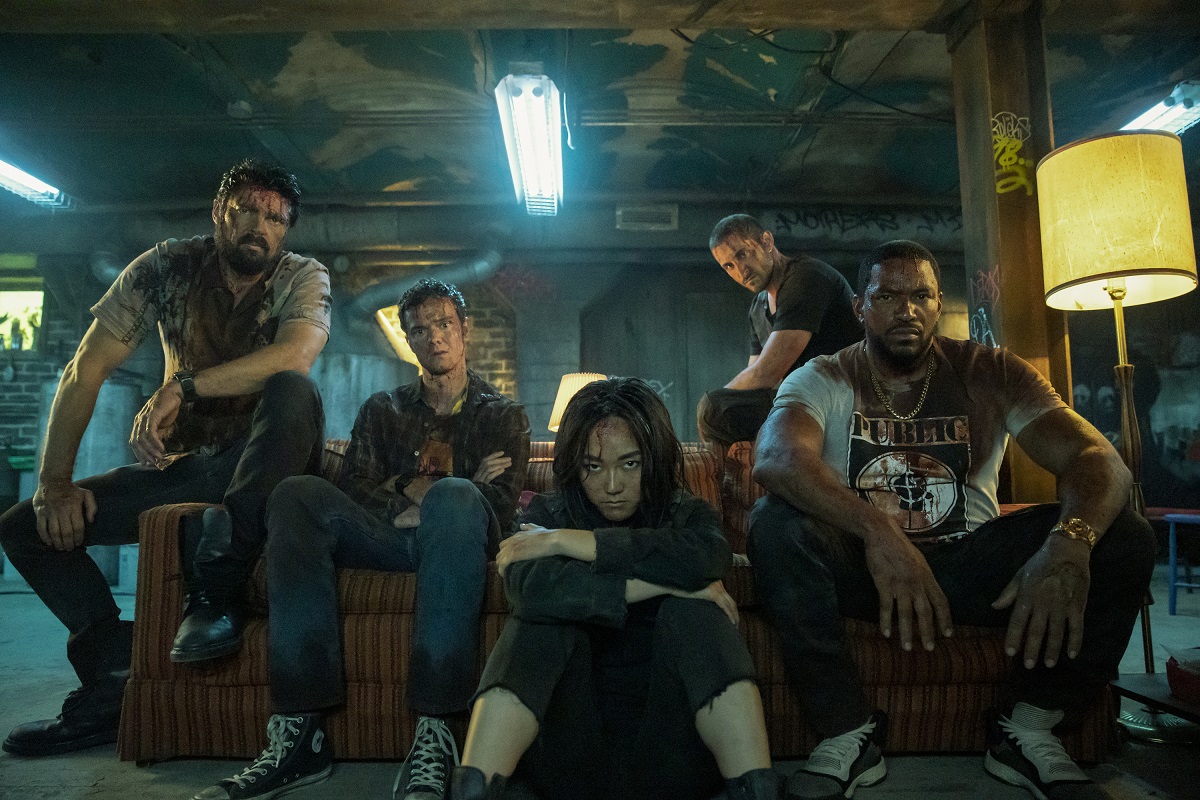 When The Boys writer Garth Ennis originally put pen to paper in 2006, there was never any doubt in his mind that this would be no typical superhero comic book.  The writer has long been known for his unabashed disdain of superhero literature. He claims that superheroes ruined the comic book genre.

His other works, like the since-adapted Preacher, have similar themes of corruption and moral bankruptcy in our modern system. Many commented in the past year that The Boys was chillingly relevant to what was going on in the world. But Ennis had actually written it for a different era entirely.

“Bush and Cheney had just been returned to power, the Iraq bloodbath was boiling away, and Hurricane Katrina had devastated New Orleans.” Ennis once wrote in an email to a colleague according to the LA Times. “So I was writing about corporate corruption of government, abuse of power, and abandonment of ordinary people. In terms of fiction, the kinds of protagonists we had at the time were Tony Soprano and Vic Mackey — bad men guiding us around a bad world.”

His vision may have been cynical. But the reflection of our deeply flawed world spelled out in Ennis’ frames resonated with readers, just as the show is now resonating with viewers. Sadly, corruption and abuse of power in all their forms continue to be relevant topics for art to delve into.

The coronavirus (COVID-19) pandemic created some setbacks for the filming of The Boys Season 3. But Kripke says the focus is to make sure that the show is just as good as it would have been. “The audience will not grade us on a curve. They will not say it’s OK that it’s not quite as good as the second season because, gosh, it sure was hard to make,” the showrunner said of the challenges of filming under strict regulations and distancing requirements. “We have to make sure the audience never knows the difference.”

Kripke went on to talk about the daily challenges the pandemic poses to every aspect of production. “It’s all slower and harder and takes longer. It’s been really, really challenging. The crew, to their credit, have been champs,” he said. Fans can certainly feel relieved that due emphasis is being put on quality regardless of the challenges on set.

It seems that The Boys production is as tenacious as its titular characters, and is determined to give fans the third season they deserve. With production wrapping up soon, hopefully, no one will have to wait too long to see Butcher and the boys back at it.

‘Bad for the world, good for the show’

Years ago, the opportunity for Eric Kripke to take on an adaptation of The Boys first became a possibility. At the time, he never knew how relevant the show would feel to audiences. There’s definitely some alteration of the loose storyline established in the comics. But it seemed that current events were meeting the show on its terms, rather than the other way around.

Kripke originally asked Ennis what inspired him to write the show. According to The Hollywood Reporter, the writer replied, “I was really interested in what would happen if you were to combine the worst of celebrity with the worst of politics and what an absolutely dangerous combination that would be.”

“The world sort of crashed into the reality of the show like a freight train right when I was writing the pilot,” Kripke later said of the early days of the project. Tensions were continually escalating on socioeconomic and geopolitical stages. Kripke says that a motto developed in the writer’s room: “Bad for the world, good for the show.”

Sex/Life explained: What happened at the end of the Netflix series?

Why Chris Harrison thinks the men on The Bachelorette were cheated