ROMEO Beckham may have made his football debut this week – but a love of the Beautiful Game isn’t the only thing he and his father David Beckham have in common. 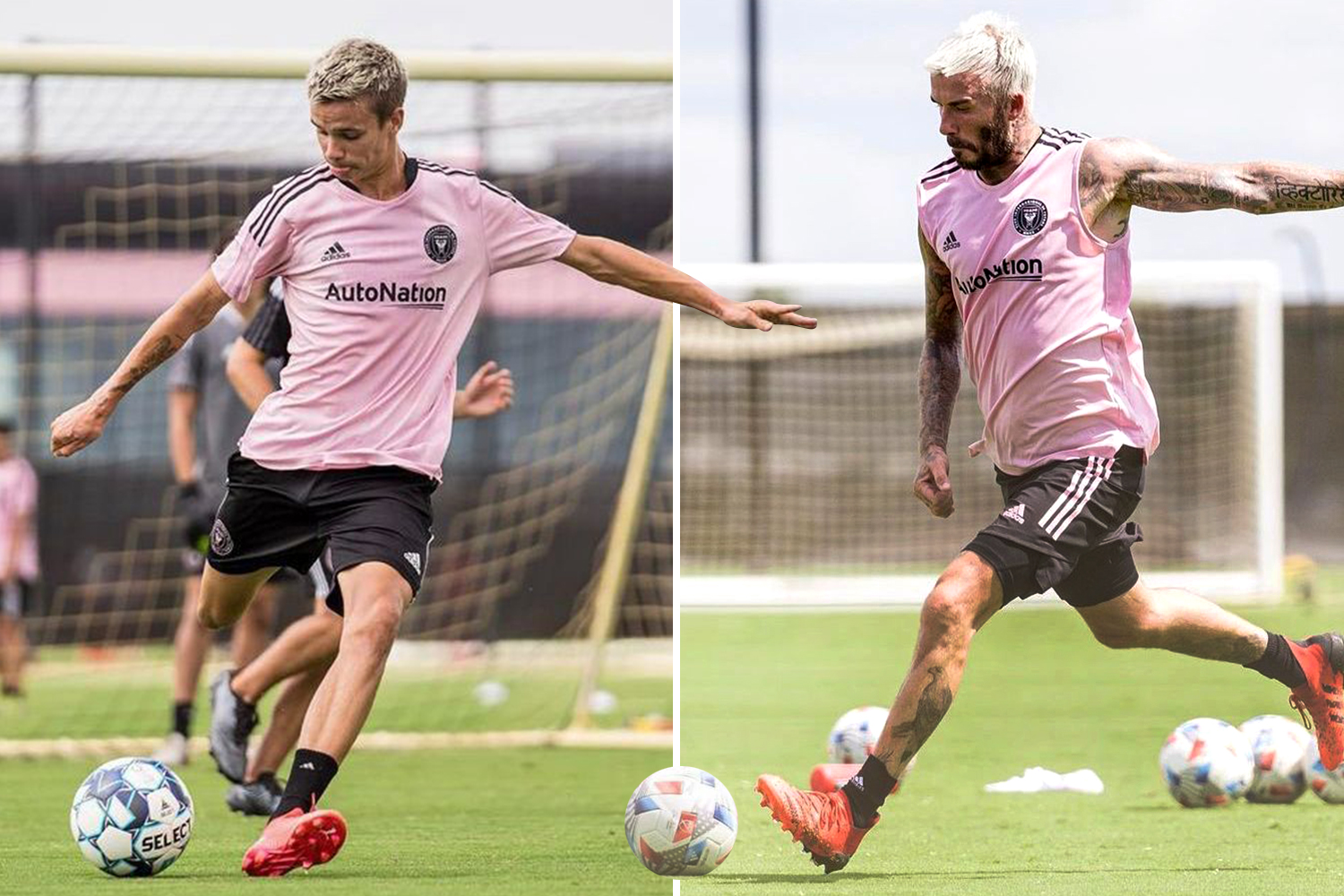 The 19-year-old played right-wing just like his dad, and showed he's clearly picked up the former England captain's ball skills.

But, as well as his career, Romeo also seems to be morphing into his 46-year-old dad when it comes to his looks and his style. 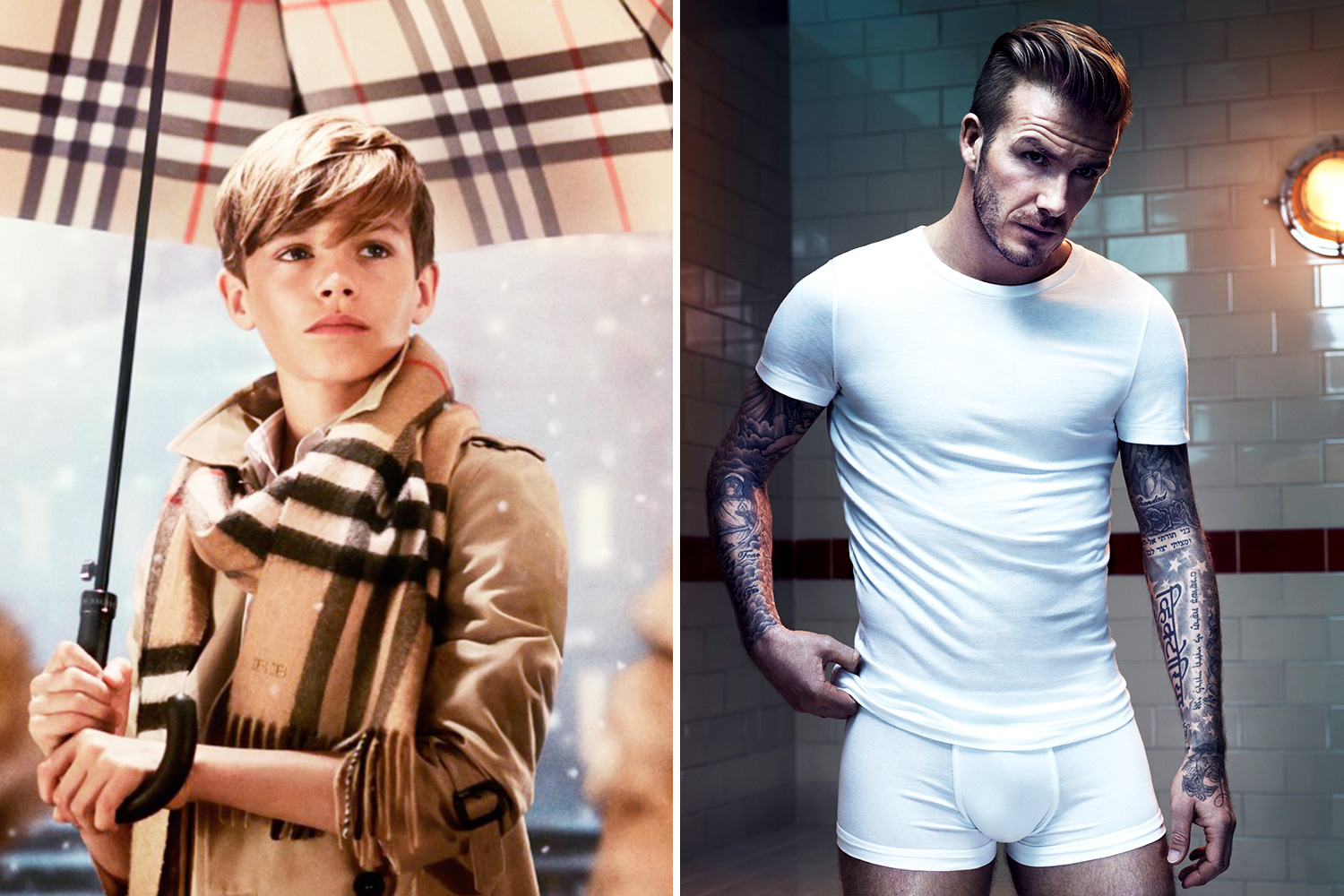 David is very well-known for his good looks, and, in the past has modelled for everyone from H&M to Armani to Dolce & Gabbana.

In 2014, Tommy Hilfiger even named him the Underwear Model of the Century.

And, while he hasn't posed in his undies just yet, Romeo is already on a modelling path.

When he was just 12 years old, Romeo posed for Burberry – and he looked adorable.

Earlier this year, he also modelled for Saint Laurent. 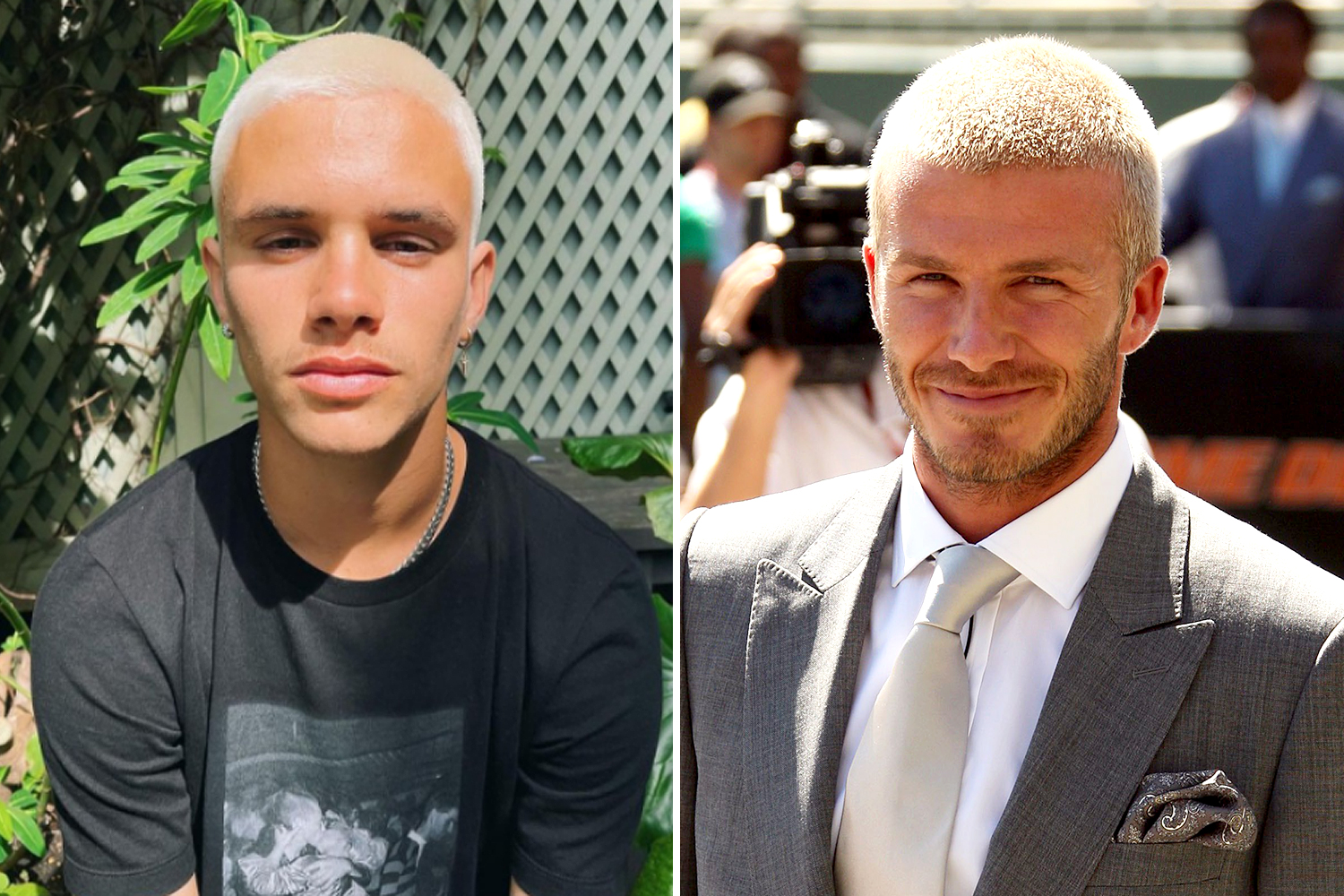 Throughout his footballing career, David was always trying different hairstyles, including corn-rows and spiked hair.

One stand-out crop was the bleach blonde buzz cut he sported in the Noughties.

And in May of this year, Romeo debuted a very similar style.

David even commented on the likeness when his son showed his new look off on Instagram, writing: “Nice hair… I wonder where u got that idea from." 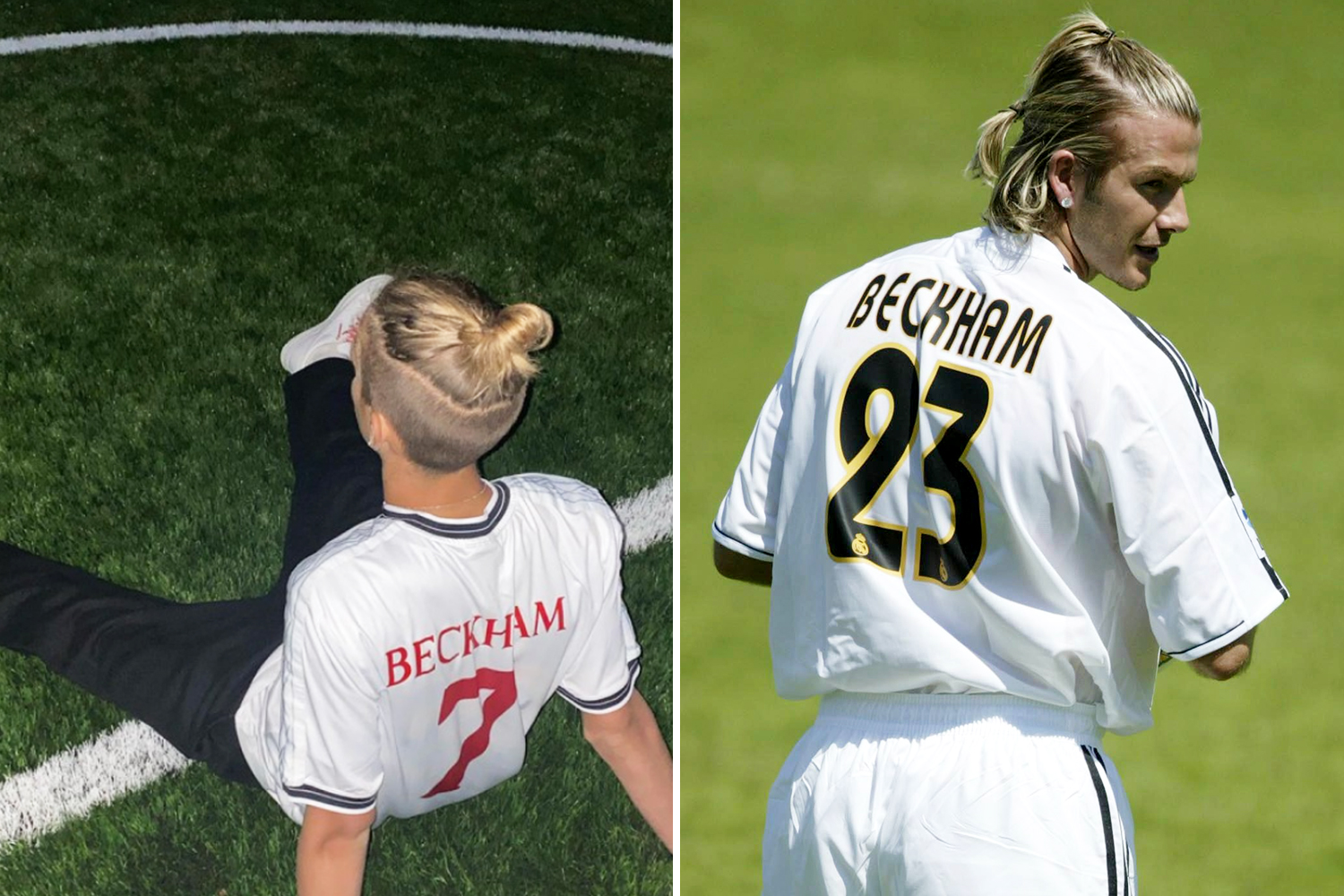 Of course, as a footballer, David was often in his football shirt on the pitch.

But Romeo has been seen wearing his dad's famous number 7 shirt he wore for both England and Manchester United.

His hair was even tied up in a man bun and looked just like the hairdo Becks used to rock in the mid-2000s when Romeo was just a little boy. 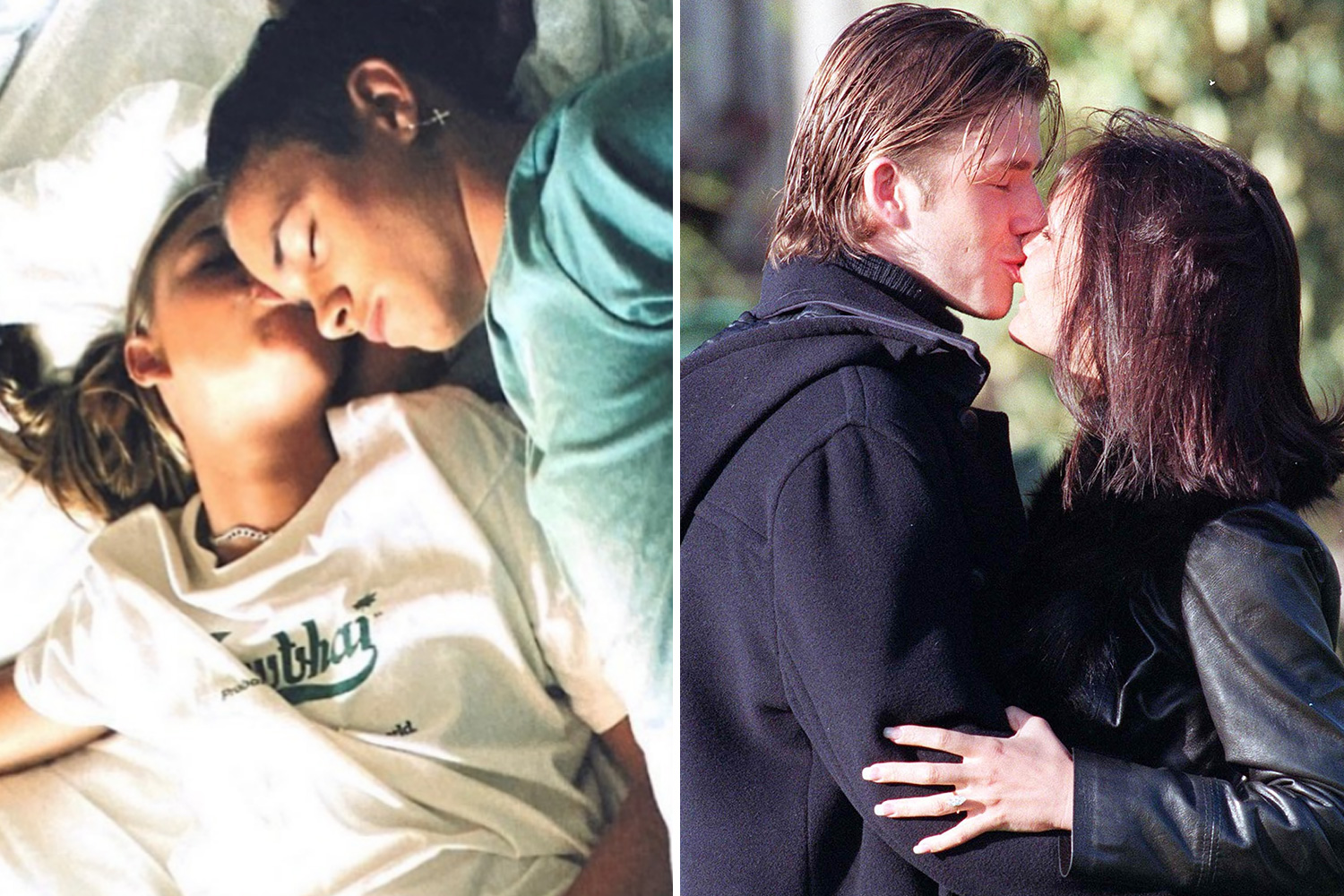 Posh and Becks have been public with their affection for each other ever since they got engaged in 1998.

And Romeo and his model girlfriend Mia Regan are just as keen to show PDAs.

The pair – who have been together since May 2019 – are always cuddling up to each other and kissing in their posts on Instagram. 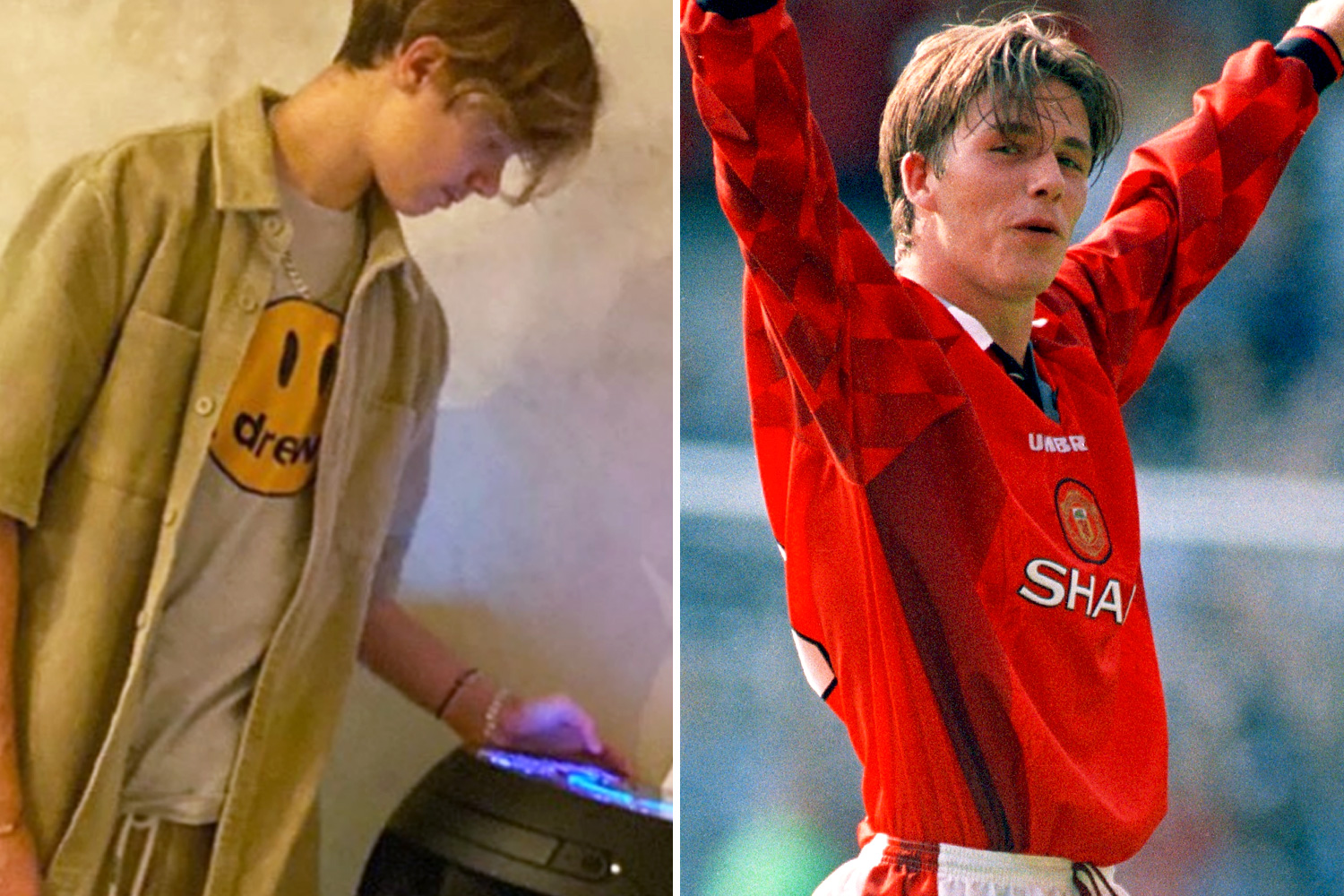 Another one of David's famous hairstyles was his floppy curtains, which he wore in the early stages of his Manchester United career in the mid-90s.

And it's also another one that Romeo tried once.

He's clearly a fan of his dad's luscious locks. 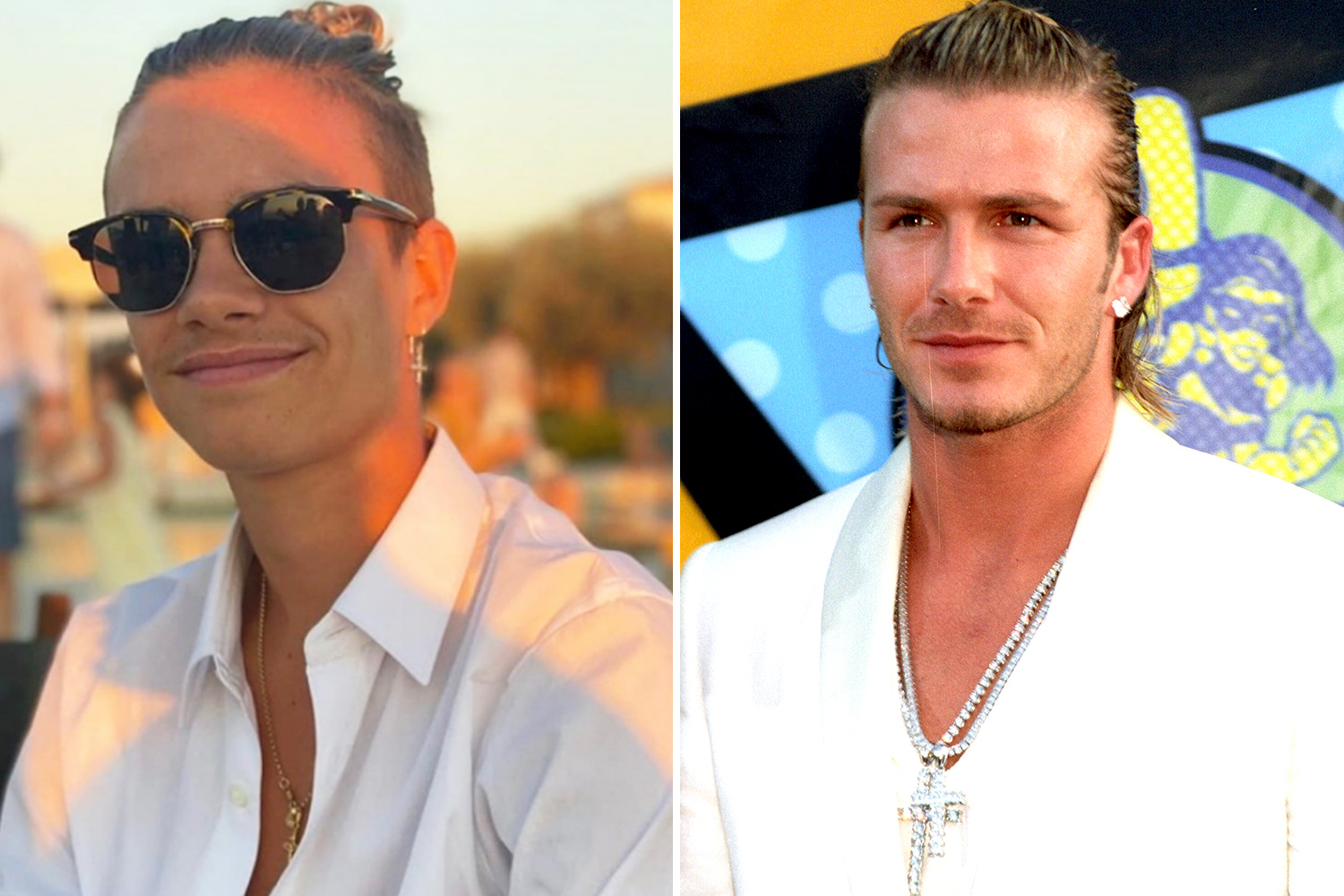 In the mid-Noughties, David was setting the trend for wearing big, blingy, Jesus necklaces.

And almost 20 years on, Romeo is making sure they're still in fashion, wearing a cross around his neck.

But the young star clearly prefers a more subtle crucifix than his dad's. 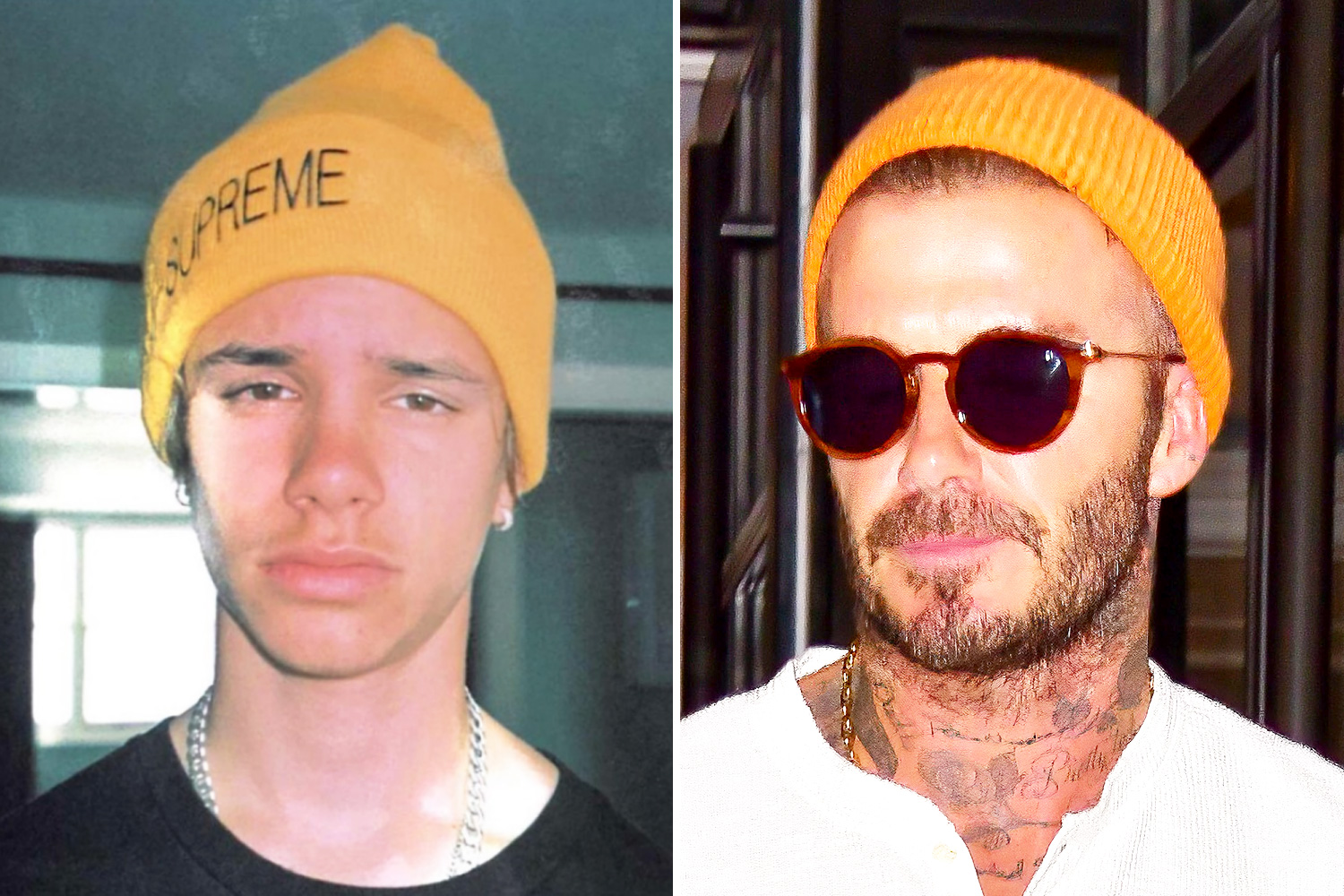 Bad hair days happen to the best of us, and David has clearly taught his son that on the rare occasion that happens, it's best to cover it up with a beanie hat.

It seems he's even recommended mustard is the best colour for his complexion. 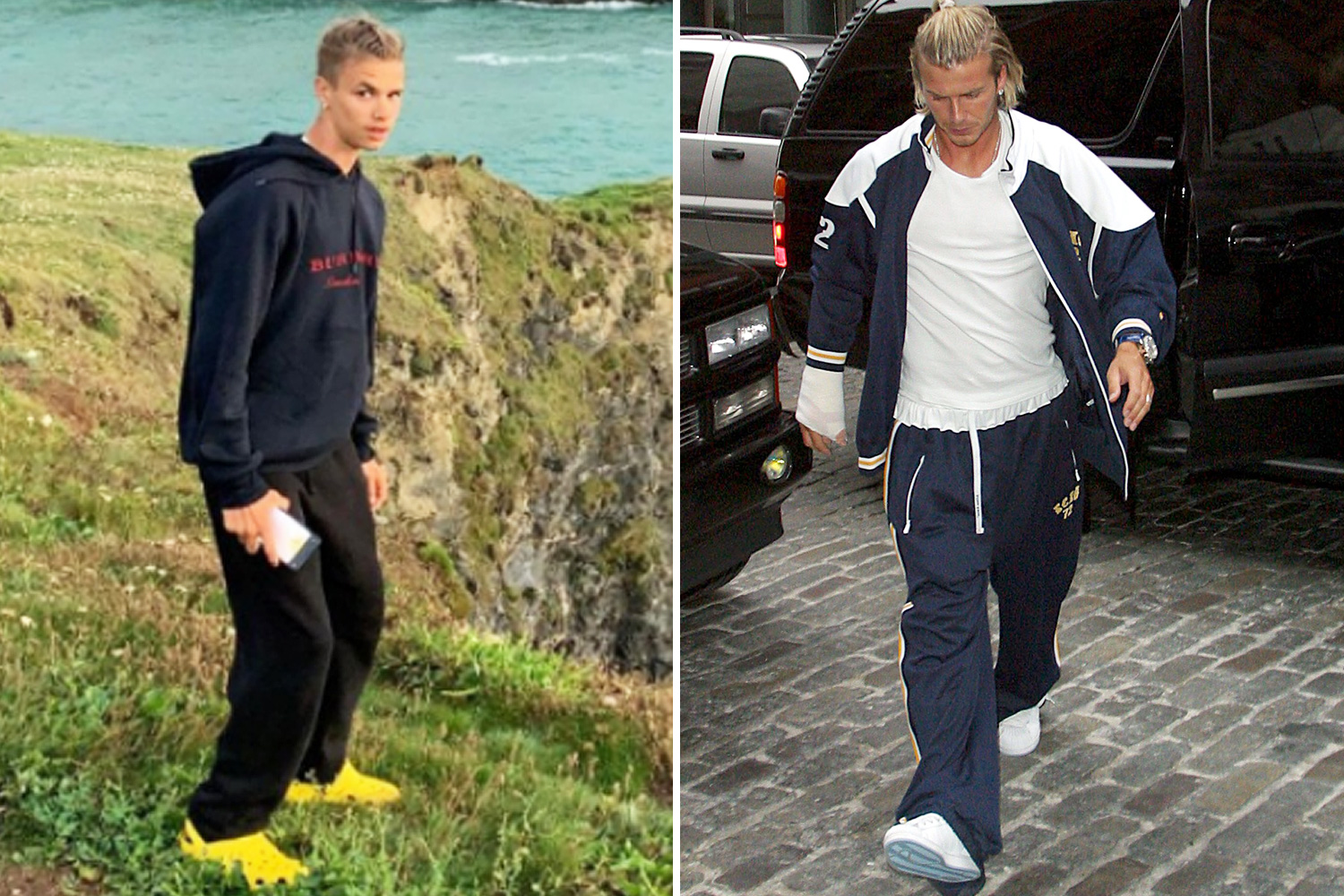 David and Romeo both love tracksuits – and both wear them baggy.

David was always known for making uncool clothes look cool, and Romeo has done just that by pairing Crocs with a Burberry hoodie.

Romeo really is a chip off the old Beck.