Home » TV & Movies » Holly Willoughby halts This Morning as she backtracks after on-air blunder ‘Go back!’

In order to bring some much-needed sunshine and tasty-looking treats to This Morning viewers today, Phillip Schofield and Holly Willoughby welcomed Australian chef Rob Nixon to the show live from Cottesloe Beach in Perth, Australia. However, while most of the ITV show had run smoothly without a hitch for its first hour, Holly found herself in a pickle when completely losing track of her spot of the autocue. And unfortunately for the This Morning host, she was unable to skim past the blunder, bringing a halt to the show and forcing the production team to rewind.

Chef Rob was eagerly awaiting the handover from Holly and Phillip as he readied his kitchen equipment live from the sandy Australian beach.

The This Morning guest was cooking some delicious BBQ Barrumndi Tacos today, complete with tasty fish and colourful salad.

But just moments into his introduction, things took a downward turn thanks to Holly’s awkward blunder.

Reading aloud from the autocue, Holly began: “Now, the weather’s pretty miserable outside but we’re not going to help you forget about…” 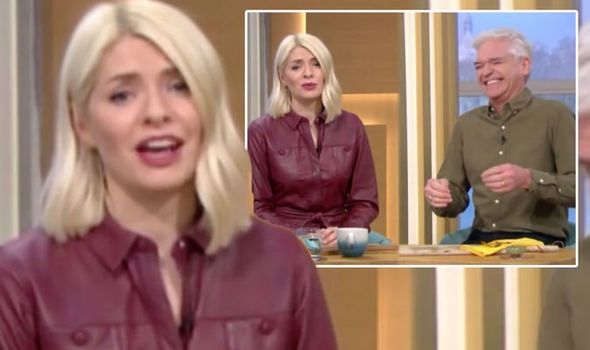 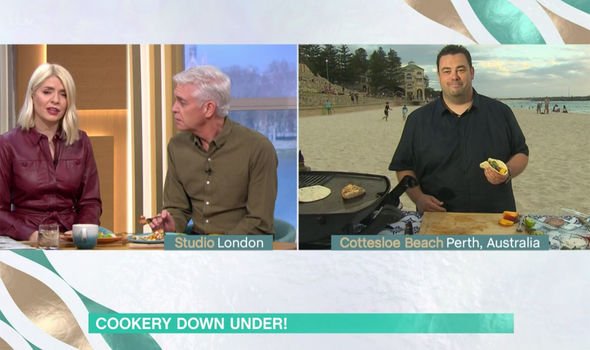 Live on air, Holly instead addressed the member of the production in charge of the autocue, instructing him to “go back”.

“Can you go back? Let me try that one more time,” she said as Phillip, by this point, was in hysterics. 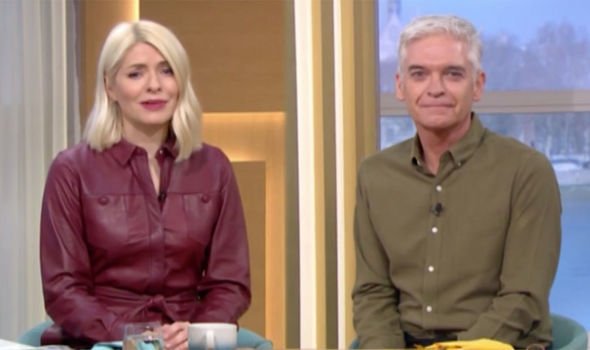 “One more time and I mean it this time,” Holly continued as he This Morning co-host carried on giggling.

Giving the scripted introduction another shot, Holly paid close attention to the autocue and attempted Rob’s intro once more.

“Now, the weather’s pretty miserable outside but we’re not going to help you forget about that now as we transport you to the other side of the world.”

Impressed she finally got the words correct, Holly turned to Phillip and said: “That was good, wasn’t it?”

Letting out a sigh of relief, Phillip jumped in – although it was now Holly’s turn to laugh at her co-star’s antics

The pair just about managed to regain their composure to cut to Rob live on the beach and see the tasty treat he’d rustled up.

“G’day, mate, how are ya?” Phillip asked in an Australian accent.

The This Morning trio shared a giggle as Rob then got to work cooking the tacos.

And the cooking demonstration from Australia certainly left fans at home wishing they were there.

Taking to Twitter, one joked: “Take me there….tbh I’d swim there right now if I could….all the way from Bournemouth! #ThisMorning.”

“I’m jealous. I would love to live in Australia #thismorning,” added a second, while a third hit out: “Why are they depressing us with an Ozzie chef when they know we can’t go on holiday?  #ThisMorning.”

This Morning continues weekdays at 10am on ITV.