Home » TV & Movies » Hazel and Tarik return for Season 8 of 90 Day Fiancé: Here's what to expect

Former 90 Day Fiancé: Before the 90 Days’ stars Tarik Meyers and Hazel Cagalitan are returning for the eighth season of 90 Day Fiancé.

A first look was released and Hazel and Tarik are featured in the 90 Day Fiancé trailer. The couple is now living in the United States.

The trailer also reveals that Hazel is bisexual and had to hide her sexuality while living in the Philippines.

Hazel also confirms her sexuality in the trailer. “Growing up in the Philippines, I just hide it. But here in America, I am excited about having girlfriend,” Hazel said.

Tarik and Hazel are also shown looking for women on an online dating site. Tarik scrolled through some women on a tablet as he said to Hazel, “There’s curvy. Petite.”

Tarik professed his love for Hazel in an Instagram post last year. The 90 Day Fiancé star posted a picture of the duo with a long caption. 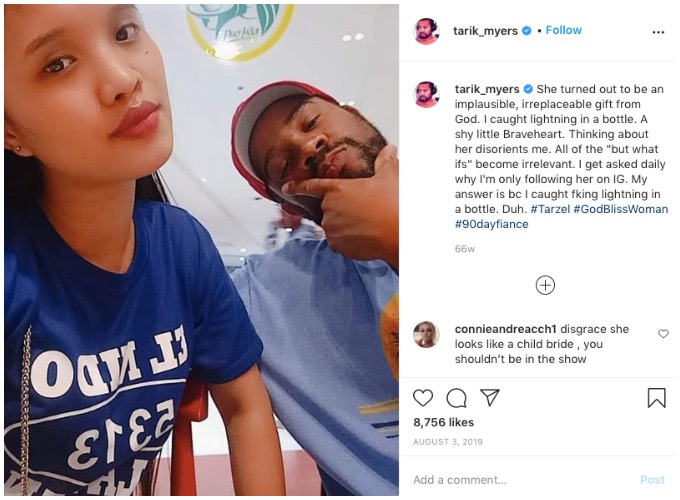 “She turned out to be an implausible, irreplaceable gift from God,” he wrote. “I caught lightning in a bottle. A shy little Braveheart. Thinking about her disorients me. All of the “but what ifs” become irrelevant. I get asked daily why I’m only following her on IG. My answer is bc I caught fking lightning in a bottle. Duh. #Tarzel #GodBlissWoman #90dayfiance.”

Tarik posted another photograph of the couple back on Christmas day back in 2018 where he thanked a crew member from the show for encouraging the couple. Tarik said the crew member tried to prepare the couple for the negative attention they would receive by joining the show. 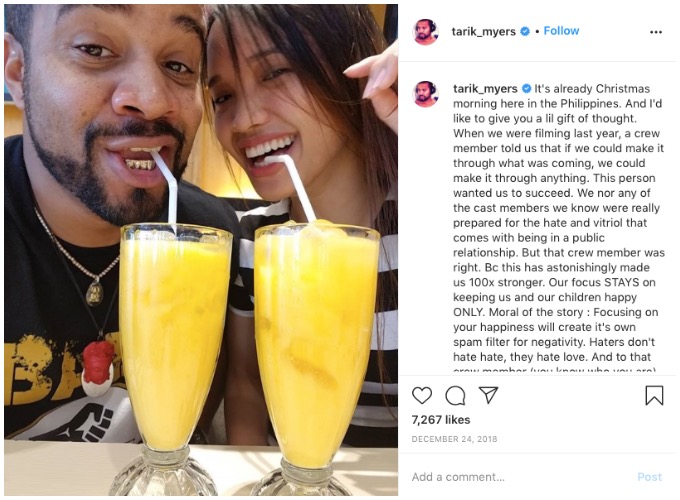 “It’s already Christmas morning here in the Philippines. And I’d like to give you a lil gift of thought. When we were filming last year, a crew member told us that if we could make it through what was coming, we could make it through anything. This person wanted us to succeed. We nor any of the cast members we know were really prepared for the hate and vitriol that comes with being in a public relationship,” wrote Tarik.

He went on to say that the crew member was right and that focusing on themselves made them stronger.

Tarik finished the caption by saying, “And to that crew member (you know who you are), this fresh off the tree mango shake is for you. 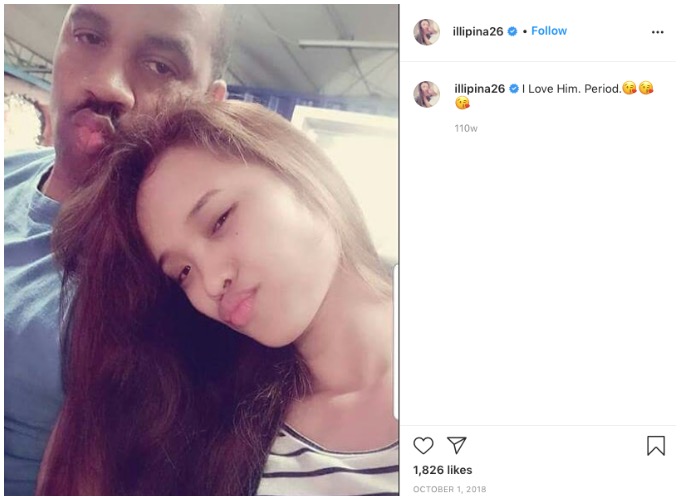 Spoilers: Dawn destroyed over Will gun horror in Emmerdale