Home » TV & Movies » Halloween Ends: Why Michael Myers Got a Killer New Friend in the Sequel

When David Gordon Green’s “Halloween” trilogy opens, masked maniac Michael Myers is in a familiar place: institutionalized at Smith’s Grove Psychiatric Hospital, where he’s been for decades. Soon enough, however, he breaks out of the joint, goes after forever foe Laurie Strode (Jamie Lee Curtis), and embarks on one hell of a killing spree.

After a bruising battle with Laurie, the film ends with Michael (presumably) dead in her burning basement, only for a post-credits scene to reveal he’s, oops!, still breathing, which makes for an easy opening for the film’s sequel, “Halloween Kills.” That film picks up immediately after the ending of “Halloween,” meaning that no one, including Green, needed to worry about figuring out interim plans for the iconic killer.

That wasn’t the case with trilogy-capper “Halloween Ends,” which picks up four years after “Halloween Kills,” meaning that Michael has been on the loose for quite some time. What’s he been doing? It was a challenge Green and co-writers Paul Brad Logan, Chris Bernier, and Danny McBride embraced. With some caveats.

“We have a list of don’t-ask, don’t-tells, like what does he eat and does he go to the bathroom?” Green told IndieWire during a recent interview. “But this movie doesn’t really answer anything. It asks more questions, I think. I’m not sure.”

One question is answered relatively quickly. Turns out Michael has been living in a large open pipe underneath a local bridge. Cozy! Green was so inspired by the concept of a “cave dweller” (pipe dweller?), that the film was even shot under the working title “Cave Dweller.”

“I feel like the pipe was my idea, and just trying to find some imagery in a dark and secluded place,” Green said. “I think Myers works the best in shadows, and the idea of this cave dweller, as we called the movie while we were filming it, that’s just a good environment, tucked back away from the center of town yet accessible, so that at night, he could slip out and creep around and do whatever he needed to do. We allude to certain activities. There’s a vagabond character that lives near the bridge and he says [Michael] comes out from time to time, and he gives us little allusions that there may be some activities that he gets into.” 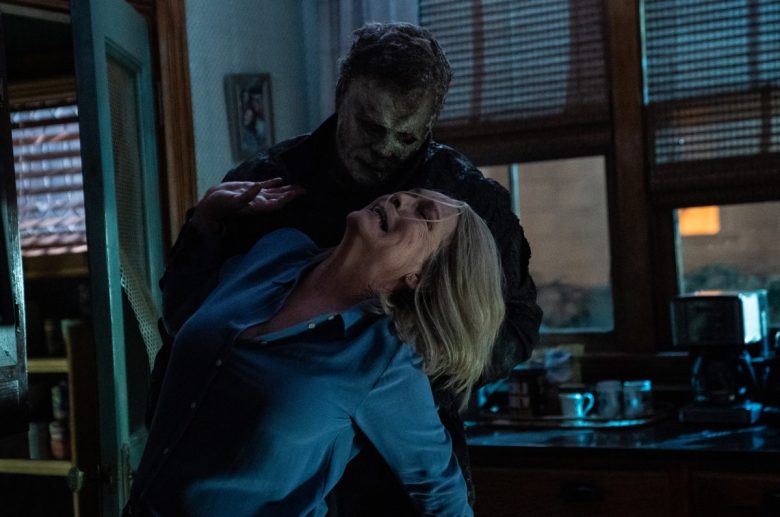 But while Michael has spent years alone within the confines of the pipe, about halfway through “Halloween Ends,” he’s gifted with an unexpected visitor: Corey Cunningham (Rohan Campbell), who seeks out the madman to help him with his own murderous desires. Yes, Corey was designed to serve as Michael’s possible protege, eager mentee, and Haddonfield’s next big bad. In other words, Michael Myers has…a pal?

“We talked about so many ideas in trying to create something that, from a mythological standpoint, is almost like a protege character,” the filmmaker said. One big problem? As Green explained, “Knowing how hilarious and absurd everybody looks when they put the mask on if your name’s not Jim Courtney, who’s our actor that plays The Shape. The preposterousness of all of that.”

Eventually, Corey does don Michael’s iconic mask, but Green is quick to caution that such a costume change wasn’t undertaken lightly. No one can be Michael, even his wannabe protege.

“You don’t ever see a head-to-toe shot of anyone wearing the Myers mask that’s not Michael,” he said. “Corey putting on the mask, I guess what we’re trying to do is tell the story of the manifestation of evil and how, in a roundabout way, I’m exploring what might have made Michael Michael. I can’t go there, because that’s [the] forbidden genetics of this particular mythology. But I can take a new character, put him in the environment of Haddonfield, put him under distress and put a mask on him and see what happens.”

Even with Corey on board the Haddonfield Murder Train, Green still has a major soft spot for Michael Myers. That includes his favorite kill of the film, which was a Michael Myers special that almost didn’t make the final cut. 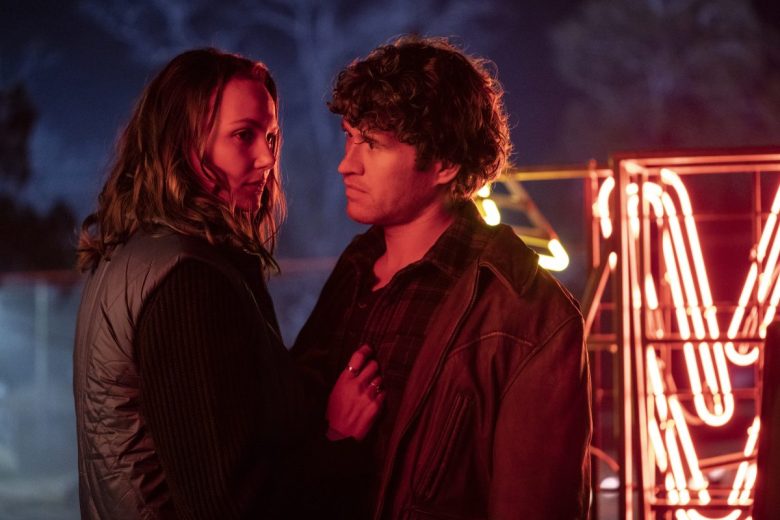 “One of my favorite kills, believe it or not, was going to be a DVD extra that we filmed to have some supplemental material, but then it ended up so fucking crazy,” Green said. “I showed it to an audience once to decide, ‘Is this too much?’ And then everybody went ballistic and I was like, ‘We have to keep this, not for the extended cut, this is for the movie.’”

The scene in question takes place during a particularly brutal outing in which both Michael and Corey go totally wild on a pair of victims. And while Corey makes off with his own big kills, Michael still reigns supreme.

“With other characters in their violent acts, they were allowed to be sloppy and a little bit more grotesque and a little bit out of the DNA of the ‘Halloween’ movie,” Green said. “Where I’d say ultimately my favorite kills are Michael kills, because they’re stealth and he’s the master. So there’s a moment of him observing one of his performance art pieces and he just steps back, and it’s simple. It’s really reflective of one of the moments in the original ‘Halloween’ that John [Carpenter] created when he’s got a character knifed against the wall. And we just go a little bit wider, a little bit farther back, and you see a little bit more of the absurdity in the size of the victim and Michael.”

Even for Green, it’s the sort of “Halloween” moment that’s hard to shake, the sort of thing that could only come from Michael.

“There’s something about the psychology of that kill that in a way gets under my skin and unnerves me,” Green said. “On set, it’s really fun and there’s wonderful creative people around you all day having a good time, but you also get desensitized to a degree. We don’t ever call it blood on set, we call it ‘bringing the ketchup,’ and we’re just student filmmakers squirting ketchup on people and having a good time making a horror movie. And then you catch yourself in these moments that feels like a genuine composition, and something genuinely psychological and thoughtful is happening in our midnight madness extravaganza, and that feels pretty cool, too.”

A Universal Pictures release, “Halloween Ends” is now in theaters and streaming on Peacock.