HALLE Berry flaunts her toned legs in a white and metallic mini dress for a new photoshoot.

The 54-year-old mother of two recently revealed she has a new man in her life, sharing a photo of the two of them sharing a bed. 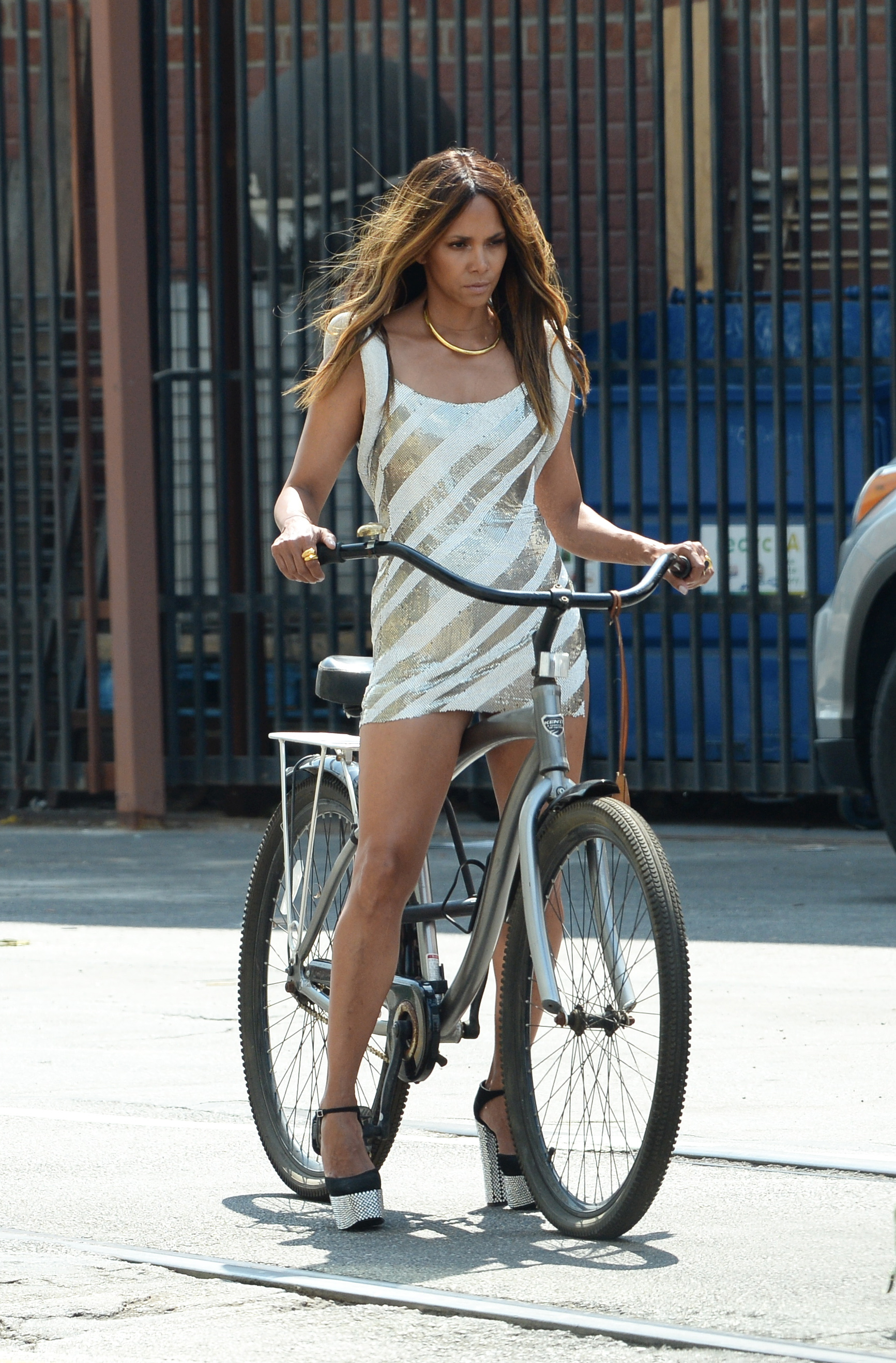 After celebrating her birthday earlier in the week, the X-Man star modeled for a new photospread with Variety Magazine in downtown Los Angeles in California.

She modeled multiple stylish outfits throughout the day, all of which showed off the fit figure that the creator of Respin, a digital health and wellness community, has been working hard for.

Halle put her strong gams on display while straddling a bicycle in a white mini dress and sky-high heels, switching up her poses with some hair flips and head tilts.

She looked fierce while pretending to fight for the camera in a short, black-sequined, long-sleeved dress with tinsel detailing. 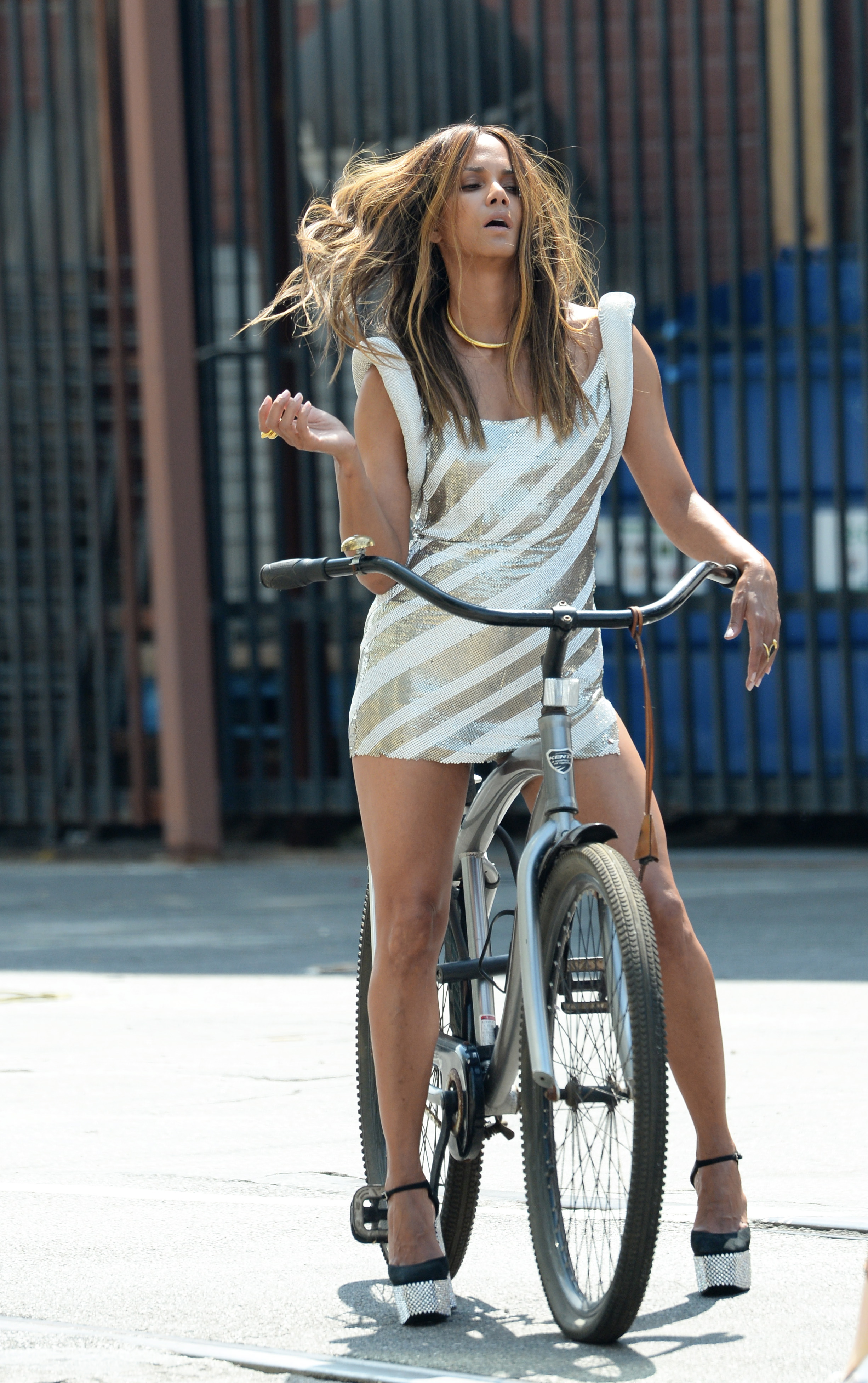 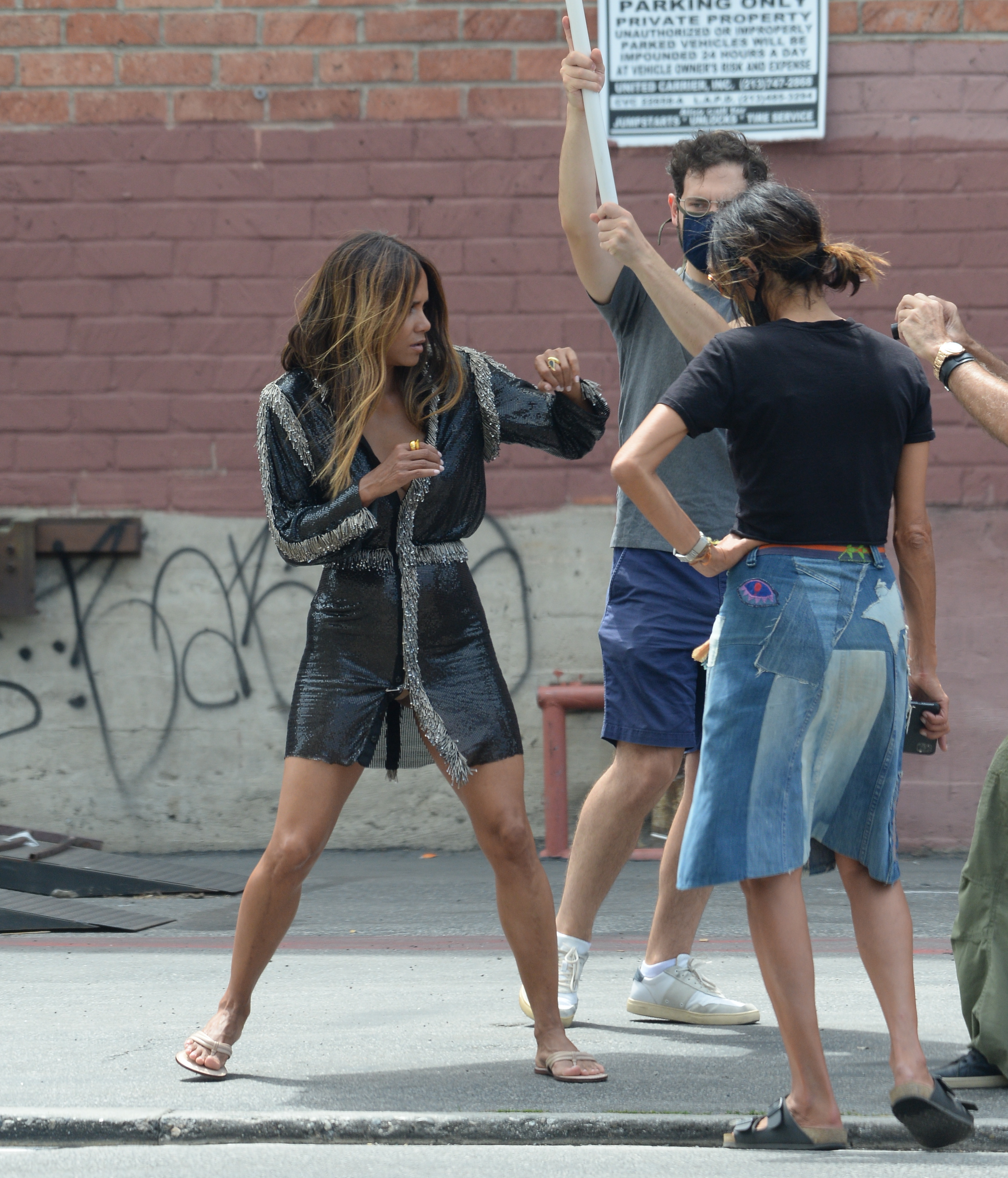 The Hollywood star has remained in tip-top shape following months of preparation for her upcoming mixed martial arts movie Bruised, in which she plays a former fighter battling to win back custody of her child and revive her career.

The photography crew could be seen wearing face masks throughout the affair amid the coronavirus pandemic. 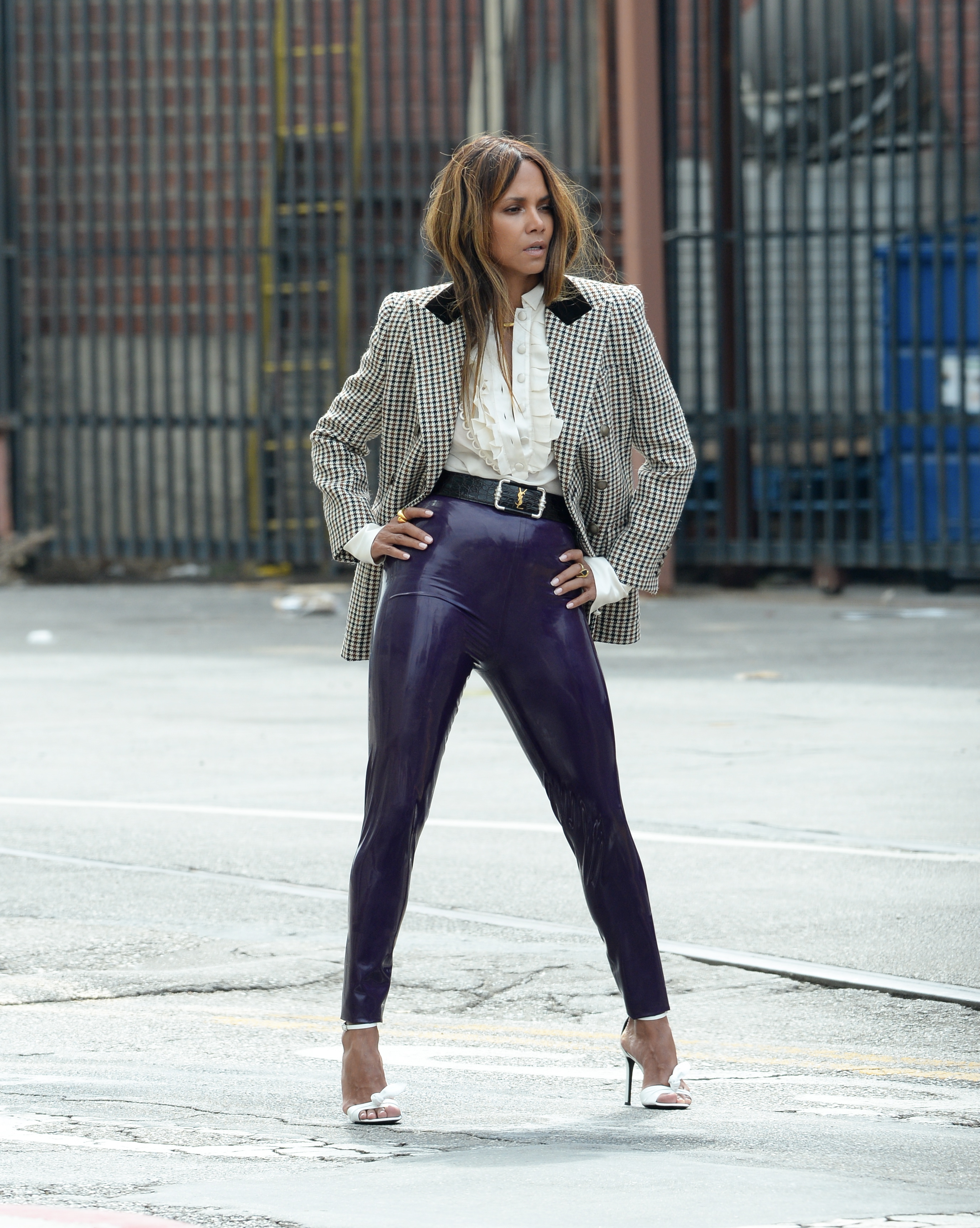 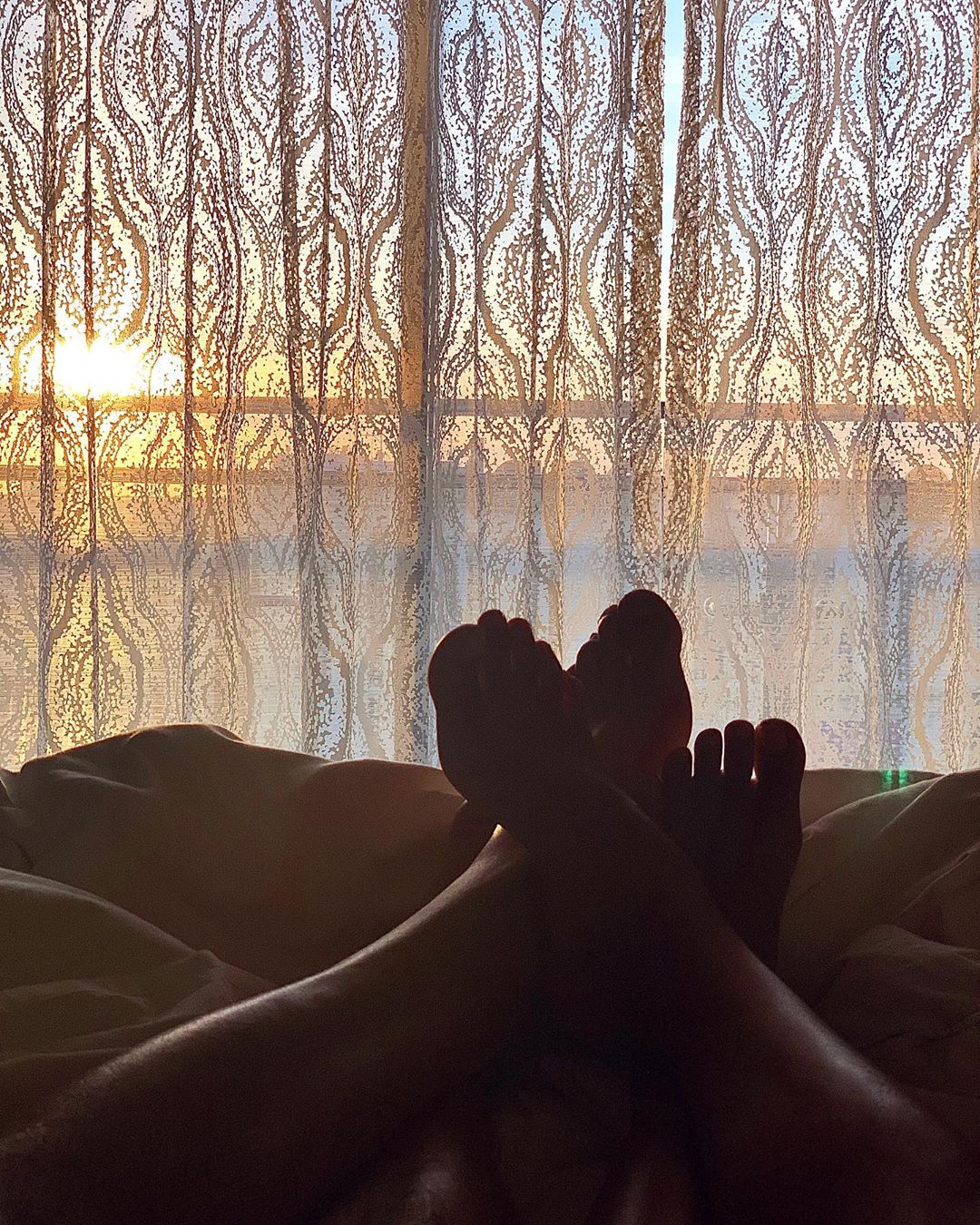 On Friday, Halle celebrated her 54th birthday, enjoying turning a year old with a weekend trip to Las Vegas with her mystery guy.

The actress took to Instagram to share a photo featuring her feet tangled up with a man whose identity isn't known.

She captioned it: "Waking up Vegas! ☀️ Thank you for all the beautiful birthday wishes from my friends and my very supportive and loyal fans!

"You ALL helped to make my birthday extra special." 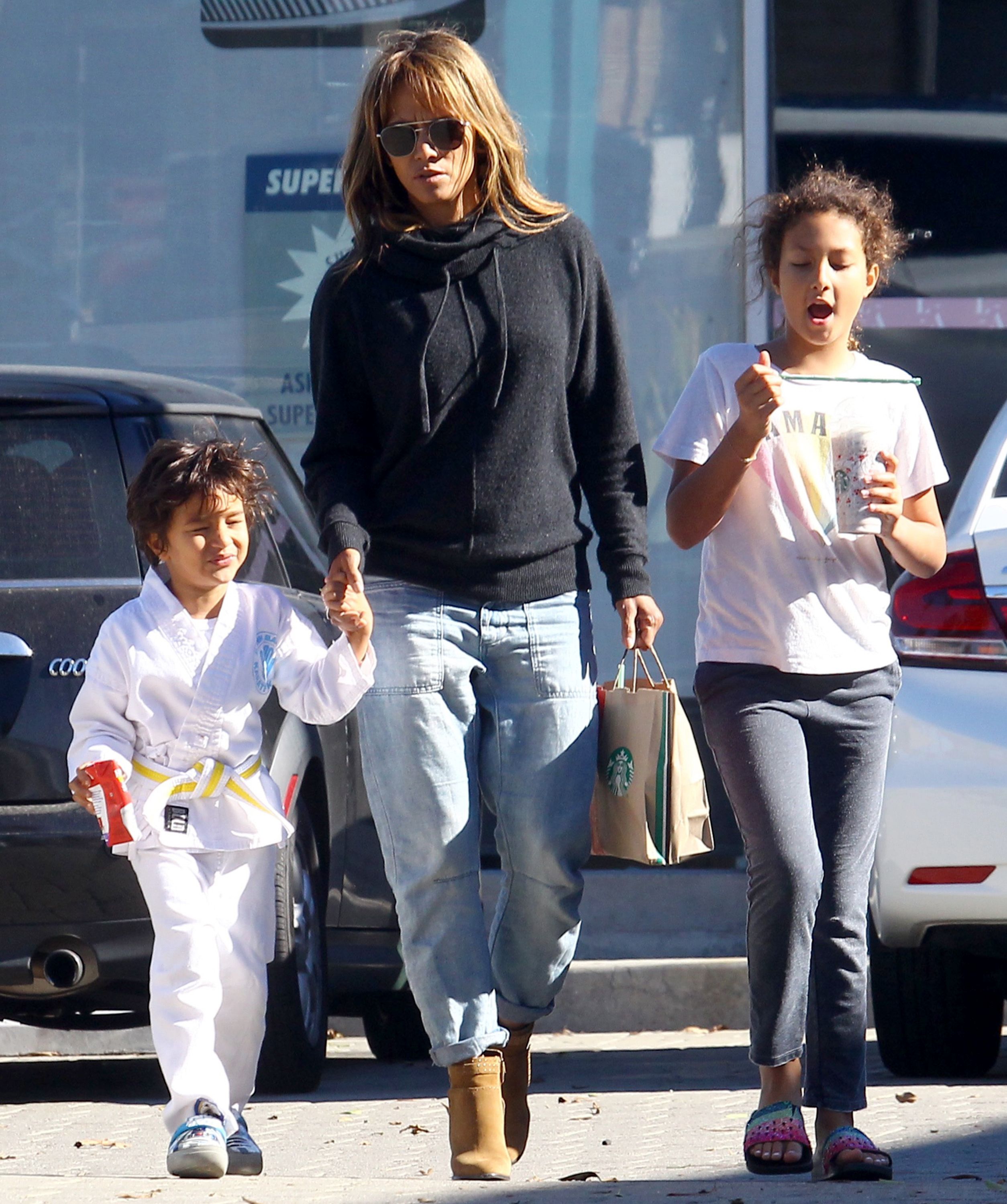 Halle first posted about her new love last month with a different photo of the duo with their feet wrapped together, captioning the shot: "sunday, funday"

The former Bond girl is a mom to daughter, Nahla who she shares with ex Gabriel Aubry, and son Maceo, who she had while with ex-husband Olivier Martinez.