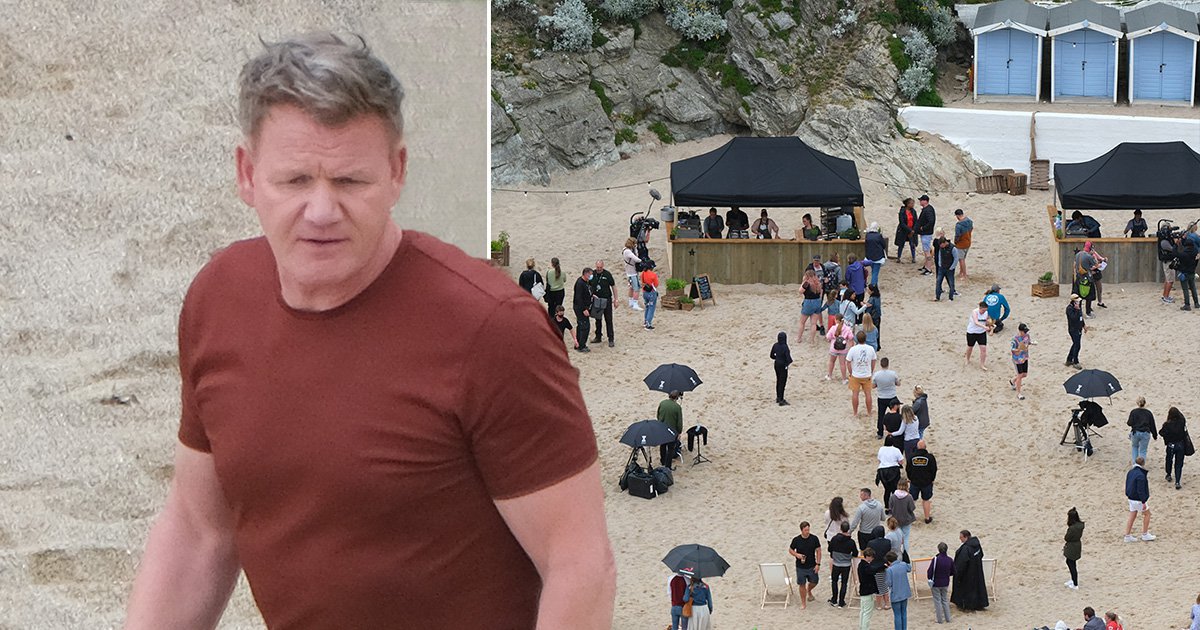 Gordon Ramsay offered to compensate a disappointed couple when their dream wedding location was overrun by Gordon Ramsay and his film crew.

Charlie Willis, 35, and wife Laura, 29, paid £1,300 for their ceremony and a meal for six on a private beach in Cornwall last month.

The star was said to be using the kitchen at the venue, and the film crew were stood on the sandy beach.

Charlie told The Sun: ‘The whole thing was a complete kitchen nightmare.

‘We had both worked so hard to save for that day and we felt like extras on a gameshow.’

Charlie and Laura received a letter of apology from Gordon’s television production company Studio Ramsay, offering to pay them £1,300 as a goodwill gesture.

A producer for the company wrote: ‘I am mortified that we affected your special day.’

It was announced Future Food Stars would be going into production in April this year.

The show has been described as ‘The Apprentice for chefs’, with 12 hopefuls going head-to-head.

The winner will receive an investment towards their cooking.

Gordon said at the time: ‘The future of our food industry has never been more exciting. I can’t wait to search across the country unearthing some of Britain’s most entrepreneurial talent.

‘I’ve spent the last 21 years at Restaurant Gordon Ramsay nurturing, supporting and mentoring some of Great Britain’s greatest chefs and that’s truly why I think investing in the next generation of talented individuals is so important!’

Metro.co.uk has contacted representatives for Gordon, Studio Ramsay and Lusty Glaze for comment.

Sundance 2020: 20 Must-See Films and Series At This Year’s Festival, From ‘Zola’ to ‘Kajillionaire’