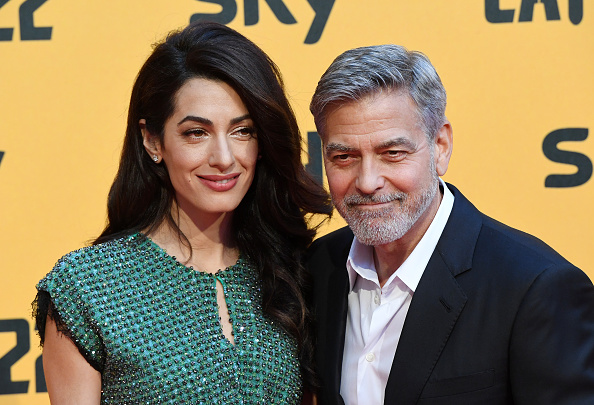 We all have things from our past we wish we could make disappear, but when you are a major Hollywood star like George Clooney, it’s harder to make the world unsee your mistakes.

But the actor is trying to at least spare his wife Amal from what he deems his worst performance in a film, going so far as banning her – and their kids – from watching it.

Don’t be so hard on yourself, George!

Chatting to Variety on the red carpet premiere of George’s new movie The Tender Bar, Amal revealed that the movie in question is none other than George’s one and only superhero stint in the 1997 Batman & Robin.

George was asked why he is not joining Michael Keaton and Ben Affleck in reprising the role of the caped crusader in the upcoming film The Flash.

Not going into the details of whether he was even asked to reprise his role, the actor explained his absence, joking: ‘When you destroy a franchise the way I did…’

Amal then chimed in to confirm how much George dislikes his performance in the film.

‘He won’t let me watch it,’ she explained.

George then added: ‘No. There are certain films I just go… I’m afraid I want my wife to have some respect for me.’

‘It’s on the banned list,’ joked Amal. ‘But I think the kids are gonna want to watch it’.

The pair are parents to twins Ella and Alexander who are now four years old.

However, George, also known for roles in Ocean’s Eleven, The Descendants and Burn After Reading, jokingly said he fears the judgment of his little ones: ‘When your four-year-old kid goes “this sucks”… that would be really painful.’