The Bachelorette star Garrett Yrigoyen isn’t slowing down when it comes to his love life.

Even though it has only been a few months since Becca Kufrin announced their breakup after a few years of being engaged, Garrett didn’t hold back.

After a month of being single, he shared he was hanging out with a new woman.

And after Thanksgiving weekend, it’s clear that they are growing closer as they spent the holiday weekend together.

He has no problem sharing this news on social media.

Garrett Yrigoyen admits to spending Thanksgiving with his new woman

His new girlfriend Alex Farrar shared a photo of them together on her Instagram Stories, where she revealed they were together in Meridian, Idaho.

“Grateful for this turkey,” she captioned the photo. 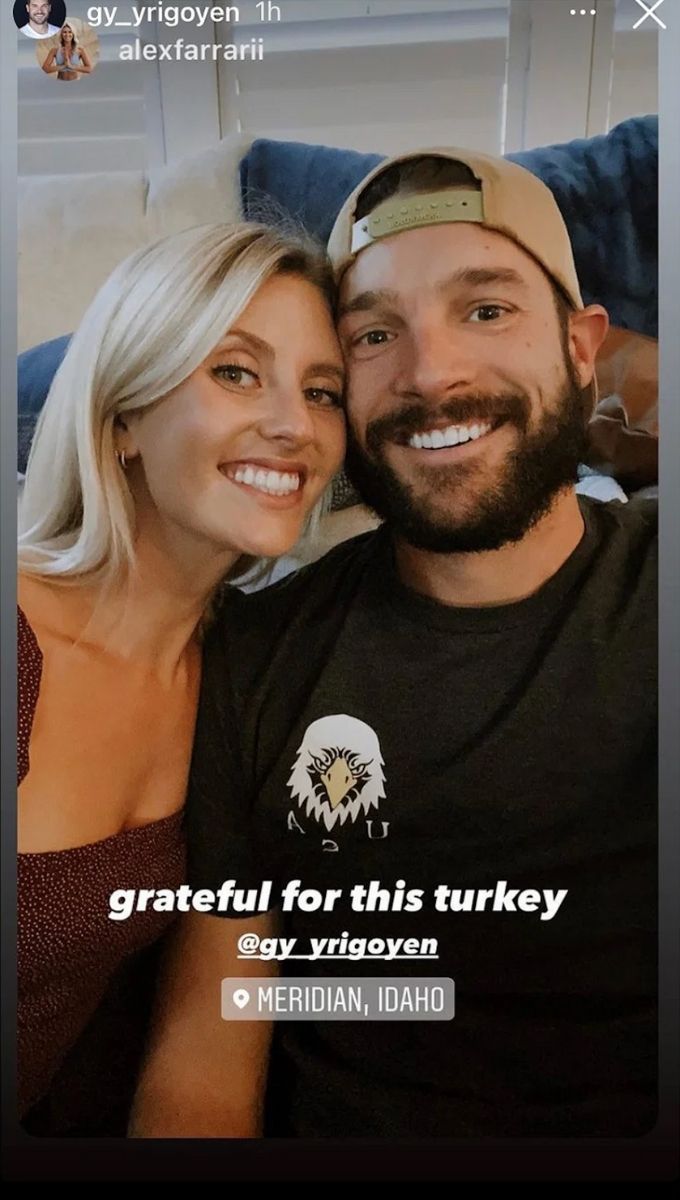 Garrett continued to share photos of them together, tagging them at the Cave Rock Trail. It appears they are hiking and enjoying their time together outdoors. 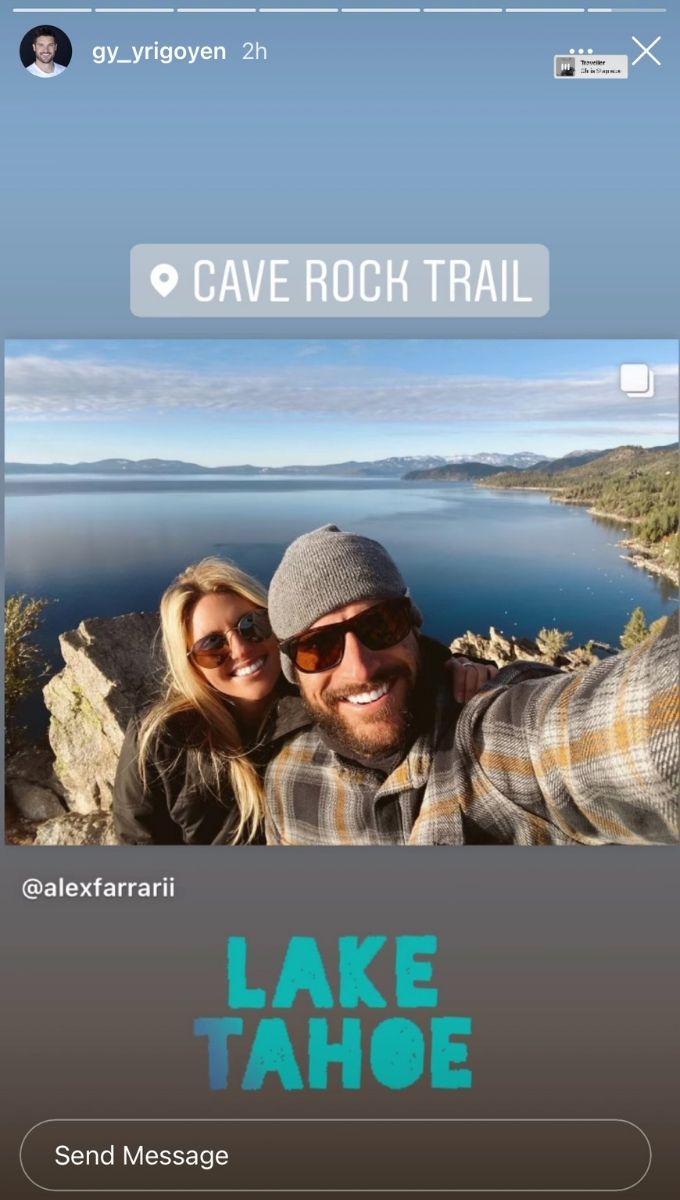 Alex has shared powerful posts about Garrett, including how he has swept her off her feet.

Bachelorette fans are still getting to know Alex, but she’s an outdoorsy type with a knack for yoga. And Garrett appears smitten with her.

“Pausing for a moment to recognize how thoughtful this man is. Last weekend we hosted a yoga retreat in the mountains and to our surprise, a winter storm hit and snowed us all in. A phone call later and without hesitation he was on his way up to help. (naturally) we made a mini-vacation out of it and stayed a few extra days to adventure,” Alex wrote on social media in November, sharing that Garrett was coming to help her out after she hosted a yoga retreat.

It was early in November when Garrett announced his new relationship. It was two months after Becca broke the news that they had split up.

At the time, Becca appeared to shade Garrett and his new relationship. She announced their split in September, but they may have broken up months prior to this. They had faced rumors for weeks prior to Becca confirming the news. Garrett never shared the news.

Becca has revealed she still believes in the Bachelorette process after her engagement to Garrett failed. Garrett appears to be moving on and leaving The Bachelorette franchise behind.

The Bachelorette airs Tuesdays at 8/7c on ABC.