Home » TV & Movies » ‘Game of Thrones’: Benioff and Weiss on the Stark Sisters and Ending the Show

Before this season’s debut, Game of Thrones showrunners David Benioff and D.B. Weiss answered questions by email for Rolling Stone‘s recent cover story on Maisie Williams and Sophie Turner. As the final episode approaches, we’re sharing the entire interview, which they answered jointly. (There were also other questions — on topics including George R.R. Martin’s degree of input on their ending, Sansa’s altered story arc from the book, the Ramsay Bolton wedding-night episode controversy and their feelings about the conclusion they chose — that they chose not to answer.)

What are your own emotional reactions to the end of this show?
It’s hard to encapsulate 10 years of our lives spent with so many of the best people we know, doing something we were all proud to be a part of. We’ll probably be dealing with the end of the show long after the show is actually over. 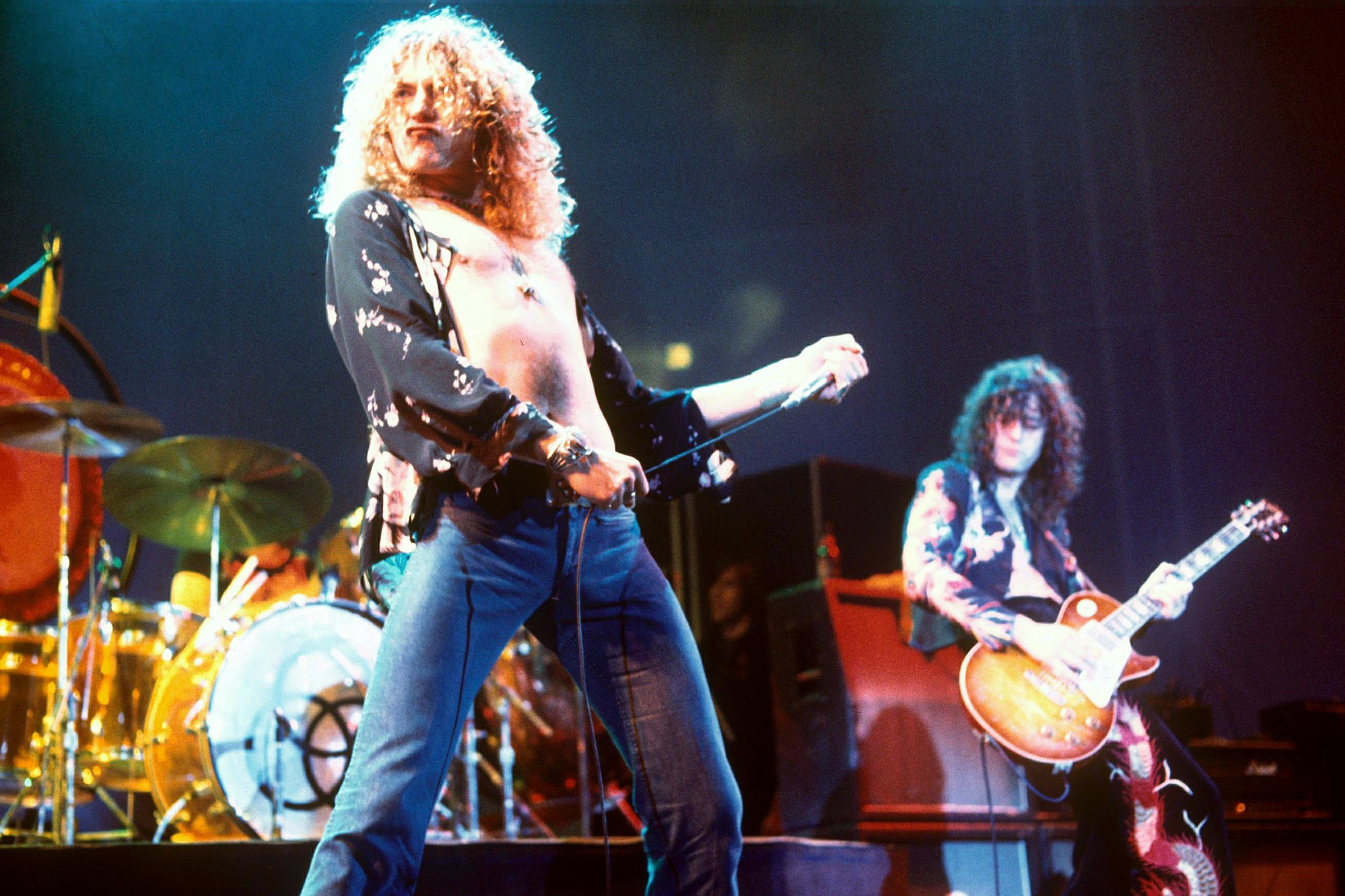 What final seasons/series finales on other shows do you admire and why?
Breaking Bad stuck the [landing]. We always talk about the Sopranos ending as well — as controversial as it may have been at the time, looking back on it, it’s hard to imagine a better ending for that show, or any show. Others that stand out… Adventure Time. And we still remember watching the M*A*S*H* finale, along with 105-or-so million other people.

How does it change things for you to be creating such a closely watched, inherently controversial epic in the age of the instant online social-media response?
It’s gratifying to have people care enough about what you’re doing to feel like they need to comment on it in real time. Social media has been central to the way the show has been watched by many people. That said, we don’t engage with it all that much, mainly because of the time and energy required to do so. The show itself is a full-time job and then some. We’ll make the best show we know how to make, and we’ll hope that people like it. Knowing full well they won’t be shy about it if they don’t.

You’ve mentioned that David Mamet quote: “Making TV is like running till you die.” How have you survived as you created this show that’s like nothing we’ve ever seen before?
We haven’t survived yet! It’s not done. Presuming we make it out the other side, though… We were lucky enough to take this trip with many dedicated and wonderful people, two of whom are on the cover of this issue of your magazine. We all made this together, and we all got through it thanks to each other.

In what ways have Maisie and Sophie surprised you over the years?
It’s one thing to do well in an audition. It’s another thing to deliver when there are hundreds of people buzzing all around you, you’ve got time for one more take before the sun goes down, and you’re 12 years old. Their grace under pressure was evident from their first days on set — which were their first days on any set, ever. But even those amazing early days couldn’t have prepared us for the layers upon layers of depth and subtlety they would both bring to their work, or the extent to which they would develop their craft on the job. They may have been born talented, but talented didn’t get them to where they are — hard work did. They may not always act serious, but they are serious actors.

Another surprising thing about both Soph and Mais is how decent and grounded they have remained, despite having grown up in the circus. They’ve learned to adapt to a lifestyle that’s radically different from the one they were raised to expect — and for all the benefits that come with it, it can also be emotionally trying. It can ruin people, but it hasn’t ruined them, not in the slightest. If anything, they’ve come out the other side of it more resilient than they went in. 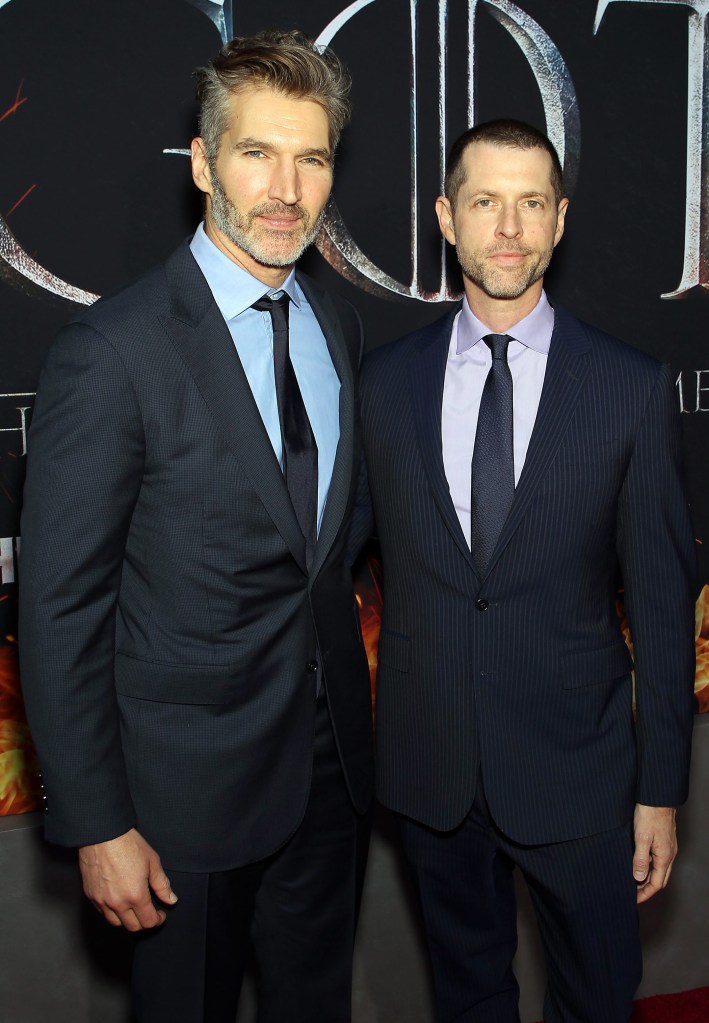 Benioff and Weiss at the Final Season premiere of ‘Game of Thrones’ in New York. Photo credit: Marion Curtis/REX/Shutterstock

What are your favorite moments with the two of them over the years, whether on- or off-set?
It was fantastic to get Arya back to Winterfell, because it meant that Maisie and Sophie could finally be in scenes and on set together again, which they hadn’t been since Season One. In the intervening years, they’d maintained and deepened a close friendship, and it was great to have two insanely witty and funny people playing off each other between setups. Although they did decide to start talking in a Northern (English) accent, which may be real and may be their own invention — being Americans, we couldn’t tell. But they would sometimes talk in this accent all day. And every once in a while it would find its way into a scene, and we’d have to remind them that Sansa and Arya don’t talk like that.

After all of it, one memory that stands out was our Belfast wrap party for the original pilot shoot in 2009. We remember the both of them bawling and hugging each other, because they loved each other so much after only a few short weeks and were afraid they’d never see each other again because the show wouldn’t get picked up. It was a viable fear, but we’re very grateful that it didn’t work out that way, and that they both got to spend all those years with each other, and with us.

I was hoping you could address the complexity of Arya. On one level, we can’t help thrilling to her skills and ruthlessness; on another, this is someone we met as a little girl who is a now vicious killer (albeit of highly deserving targets). Does she require redemption? Is that even possible? How do you see her, ultimately?
Well, Arya may have a higher body count than almost any other major character on the show, but she’s almost always been justified in the violence she’s done in one way or another. And thinking about her circumstances… That’s a childhood you wouldn’t wish on anyone. She’s maintained a kind of moral center throughout — thinking about her refusal to follow Jaqen’s order to murder the actress in Season Six. So we don’t see her as needing any particular redemption. We see her as an extremely resilient child who made the best of an extremely difficult childhood to become a singular woman.

How about Sansa — she’s lost so much of her innocence and endured so much horror. What do you take away from her story?
Sansa started out the show as a very traditional girl from a noble family with very traditional expectations for her life. Those expectations were horribly upended, and the ensuing experiences forced her to question so many things that she took for granted: her innocence, her trust, her assumptions about the way the world works. But although some very bad people did their best to break her, none of them could — and she left her terrible experiences stronger than she went into them. Now she is one of the most formidable people in the story.