Home » TV & Movies » From Brad Pitt to Ellen DeGeneres, these stars went for a VERY similar type after breaking up with their famous exes

WE'RE all guilty of having a bit of a type when it comes to our love lives -but some celebrities have truly taken it to the extreme.

The latest big name to be spotted with a familiar-looking face is Brad Pitt, who's sparked romance rumours with an Angelina Jolie lookalike following their split. 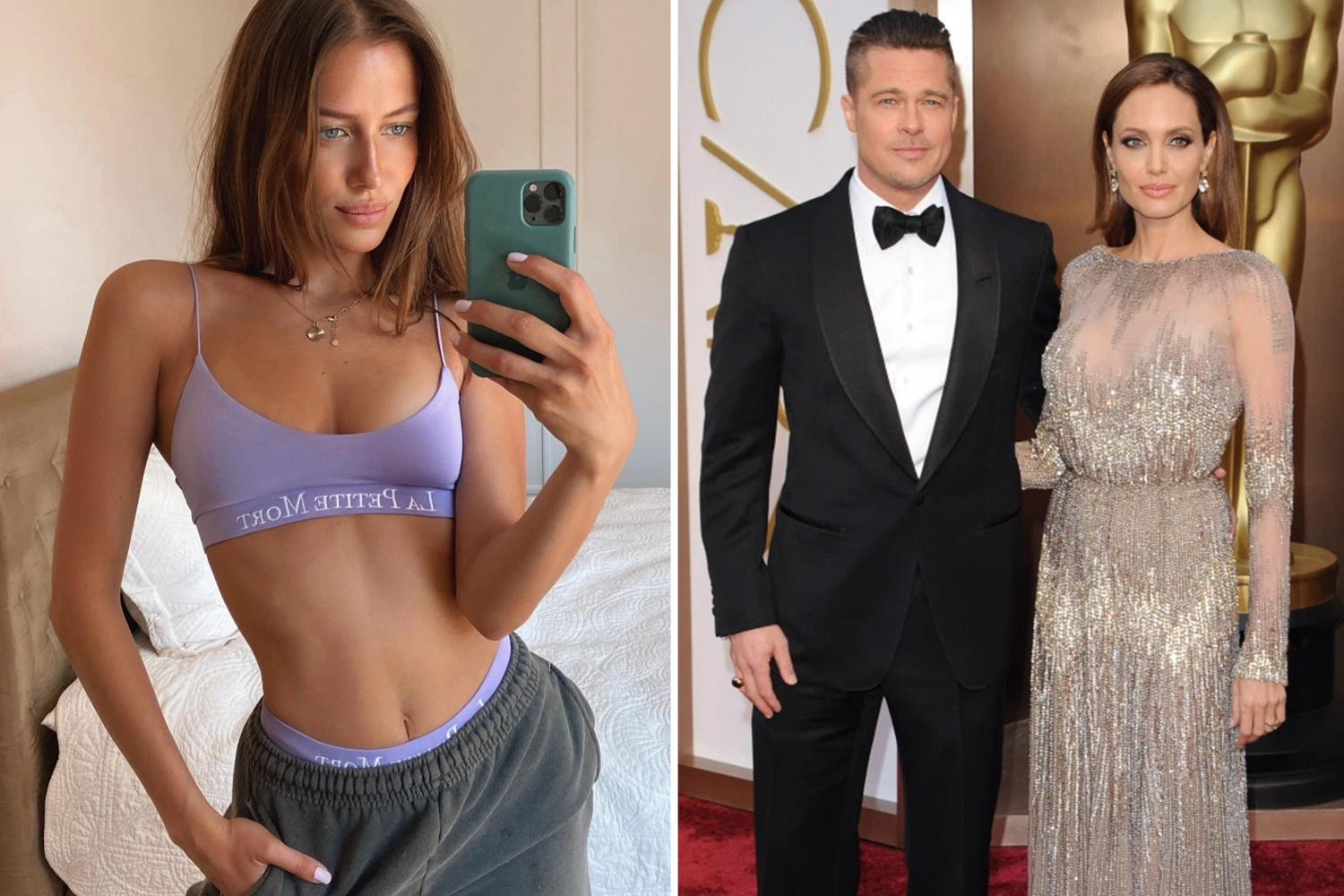 The Hollywood star, 56, was pictured looking "close and cuddly" with model Nicole Poturalski, during a trip to France.

The two are thought to have flown together to an airport near Marseilles; 30 miles away from Brad's French home, Chateau Miraval.

And he's not alone, as everyone from Katy Perry to Robin Thicke and Leonardo DiCaprio have dated some similar-looking stars in the past.

Relationship expert Neil Wilkie, founder of The Relationship Paradigm, says there are many reasons people may go for a certain type – from it feeling "familiar" and secure, to some perhaps struggling to learn from past mistakes. 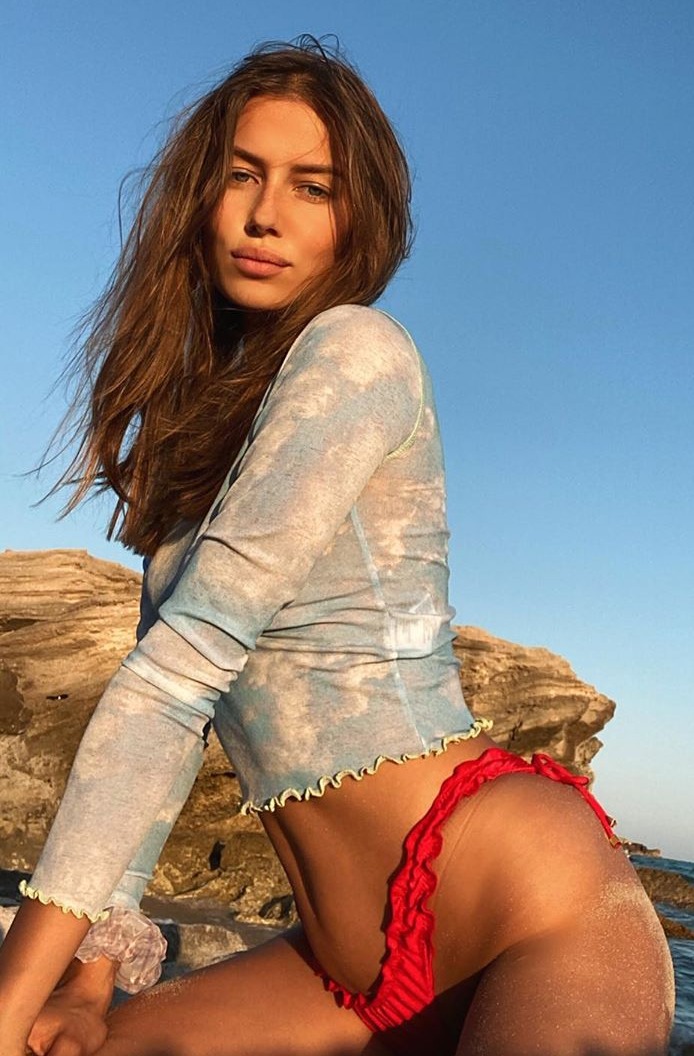 "They fell in love with the old body and appearance, they now just want a different person inside," he tells Sun Online.

"[Some may] leap into the next relationship and, because they have not learned, the same pattern repeats."

Robin Thicke is loved up with fiancee April Love Geary, but when they first got together, fans couldn't help feeling a sense of deja vu. 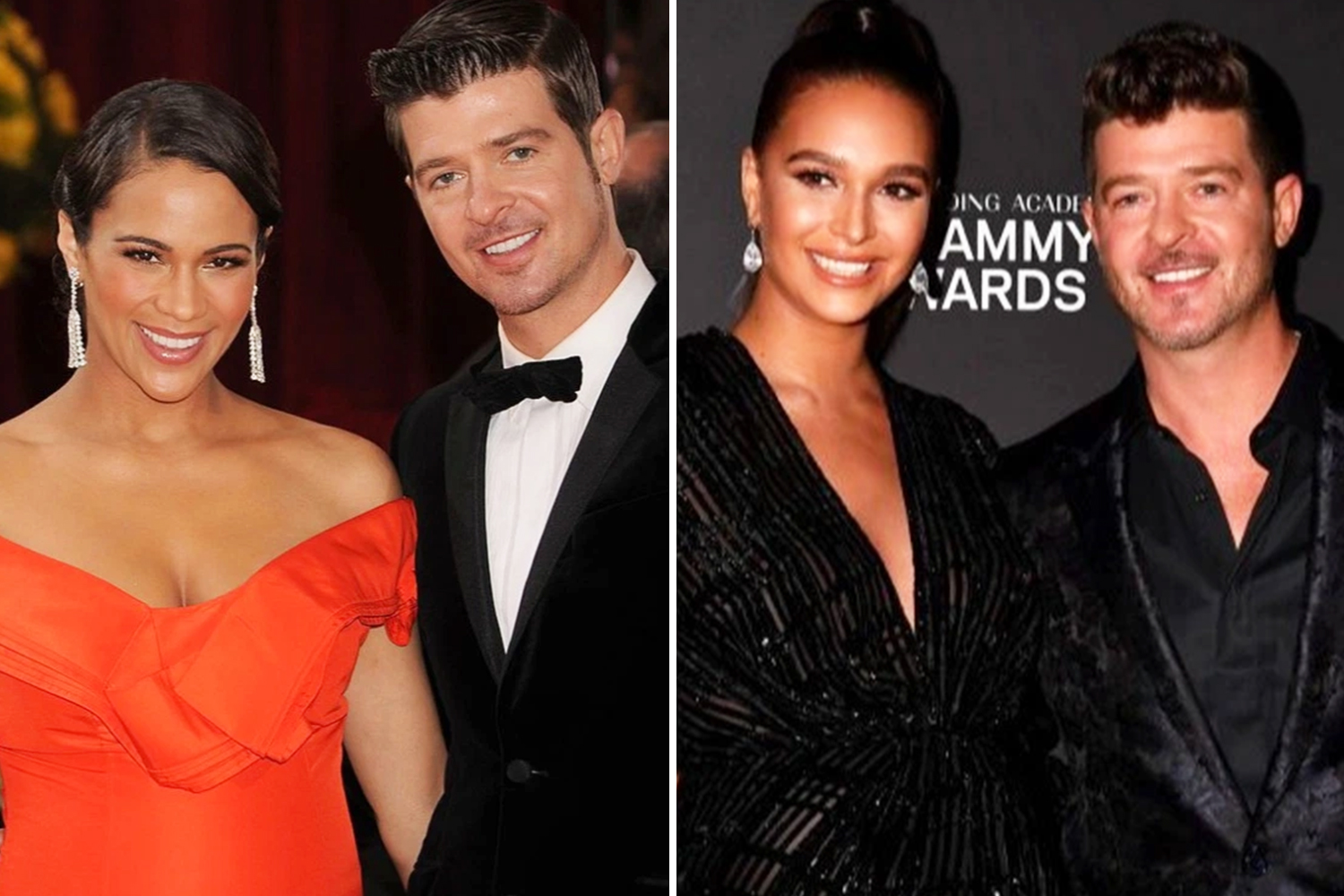 The Blurred Lines singer was previously married to his childhood sweetheart Paula Patton for nine years, and the pair look very similar – down to their incredible figures and long brunette hair.

While his split from Paula, who he shares a son with, got messy at the time, Robin is now head over heels for April, with the pair sharing two kids together.

And Paula and April appear to be amicable too, with the pair pictured sharing a hug last year.

When Adam Brody, 40, split from his The O.C. co-star and partner Rachel Bilson in real life, hearts broke everywhere. 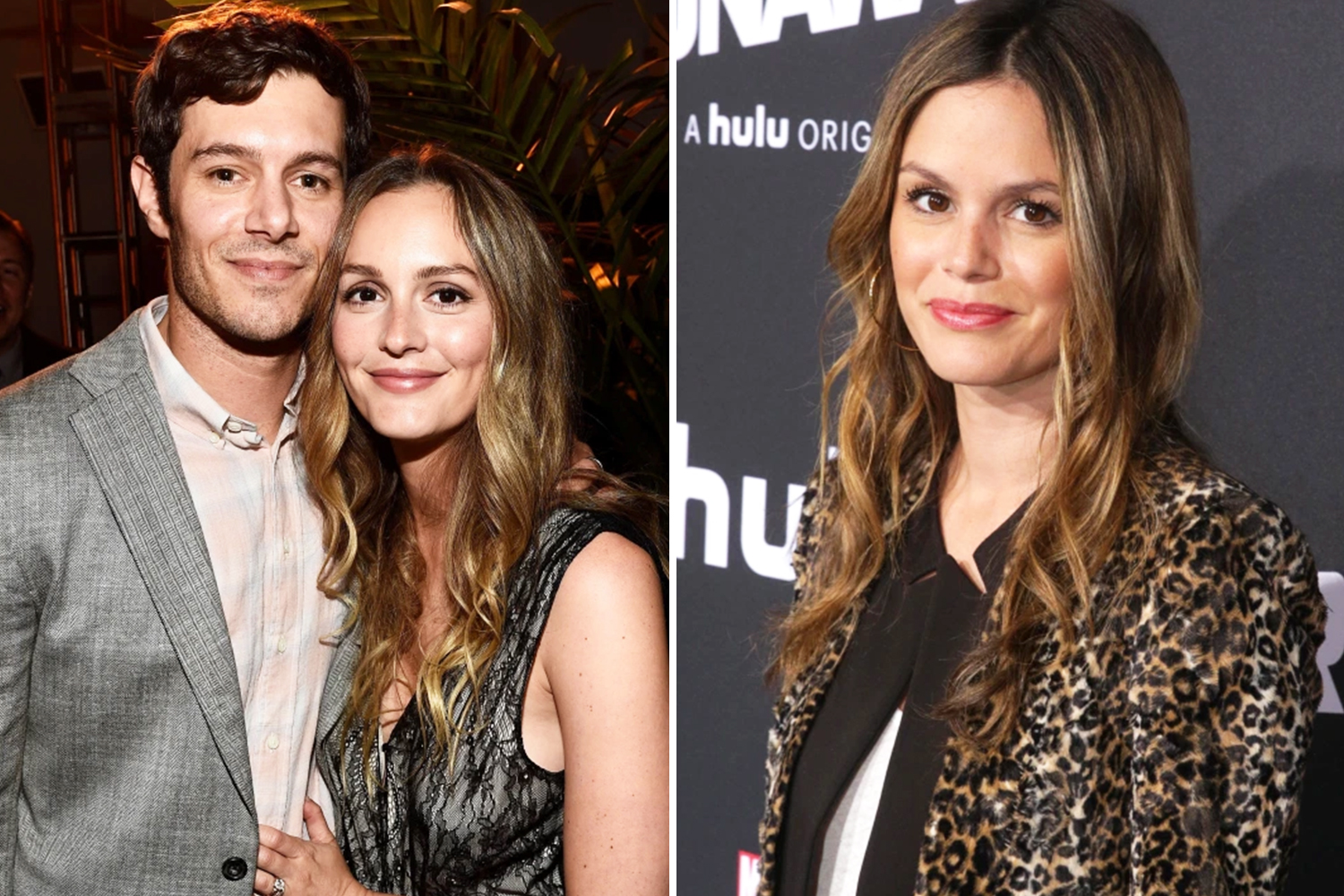 However, he went on to marry her doppelganger Leighton Meester, best known for playing Blair Waldorf on Gossip Girl, and sent fans wild all over again.

Rachel and Leighton share quite the resemblance, but there's no hard feelings and Adam remained friends with his former partner long after their split – while he's still happily married to Leighton now.

If there's one Hollywood star who's proven he has a type, it's Leo. 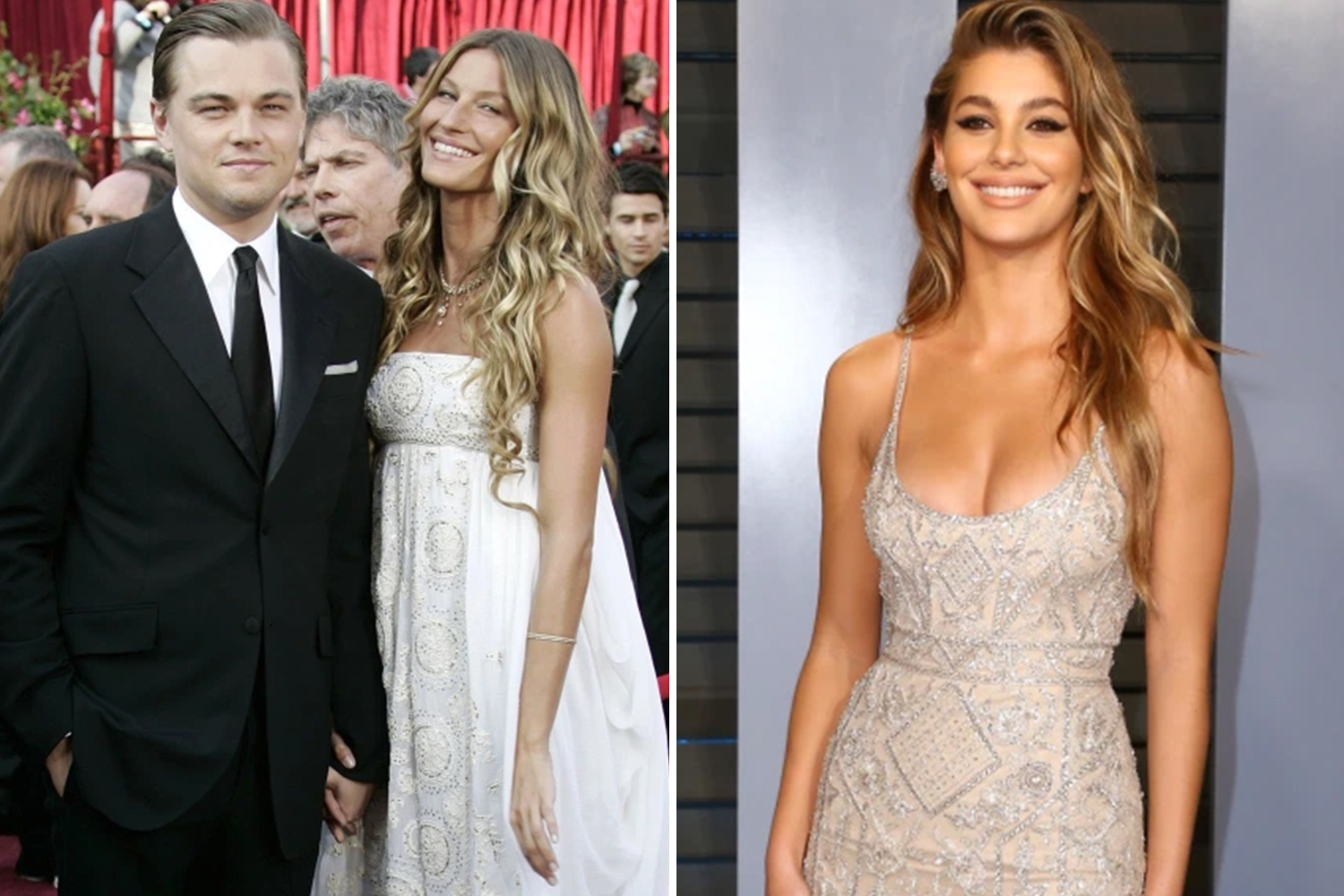 The actor has dated some of the world's most stunning models over the years – all of them leggy, beautiful and mostly under the age of 25.

From Toni Garrn to Gisele Bundchen and Erin Heatherton, many of the bombshells share a similar look – and they're all knockouts. 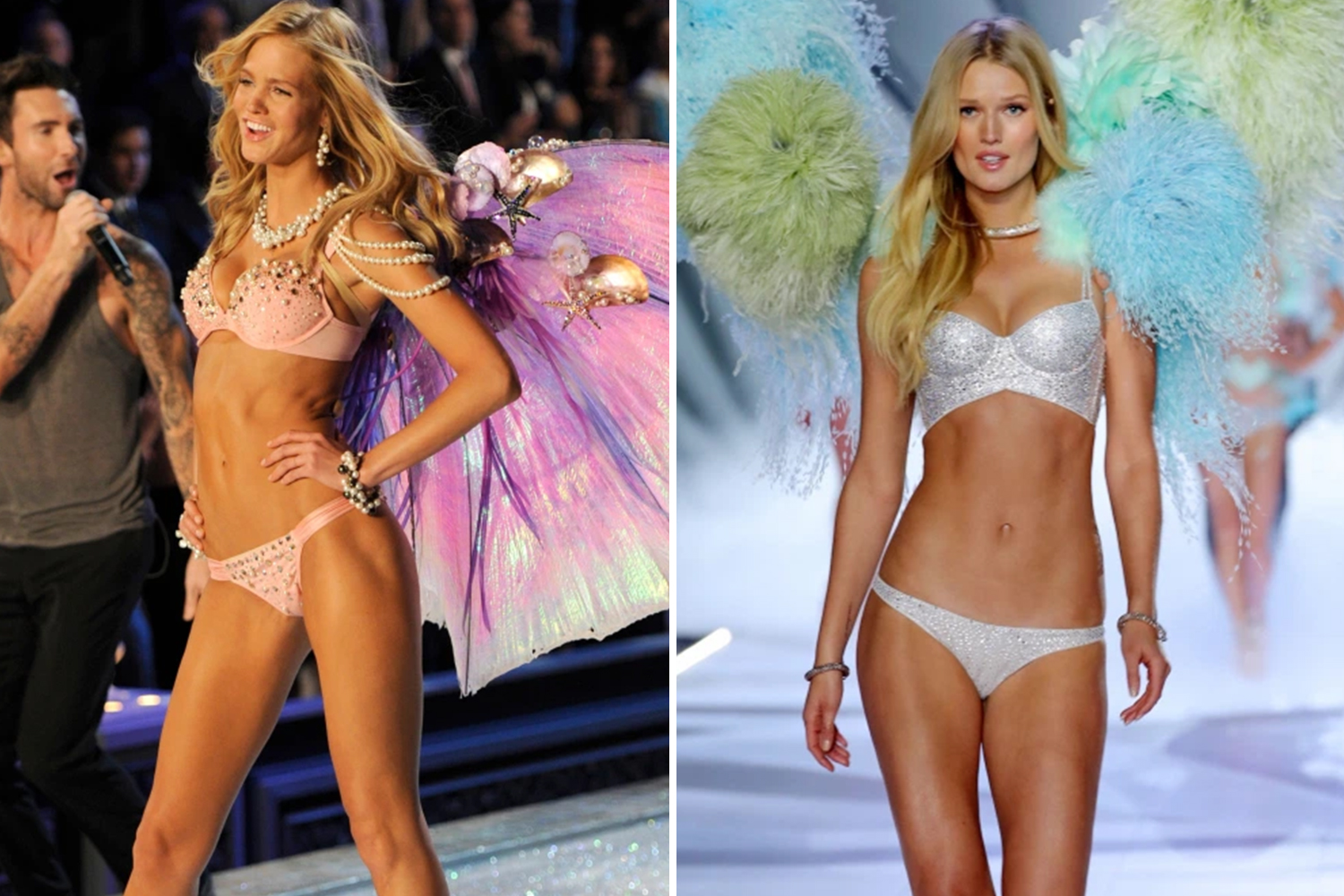 But he finally appears to have settled down now with current girlfriend and model Camila Morrone.

While her most high profile relationship was with her ex husband Liam Hemsworth, Miley Cyrus, 27, also enjoyed a brief romance with Hollywood hottie Patrick Schwarzenegger. 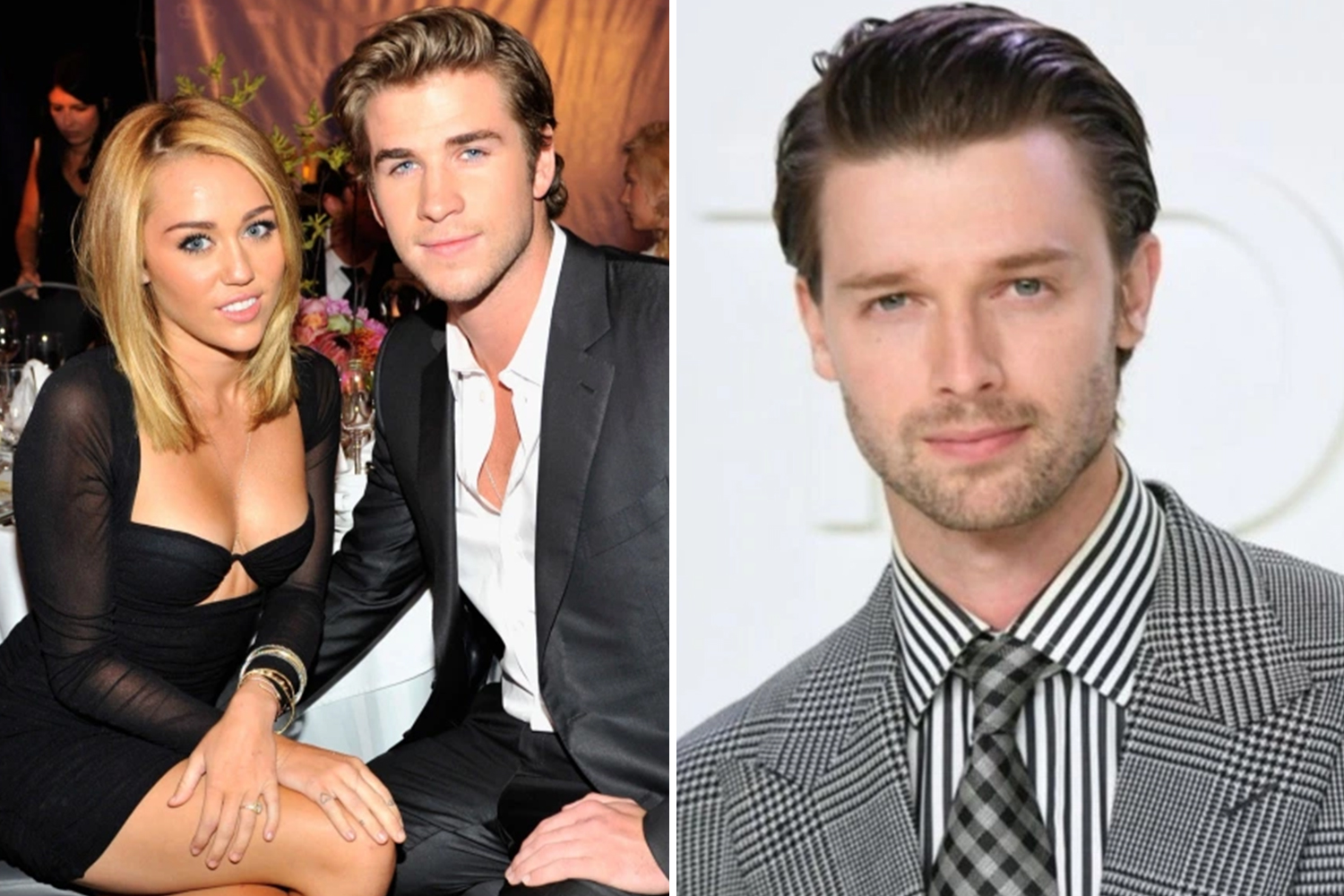 They're thought to have been linked in 2014, before splitting a few months later – and she undeniably has a type she's attracted to.

With Liam and Patrick both sharing a common career and some seriously good looks, who can blame her? 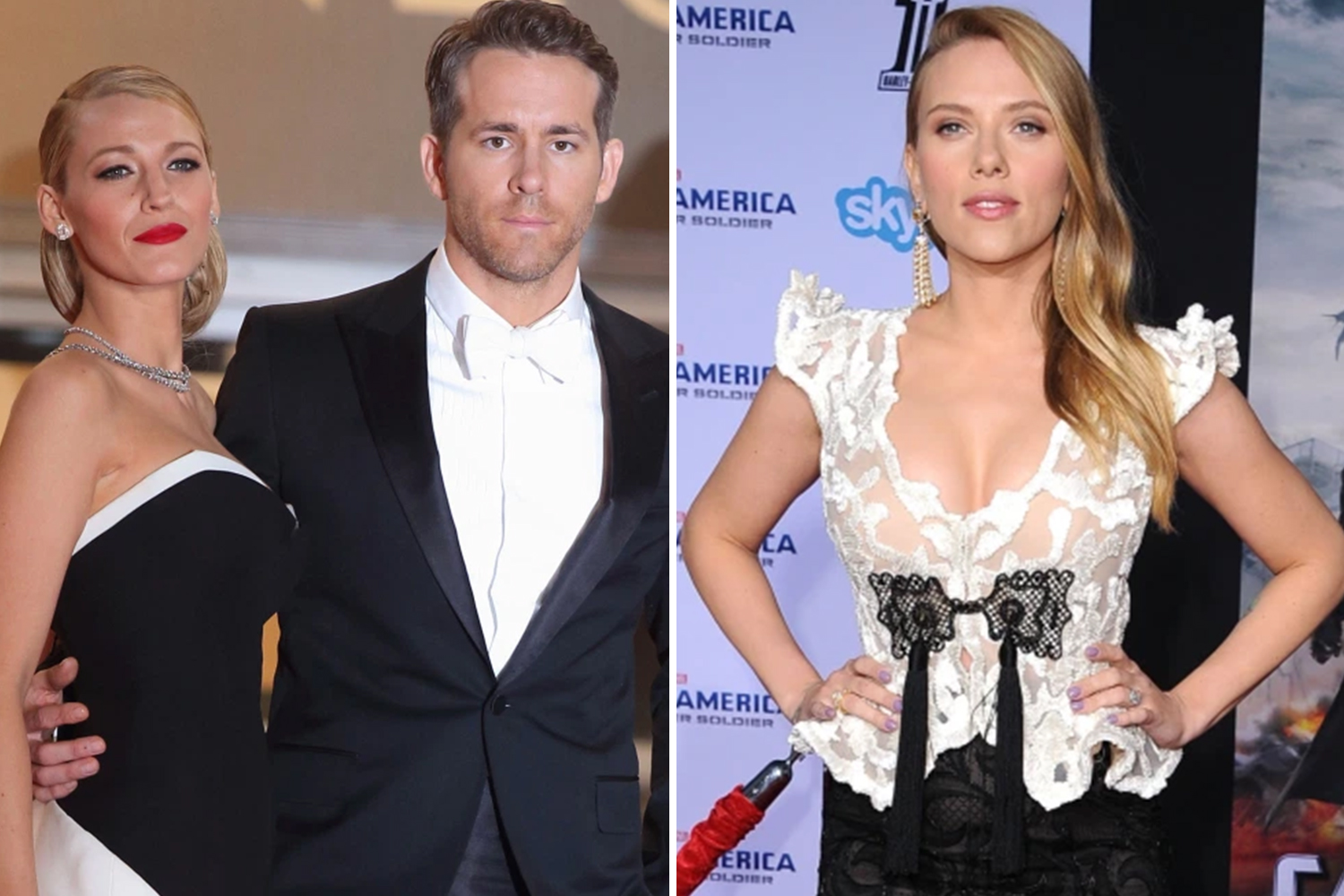 The couple began dating in 2007 and were husband and wife from 2008 to 2011, before eventually splitting up.

Ryan has since welcomed three kids with Blake, however, who he married in 2012, and they look as besotted as ever.

Katy Perry, 35, has previously joked that her type is an "English gentleman" – appearing to refer to her current partner Orlando Bloom and ex Russell Brand. 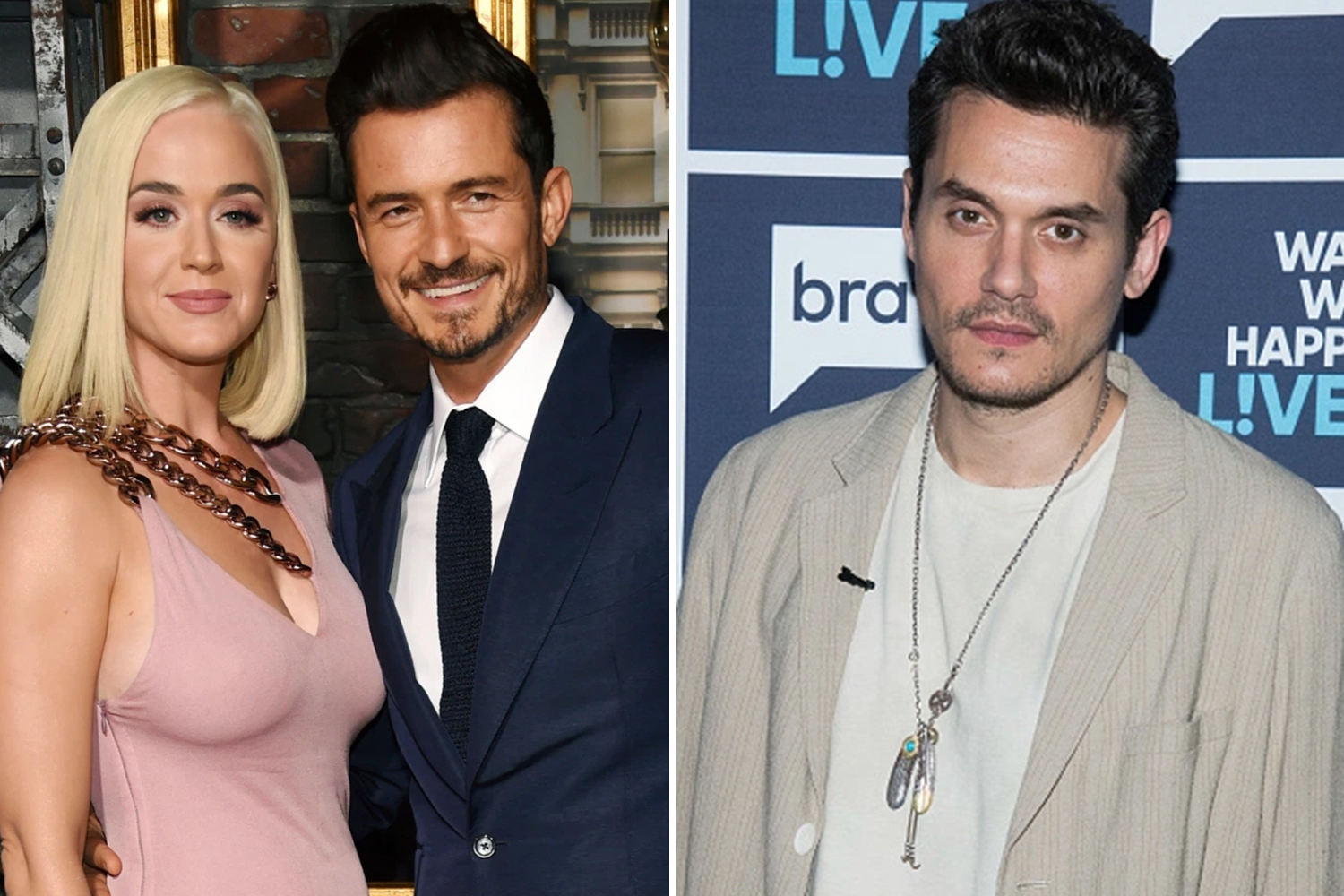 But she's also gone for similar looks in the past – with her ex John Mayer bearing a striking resemblance to Bloom.

The singer, who has just welcomed a baby with Orlando, fell for Mayer after her marriage to Brand broke down in 2012, and although the couple broke up for good in 2014, Katy ranked him as her best lover in a 2017 interview with James Corden.

However, she's since found happiness with Orlando, and appears happier than ever.

American singer, producer and actor Marc Anthony, 51, famously married J Lo in 2004, spelling the start of a lengthy marriage together. 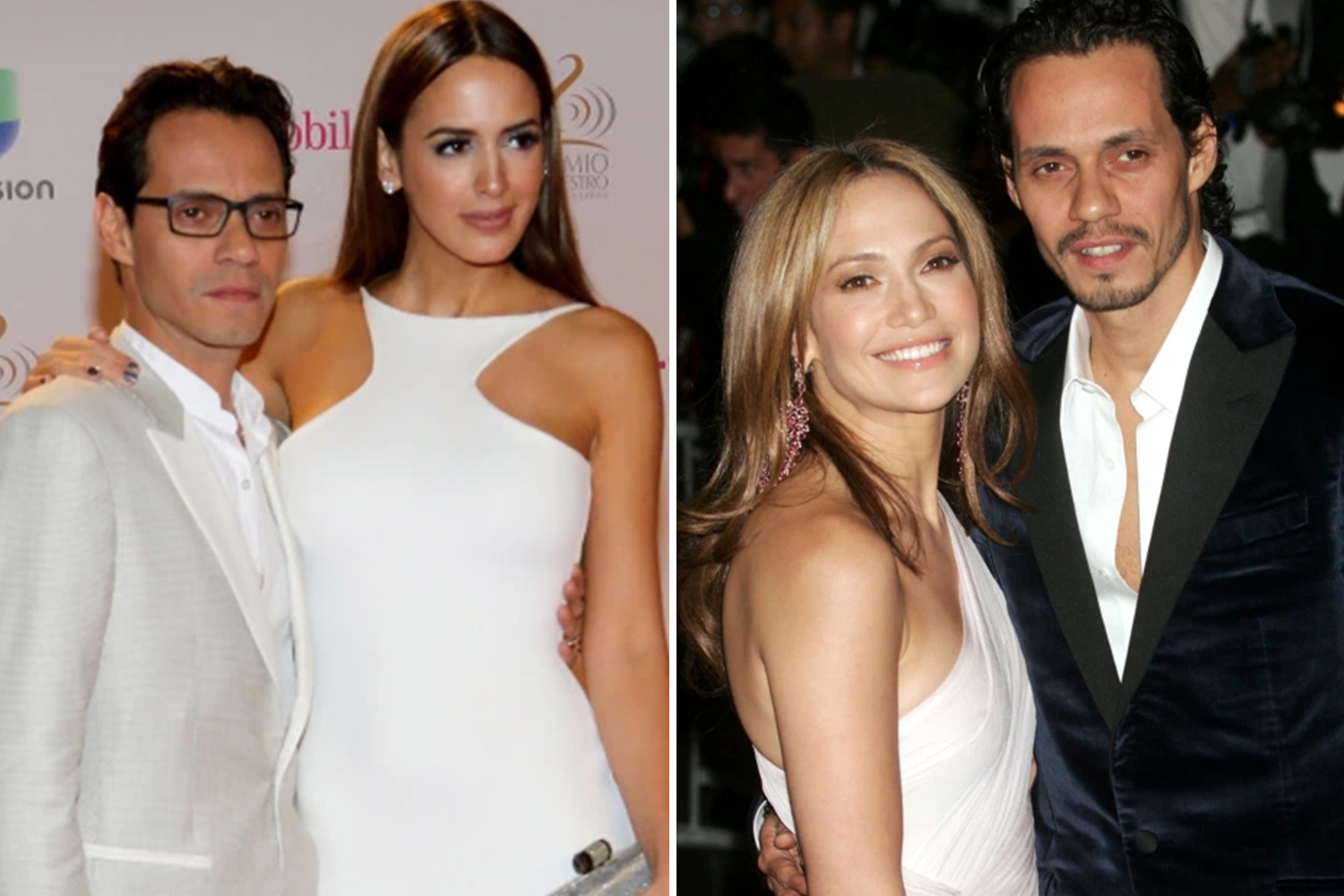 However, the power couple went on to separate in 2011, before their divorce was finalised in 2014 – the same year Anthony married model Shannon de Lima – who shared every bit of J Lo's glamour.

Sadly their marriage didn't last, and they split in 2016.

Kim Kardashian's ex Reggie Bush, 35, dated the reality star on and off from 2007 until 2010, before they eventually went their separate ways. 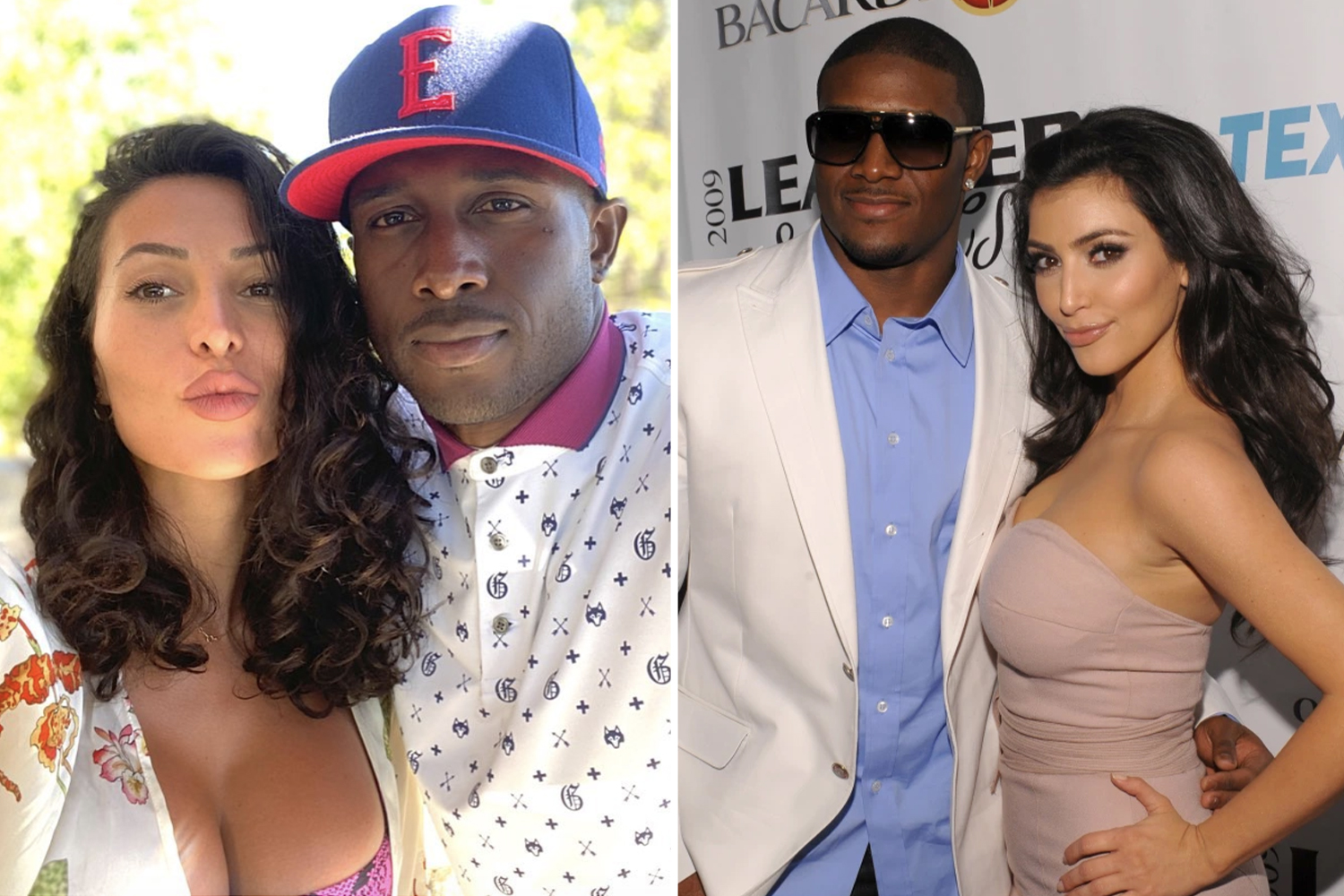 But he didn't stray too far from his type after that, as he went on to marry stunning dancer Lilit Avagyen – who fans couldn't help noticing looked just like his ex.

The couple now have three kids together, while Kim has four children with husband Kanye West.

Ellen appears to have a thing for blondes. 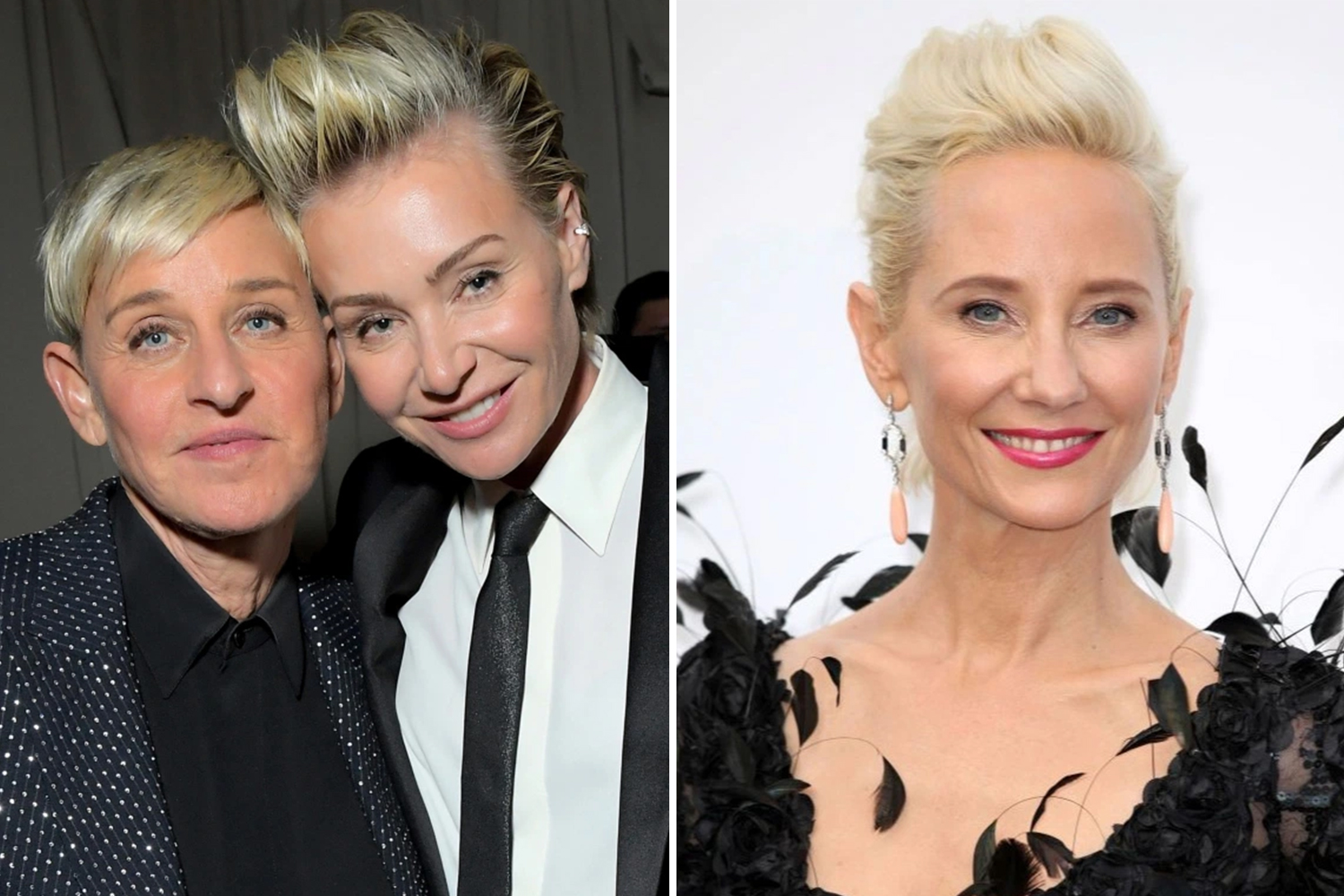 The two started dating in 1997 before splitting up in August 2000, and she looked very similar to Portia at the time.

When you know, you know!