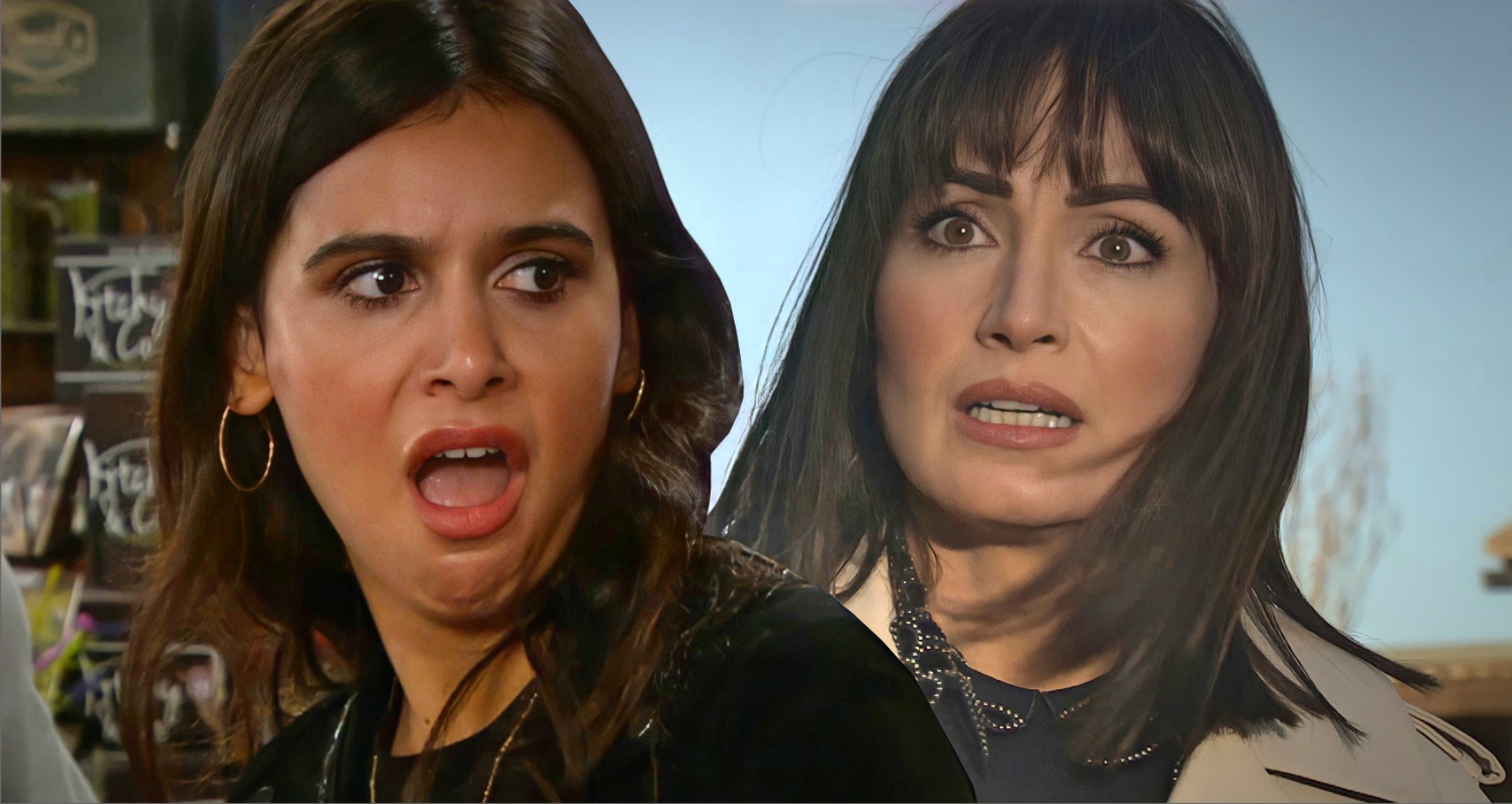 Murderous Meena has claimed the lives of at least two people that we know of, and earlier this week, she kidnapped baby Theo in order to cause trouble between David Metcalfe (Matthew Wolfenden) and Victoria Barton (Isabel Hodgins).

Her actions have impacted a number of resident’s lives, particularly Leyla and Liam’s (Jonny McPherson), who have struggled to come to terms with Leanna’s demise.

Meena’s role in the teen’s death remains unknown, but just how would Leyla react if she were to learn that she was to blame?

‘Oh, she would try and kill her!,’ actress Roxy Shahidi told Metro.co.uk. ‘I mean, she really would. One hundred percent.

While Meena is yet to be on Leyla’s radar, Leyla is most certainly on Meena’s, given that she’s inadvertently come between her and David on a number of occasions.

Viewers have long wondered if Leyla would wind up a victim of Meena’s, but how would Roxy feel if such a thing was to transpire?

‘I mean, it’s one of those things, isn’t it!,’ she laughed. ‘No job is guaranteed, and when you’ve got a serial killer you do think: “Oh god, I wonder if I’m going to end up at the bottom of a ditch”, but it just goes with the territory!