Emmerdale fans will see a new batch of characters land on the ITV soap in the days to come after it was announced three residents would be arriving to mix things up in a huge way. One of these is Manpreet Sharma’s (played by Rebecca Sarker) sister Meena (Paige Sandhu), who will take a shine to newly-single Billy Fletcher (Jay Kontzle), much to the dismay of ex-girlfriend Dawn Taylor (Olivia Bromley). When Dawn discovers Billy isn’t fazed by the attention, she will lash out at Meena – but could her actions lead her to lose her young son Lucas?

Dawn split with Billy after not being able to tell him about DI Malone’s (Mark Womack) fate earlier this month.

Billy is still yet unaware of Dawn’s actions against the villainous police officer and she split with him in order to keep him safe.

The young mum felt forced to tell Billy she didn’t love him as she started to become increasingly concerned over her crime.

But as she starts to go on a downward spiral, she will soon take her anger out elsewhere – could she end up paying the price for her actions? 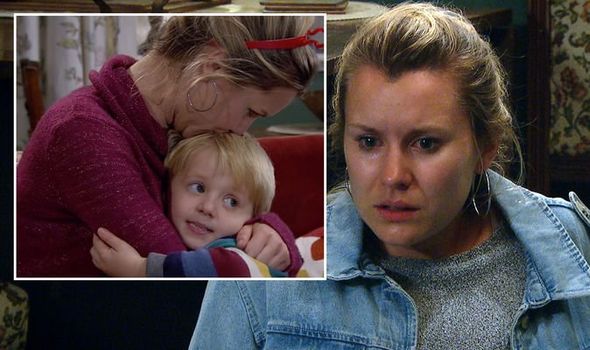 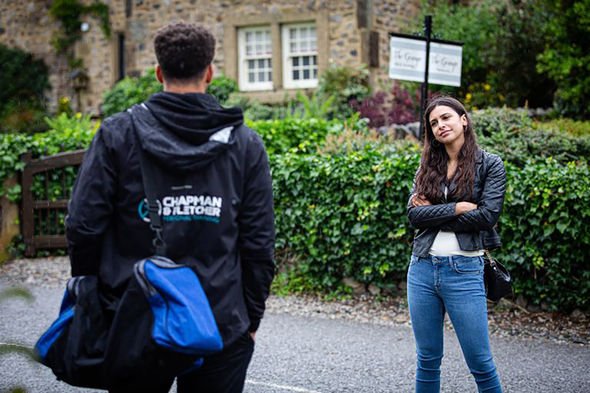 In episodes to come, ITV viewers will see Dawn realise she’s made the wrong decision.

She ends up clashing with a new face after witnessing them flirting with Billy.

Meena arrives in the Dales and goes to help Amy Wyatt (Chelsea Halfpenny) behind the tills at the Hide.

When Meena spots Billy, she instantly gets to work trying to ruffle some feathers. 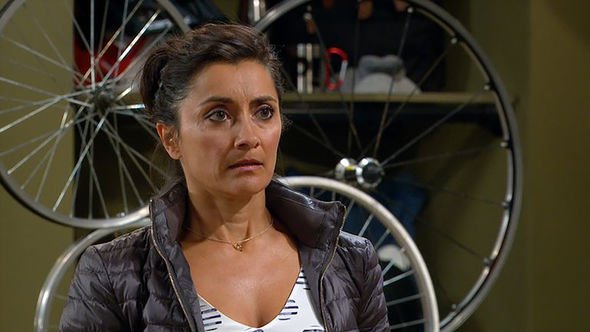 Dawn is left angered by her flirtations and clashes with the newcomer over the move.

Meena soon steps things up a gear and asks Billy out, leaving Dawn fearing the worst over her future with him.

Things take a sinister turn when Dawn decides to defend her man, despite not being with him anymore.

This leads to a nasty confrontation which leaves Meena injured and Dawn worried.

Could Dawn’s actions leave Billy worried Dawn is too dangerous to be around and draw him closer to Meena?

With Dawn already at risk of getting in trouble with the police, could this see her losing her son in a heartbreaking turn of events?

Dawn worked hard to get her son back in her life but if she puts one foot wrong, it could soon leave her life crumbling around her.

Elsewhere, Meena and Manpreet will come face-to-face for the first time in years, leaving the latter shocked.

The GP will return from a cycling trip and realise her sibling is looking to stick around the foreseeable future.

It’s been hinted that Meena will reveal some huge secrets from Manpreet’s past and it seems a family feud could be on the horizon.

Actress Paige has spoken out about what’s to come for her character ahead of her arrival on the Dales.

She teased: “Meena is such a fun and complex character to play and I’m really looking forward to seeing how people react to her.

“I’m loving working with both Rebecca and Bhasker [Patel, who plays Rishi Sharma] and they have made me feel so welcome.”