Charity Dingle’s (played by Emma Atkins) family were furious when they discovered she’d cheated on fiancée Vanessa Woodfield (Michelle Hardwick). The Dingle matriarch was caught kissing Mackenzie Boyd (Lawrence Robb) and subsequently spent the night with the newcomer after teaming up to commit crimes. However, Charity will be left devastated when she learns of Mackenzie’s true intentions in Emmerdale.

When Vanessa split with Charity, the mum-of-four turned to alcohol to cope with the loss.

Mackenzie’s initial attempts to get his partner in crime into bed were rejected but ultimately the pair spent the night together.

However, speaking to Express.co.uk, Lawrence has revealed Mackenzie has no real interest in Charity.

He said: “I think the thing about Mackenzie is that he would flirt with a lamppost in the village. 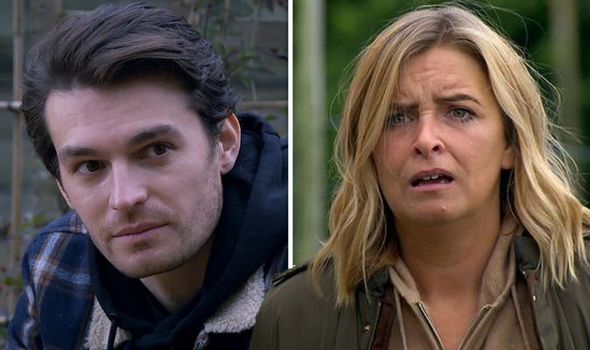 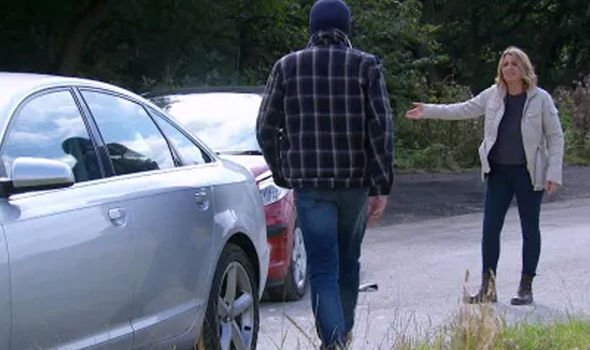 “Bless her and bless my character, she’s there and she’s available. I don’t think it’s anything more than that.”

When Debbie Dingle (Charley Webb) returned, Charity began to realise that slowly her children are turning against her one by one.

If Charity realises she means nothing to Mackenzie this may push her over the edge. 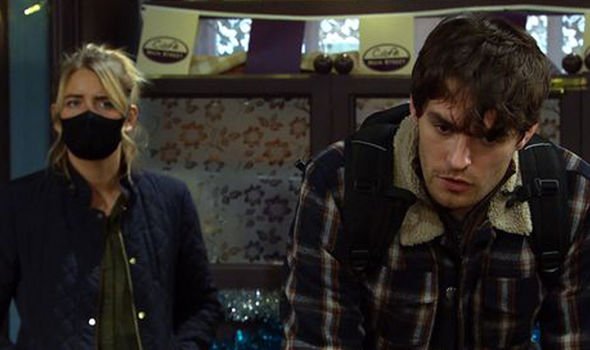 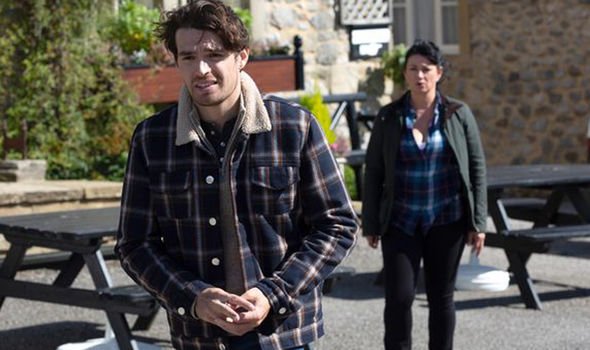 Lawrence continued: “I don’t think that he’s found anyone in the village. I’m told that it may happen it may not.

“But at the moment he’s a lone wolf and he’s not really interested in any kind of romance right now.

“I’m told there will be a time where someone will come in at some point and blow him off his toes and make him go, ‘Oh my god he or she is wonderful.’”

Will a new love interest for Mackenzie arrive in the village and result in Charity having no one to turn to?

The actor explained the newcomer’s behaviour is a front after being hurt by Moira’s decision to abandon him when he was young.

Lawrence said: “Yeah, 100 percent. The more I’ve been on set and worked with Natalie we’ve spoken in great detail about where the relationship of Moira and MacKenzie is going.

“And I think in the end, hopefully, all things being true that they’ll just come to a nice understanding with each other that people make mistakes and we can build on the love that was there before.”

“I know I’ve said in the past to Moira ‘I detest you’ and I hate her but it’s all from an underlying level of hurt,” Lawrence added.

“When she was around when he was younger he loved her and he doted on her and was her shadow.

“From all the hate that’s come now, it’s all from hurt and love underneath.

EastEnders spoilers: Chantelle Atkins injured as abusive husband Gray tries to force her to get pregnant again – The Sun