Family has always been the biggest and most important thing to the Mitchells, but Sam Mitchell (played by Kim Medcalf) constantly talks about how she’s always felt side-lined by her brothers. Official EastEnders spoilers suggest the unique episode will see Phil (Steve McFadden) reflecting on his past, where a life-changing secret could be unearthed. With DCI Keeble (Alison Newman) on his back forcing him to dig up some information on a man who is clearly significant to Phil in some way, could the delve into the Mitchells’ past show that the mystery man is in fact Sam’s real dad, whom Phil knew all about?

Spoilers from the BBC soap confirm Phil is left shocked to his core when he discovers who Keeble wants him to inform on.

It’s at this point that viewers are transported to 1979 to learn more about the family’s chequered past in the area.

It is soon evident that the Mitchells were hit hard by the economic turmoil in Britain at the time.

Peggy (Jaime Winstone) is kept on her toes running a busy household, whilst her marriage to Eric (George Russo) is showing its cracks.

Upon learning that Phil (played in the flashback instalment by Daniel Delaney) has a job at the garage, Eric decides to take Phil and Grant (Teddy Jay) out on a ‘job’ in order to give them some work experience, despite Peggy’s disapproval. 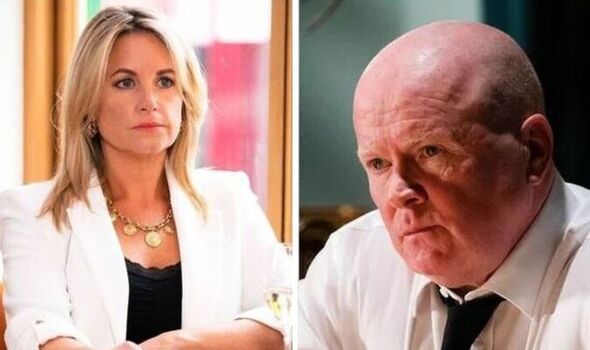 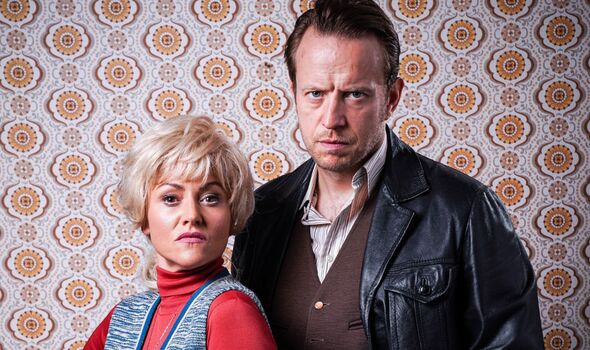 Eric and Phil are vying for the title of man of the house but who will come out on top?

With DCI Keeble’s obsession with the family ever increasing, will the truth of her vendetta against them finally be revealed and can Phil ever escape the past?

It could be that the episode will reveal that Peggy once had an affair and that Sam’s real father isn’t Eric.

Perhaps Phil found out in 1979 after noticing the cracks between his parents and doing some digging.

With Eric leading his sons astray and Peggy disapproving, their marriage could have been crumbling further. 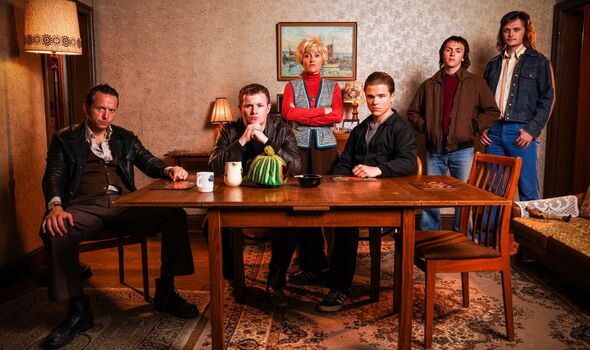 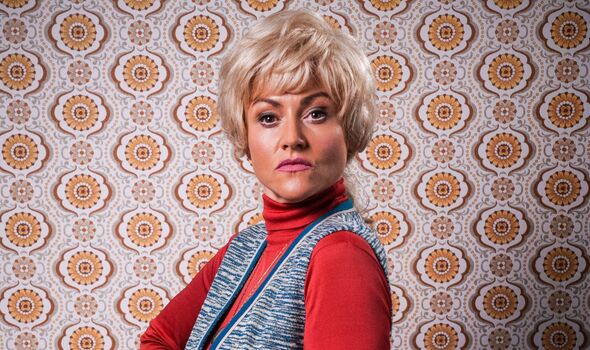 Maybe Peggy, with no one to turn to, found comfort in an old secret lover.

Following a fight with Erik, Phil might come back o discover the mystery man leaving his house.

After confronting Peggy, she might confess that the man is Sam’s real dad.

In the 1970s episode, Sam would have been very young.

Peggy might have told her son and begged him not to breathe a word to anyone.

Phil being a Mitchell though, may have kept tabs on the man, wanting to know what he is up to after almost tearing apart his family.

Perhaps the man Keeble has asked Phil to get information on is Sam’s real dad.

But what could her vendetta be? Maybe the man is also Keeble’s dad, meaning she and Sam are half-sisters.

It could be that he was in the same criminal world as Eric, and watching her dad leading this lifestyle could be what turned Keeble towards becoming a police officer.

She probably became estranged from him and has been unable to connect with him again ever since.

However, unlike the Mitchells, maybe her dad’s affair with Peggy caused her family to split apart, and she has never forgiven Peggy.

She would also know exactly what they had been involved with in the 1970s, with her dad running in the same circles as Eric.

With economic hardship affecting the family, Eric may have been involved in several areas of crime in the area to provide for his family.

Phil carried the legacy on, and to this day is involved in all sorts of dodgy activity.

Could this explain Keeble’s obsession with Phil and the rest of the family?

Wanting to stop the cycle of Mitchell crime in Walford, perhaps she has always been intent on seeing as many of them behind bars as possible.

With the past coming back to haunt Phil, will he be able to keep the secret he has held for years?

It’s likely that, with her real dad potentially coming face to face with Phil, Sam might finally learn why she has never felt like “a true Mitchell”.

What might happen with the siblings once Sam, and perhaps Grant too, learns about Sam’s real dad?

EastEnders continues on Thursday at 7.30pm on BBC One.

Why The Good Place is ending after season 4