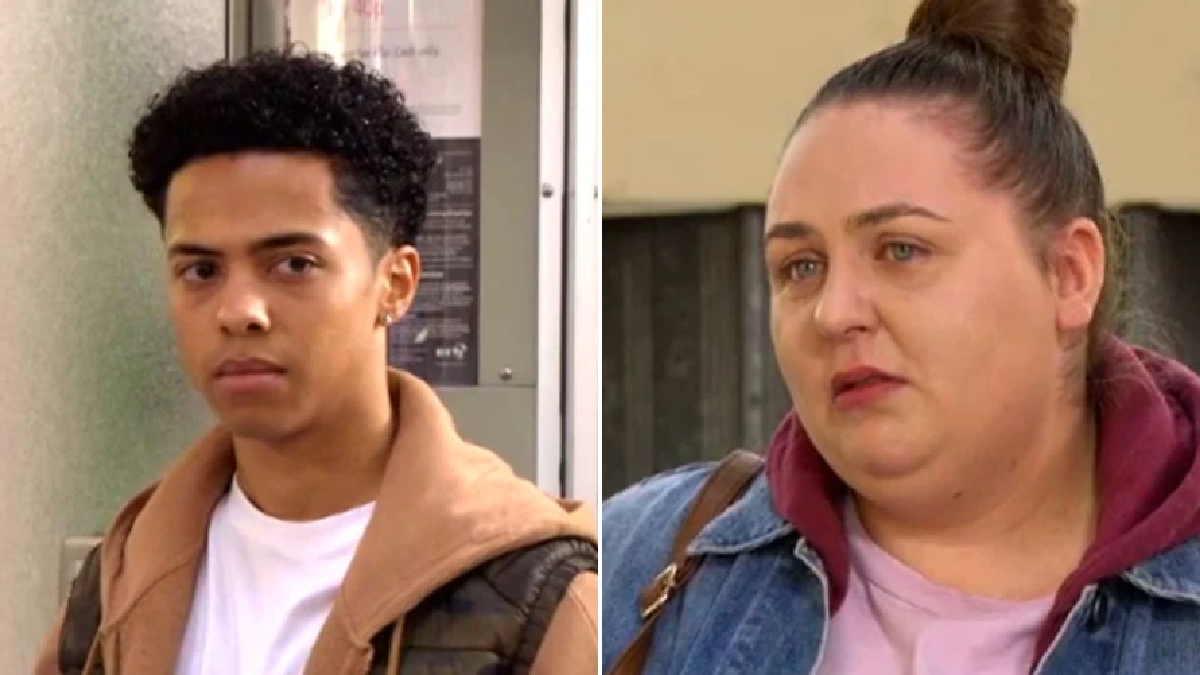 After revealing Keanu had been in touch, Keegan (Zack Morris) initially proposed the idea of himself leaving following the breakdown of his and Tiff’s (Maisie Smith) marriage.

However, tonight, after persuading Keegan to stay, Bernie decided to leave instead.

Prioritising her unborn baby’s life, Bernie headed out of Albert Square, with Karen’s (Lorraine Stanley) worry growing her daughter may not want to give up her baby after all.

Bernie is a much loved character, but is this the last we’ve seen of her?

‘We know Bernie will be returning to Walford but who knows what she will be coming back to’, Clair Norris explained.

‘I think that Bernie is overwhelmed with everything a definitely needs some time away to clear her head, she needs a break. I think it will do her good to get away, take care of herself and the baby for a bit, that’s her number one priority. She knows how much this is going to hurt Stuart and Rainie but Bernie is determined to put the baby first.’

‘Everything is overwhelming for Bernie at this point’, Clair continued as she discussed Bernie’s recent ordeal with Rainie.

‘Her concerns of staying pregnant are still a massive focus for her as well as is the stress of still thinking that Raine is lying about using again. Also the pressure from her family knowing she could be carrying a baby for a drug addict becomes too much, she thinks they are thinking I told you so.’

Rainie found out about Bernie’s departure through Karen, leaving her curious as to whether she will actually return before giving birth.

As Clair revealed, the fragility among Bernie and Rainie’s friendship after the drug ordeal is what impacted her character’s decision to keep things quiet.

‘She doesn’t tell Rainie, knowing her that her reaction won’t be positive. Also there is a little bit of selfishness that she is leaving and she knows that this decision will break Rainie and Stuart’s heart even though she is overwhelmed.

‘Bernie thinks the worst and expects the test to be positive after Rainie’s change in behaviour and seeing her with what she thinks to be a dealer.

‘She genuinely believes that’s what is happening in front of her and jumps to conclusions rather seeing the bigger picture.’

So, when Bernie eventually returns, will she have changed her mind about being Rainie’s surrogate?

How bad will things get if she decides she won’t give Rainie her baby?