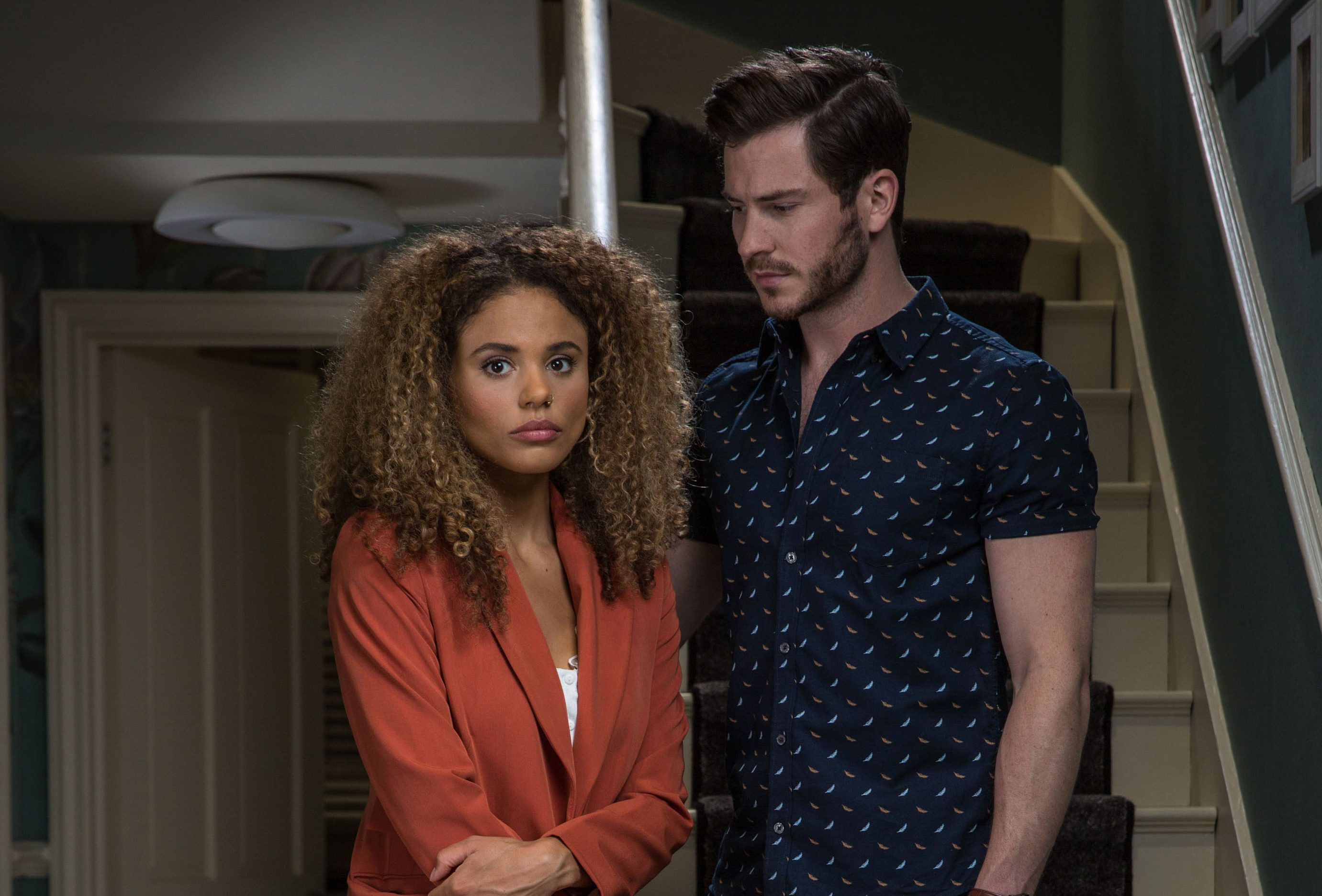 Over the past few weeks, Whitney’s suspicions over Gray have been rising, regularly picking up on his strange behaviour and constant lies.

With a dangerous and deadly Christmas on the way, Whitney will turn detective and at last work out Gray killed Chantelle, and Shona McGarty revealed her character’s reaction when she finally realises the truth:

‘It comes as a huge shock. She would never have thought that he was capable of murder. It’s also heart breaking because Whitney and Chantelle were so close.

‘It’s like one of those awful documentaries you see where the neighbour is a murderer – it’s crazy. It also scares Whitney that she was so close to him and could potentially have had a relationship with him.’

And as Whitney discovers the truth, fear sets in that Gray’s fiancé Chelsea (Zaraah Abrahams) may be in grave danger.

‘She is trying to be careful, because Gray is so unpredictable’, Shona added, discussing the chances of Whitney telling Karen (Lorraine Stanley) and Mitch (Roger Griffiths) what she knows.

‘Now she knows what he is capable of, she wants to tread carefully and keep her and Chelsea safe. Her heart breaks for Mitch and Karen because of what happened to their daughter, and I suppose in a strange way she doesn’t want to upset them any further.’

'What You Gonna Do When the World's on Fire?' Film Review: Race Documentary Wallows in Tragedy But Offers No Solutions