Whitney Dean (played by Shona McGarty) and Kush Kazemi (Davood Ghadami) decided to spend Valentine’s Day together in EastEnders but made it clear they were nothing more than friends. However, after a series of signs pointing them in the direction of romance, the pair decided to kiss but will they regret their encounter if Whitney falls pregnant?

In the second half of Friday’s double-bill, new housemates Whitney and Kush decided they would spend Valentine’s Day together so they wouldn’t be alone.

However, throughout the day the market traders kept spotting signs that seemed to suggest they would make a good couple.

First of all, the pair decided there would be no roses or rings present at their cosy night in. 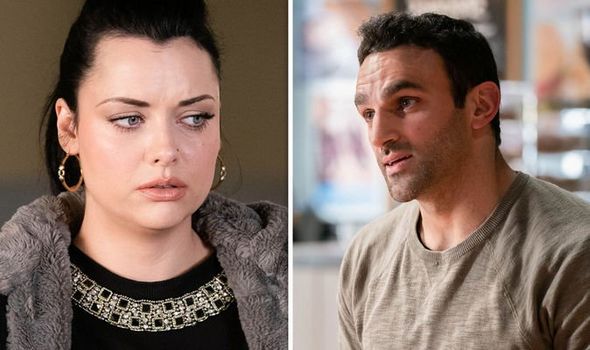 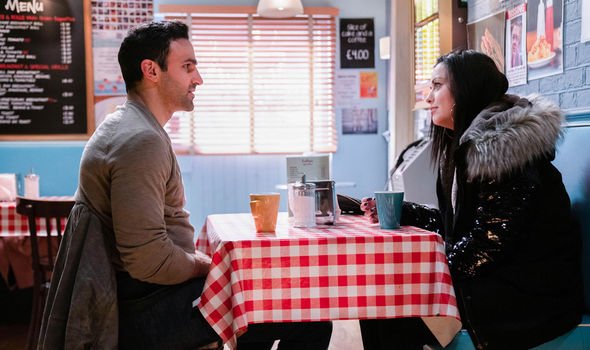 But Denise rejected the gift as she was focussed on helping daughter Chelsea Fox (Zaraah Abrahams).

The detective handed the roses over to Kush and asked him to give them to someone who appreciated them.

The market trader nervously gifted them to Whitney who was thrilled with the gesture.

Kush then headed off the Minute Mart to pick up snacks while Bernie Taylor (Clair Norris) chatted to Whitney. 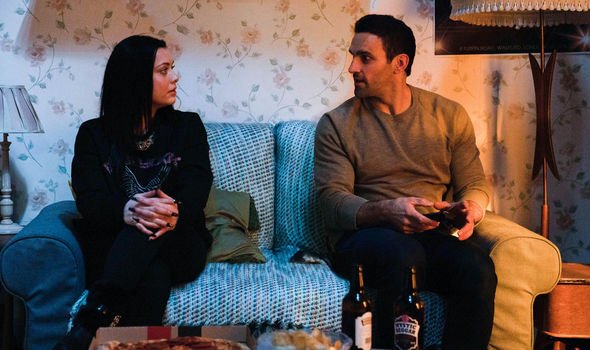 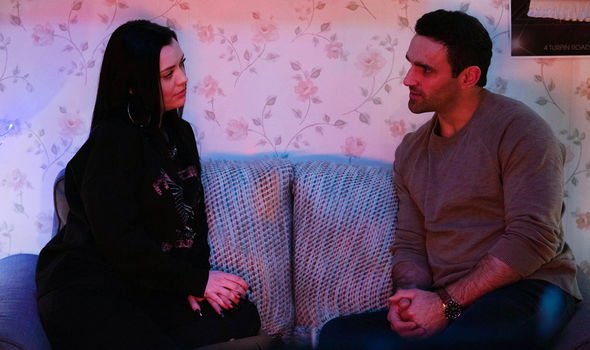 Bernie offered Kush some of her Pick N Mix sweets but dropped the packet on the floor.

As market trader collected the sweets he inadvertently held out a gummy ring to Whitney on one knee.

Later, the pair settled down for their evening before realising the pizza they had been delivered had pepperoni slices in the shape of a heart.

When the lights suddenly went out, Kush suggested all of the signs pointed to their evening being romantic.

“Do you think the universe is trying to tell us something?” Kush asked.

“Should we listen?” Whitney replied before the pair started kissing and undressing each other.

It seems likely the pair will spend the night together after admitting to having feelings for one another but could Whitney discover she’s pregnant?

The pair have been friends for years and most recently Whitney was the person Kush called when he fled Walford.

However, the market trader is awaiting trial after handing himself into the police for a robbery.

Kush struck a deal with Phil Mitchell (Steve McFadden) and confessed to several crimes he didn’t commit in order to make sure his son Arthur would be financially looked after.

The market trader didn’t want to be a part of Arthur’s life when he was first born but soon changed his mind.

If Whitney does fall pregnant, Kush would be horrified to discover he’ll miss the opportunity to be a father for a second time.

EastEnders continues on BBC One on Monday at 8.05pm.

Taylor Swift Opens Up on Her Struggle With Eating Disorder