EastEnders: Sharon and Jean steal an item from the shop

Sharon Mitchell (played by Letitia Dean) was overwhelmed when Ian Beale (Adam Woodyatt) announced he had bought the Queen Vic from Mick (Danny Dyer) and Linda Carter (Kellie Bright). The mum moved in as the new manager and after disappearing from EastEnders, Ian’s lawyer revealed he had signed the pub over to his long-term friend. However, could this move have been an act of revenge after she tried to kill him?

Ian left Walford earlier this year after discovering Sharon had tried to poison him for the role he played in Dennis Rickman’s (Bleu Landau) death.

The businessman didn’t tell anyone where he was going but his lawyer reached out to Sharon to sort out an annulment.

As well as ending the marriage, the lawyer confirmed Ian wanted to sign over the Queen Vic to his life-long friend.

Sharon eagerly agreed but fans suspect Ian has ruined his friend financially with the sneaky move. 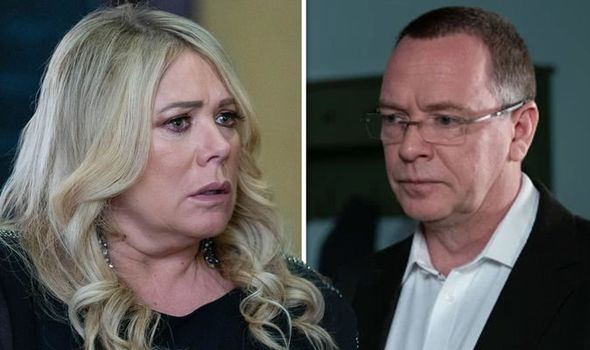 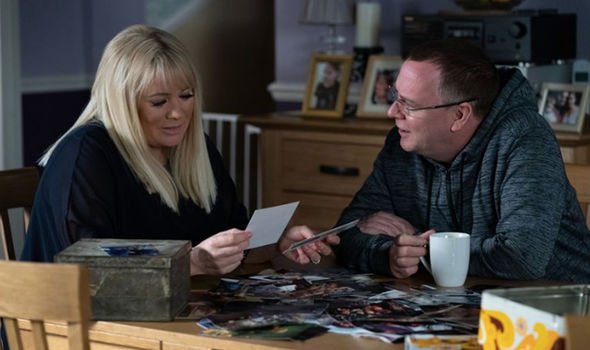 Discussing the storyline in a Reddit forum, one fan asked: “Ian annulled his marriage to Sharon then transferred ownership of the Vic to her, but wasn’t he in a very expensive mortgage?

“Does he still have to keep paying the mortgage or did it transfer to Sharon? How can she pay that off?”

Another fan replied: “The pub was also mortgaged to the hilt. Ian was in serious financial trouble with no end in sight.

“Much like Phil and Sharon were when Ben returned to the scene. They couldn’t even use their credit cards. The financial slate is wiped clean in Walford every three weeks.” 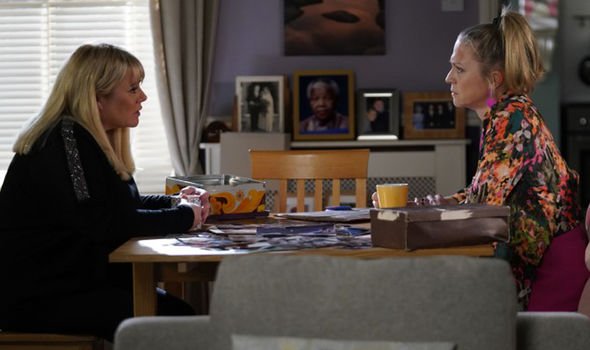 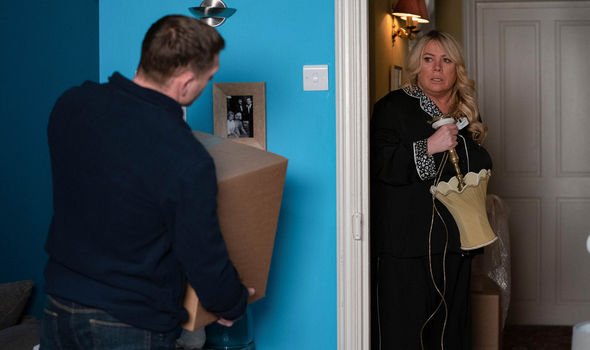 “It was said at the start by Kathy that Ian has a massive mortgage on the Vic, he used Max’s money to pay the deposit I guess (sic),” someone else added.

Sharon was left with nothing when she split with Phil Mitchell (Steve McFadden) but the pair later agreed on a divorce settlement.

However, before leaving the square, Ian was almost left bankrupt by his Queen Vic purchase and struggled with the large mortgage repayments.

The businessman may have realised Sharon wouldn’t be able to keep with the cost of running the Queen Vic either.

In recent scenes, Sharon agreed to sign over the pub to Mick and Linda to keep Phil from prison but this may not provide the mum with financial stability.

Another fan pointed out: “And how would Linda get the money together to buy it off Sharon when they have spent most of their money on their flat and living expenses. Mick doesn’t work and she has a part-time job.”

The pub sale may fall through and leave Sharon with a huge mortgage she has no means of paying.

Even if Mick and Linda do get their hands on the Queen Vic, they agreed to purchase it at a “reasonable” price which suggests they’ll buy it back at around the same price they sold it for last year.

If this is the case, Sharon will likely be left with very little disposable income as the money used to buy the Vic will dwindle once solicitor fees and other costs are taken into count.

The iconic pub was forced into closing during the Walford lockdown and Ian mentioned several times that the pub’s takings were lower than they should be.

The Queen Vic may be embroiled in numerous debts to keep it afloat and these would need to be paid if Sharon was planning to sell the property.

Was Ian’s gesture of signing the pub over to Sharon an attempt at revenge or will the stalwart find a way to build a new life with her young son?

EastEnders continues on BBC One on Thursday at 7.35pm.

The Bachelorette: Ben Smith Speaks Out After Breakup From Tayshia Adams

Britain’s Got Talent 2019: Viewers lift the lid on THAT magic trick – did you spot it?