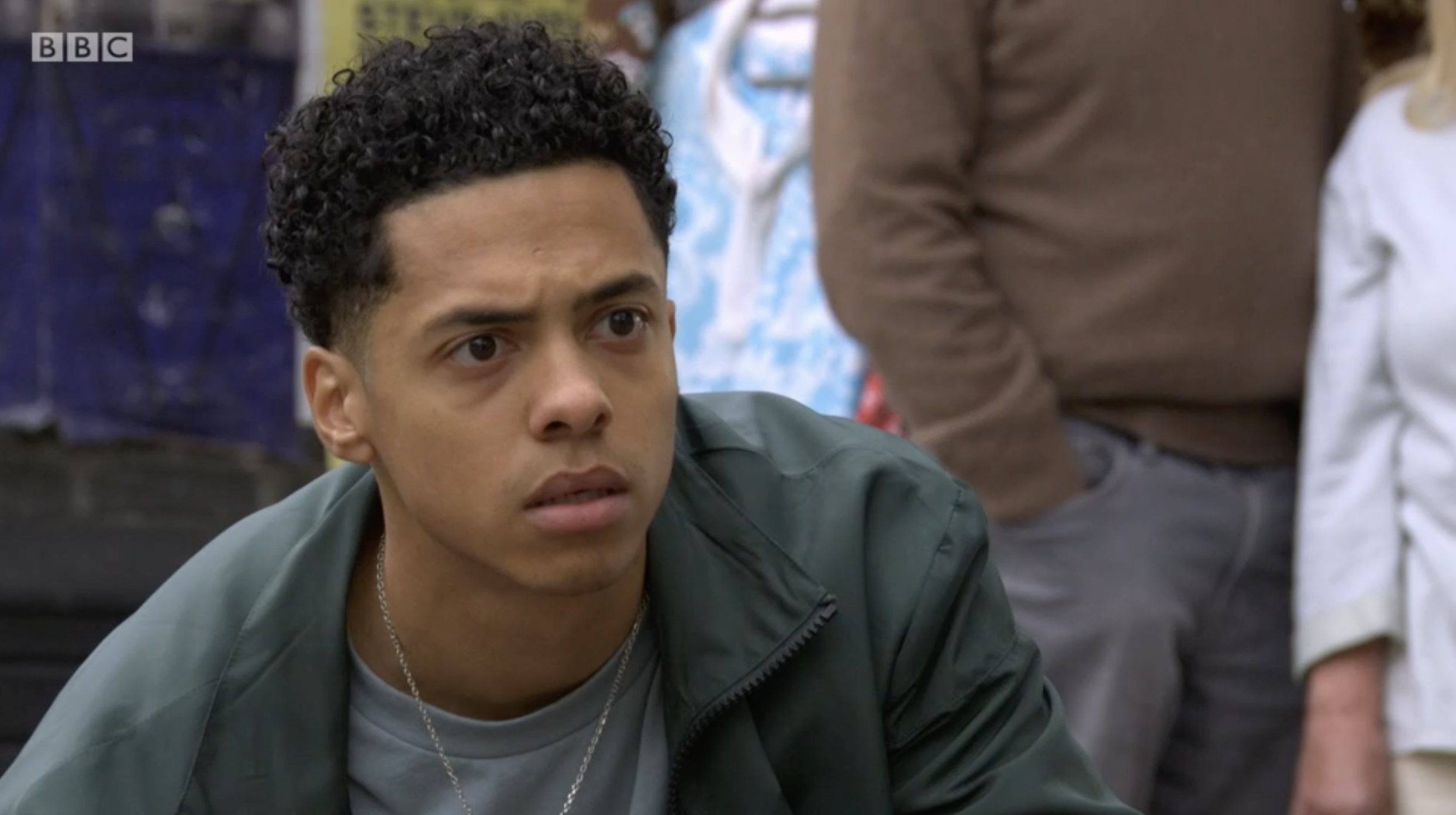 Bernie ‘came over all funny’ when on a break from work, and struggled to get her feet after taking a few moments in the cafe.

Gray Atkins (Toby-Alexander Smith), trying to play the hero following a showdown with nemesis Kheerat Panesar (Jaz Deol), assisted Bernie, walking her back to work, but things escalated quickly when she collapsed to the floor!

Keegan got wind of what transpired, and headed to check in on his sister. Gray notified him that he was on the phone to the paramedics, who wanted to know how long Bernie was into her pregnancy, and if she’d started on any new medication.

Rainie Highway (Tanya Franks) was horrified when she spotted Bernie on the floor, and was desperate to know what happened. She arrived just as Bernie confessed to taking diet pills!

Keegan was livid, and wasted little time in berating Rainie, forcing Bernie to reveal the truth, as she told him that it was Tiffany who has been supplying her with the pills.

Tiffany, meanwhile, headed off to get more fillers, totally unaware of what had happened. The question is: what will Keegan have to say to Tiff when he inevitably confronts her?

He’s not very happy at all!,’ warns actor Zack Morris.

‘It goes back to trust – he’s trying to better his family and he cares for Bernie greatly. He’s not 100% sure about the surrogacy himself, he didn’t like it when Tiffany wanted to do it and he’s not keen now Bernie is.

‘The fact that Keegan’s wife has been giving Bernie the diet pills behind his back as well – that’s a lot of the problem. Keegan’s very honest with his family and that’s not being reciprocated.

‘His sister is pregnant and regardless of what he thinks about the pregnancy, she’s putting everything into this so when Tiffany could have jeopardised that all– it’s hurtful.’

EastEnders continues Thursday August 5 at 9pm on BBC One, or catch the next episode right now on BB iPlayer!