Don’t mind Dwayne Johnson and Emily Blunt. They’re just celebrating the upcoming Jungle Cruise sequel. And Johnson says in the next movie, his character Frank Wolff may be taking a bit of a back seat to Blunt’s Dr. Lily Houghton.

The Jungle Cruise sequel is officially in the works as of August 30, 2021. The movie surpassed $100 million in late August and secured franchise status all in one fell swoop. Now, the Disney movie’s creators are looking forward to possible Pirates of the Caribbean-style success.

Dwayne Johnson is here for it. In a September 2 Instagram post, the Red Notice star thanked fans publicly for their support of the movie.

“THANK YOU and your families around the world for discovering and loving our film ~ in theaters and in your living rooms,” Johnson posted, alongside a screenshot of The Hollywood Reporter’s exclusive coverage of the Jungle Cruise sequel news.

“And a HUGE MAHALO for making JUNGLE CRUISE cross that $100M mark at the US box office. JUNGLE CRUISE is only the 4th movie of 2021 to achieve that milestone. Not an easy accomplishment these days, so thank you guys so much,” Johnson added, referring to the movie industry’s challenges during the coronavirus (COVID-19) pandemic.

According to The Hollywood Reporter, Jaume Collet-Serra will be back as director, with Blunt and Johnson reprising their starring roles. Co-writer Michael Green is also reportedly on board, as are producers John Davis, John Fox, Beau Flynn, Hiram and Dany Garcia, and Johnson. 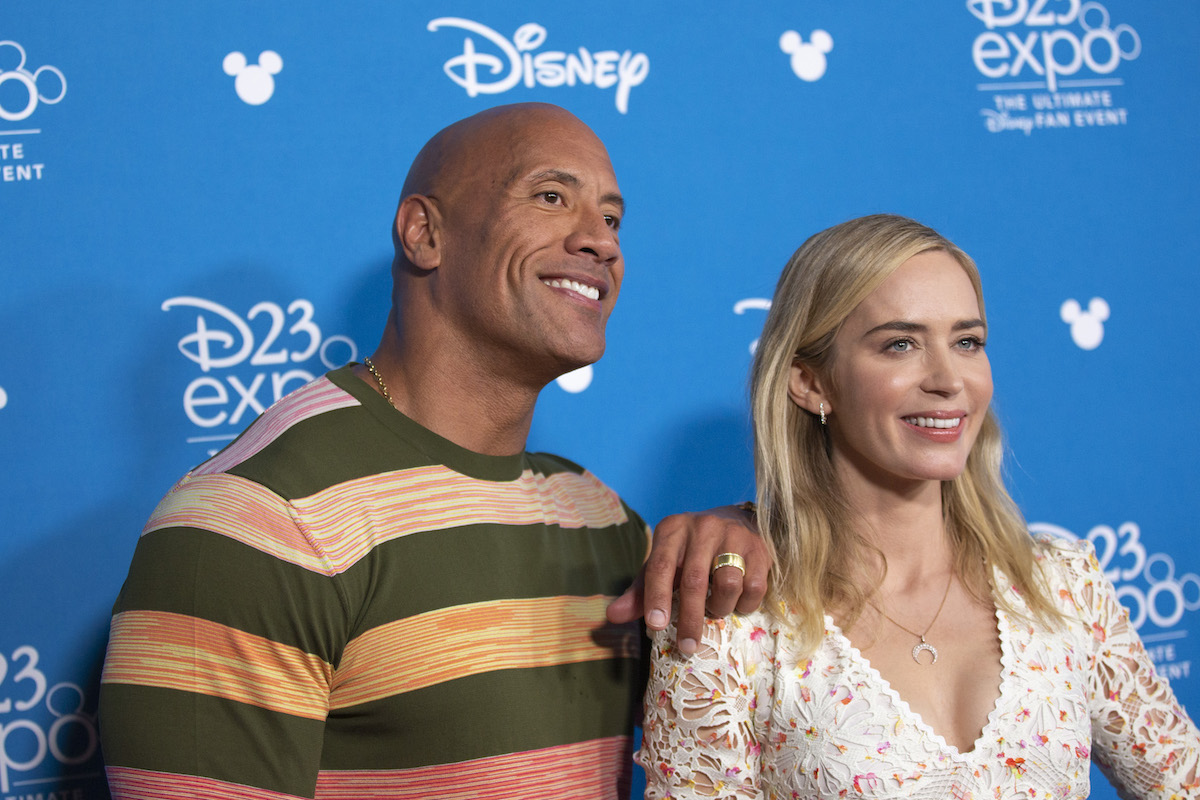 Johnson and Emily Blunt’s friendship apparently carries over from their onscreen antics. Johnson revealed that Blunt “ghosted” him before finally accepting the role of Dr. Lily Houghton. He said that he shot a video to convince her to take the part.

“I must have shot it about five or six times because I had not communicated with Emily yet,” Johnson told The Hollywood Reporter. “I had not even met her. And I wanted to let her know via this video just how important she was to this movie and how I only wanted her in this movie. And it was great. And I…I actually never heard again from Emily. Didn’t respond at all. Just ghosted me.”

Blunt did eventually accept the role. And Johnson is ready to get started on the Jungle Cruise sequel with her.

“Let’s get this sequel on the road,” he wrote in the September 2 post. “Jaume Collet-Serra back to direct. Michael Green back to write. And I get to tag along as Emily Blunt’s sidekick.”

No official word yet on what the plot of the new Jungle Cruise sequel could be; although there’s already plenty of speculation. But if Johnson has anything to do with it (as a producer, he has a lot to do with it), it will be a worthy successor to the “adventure of a lifetime” first film.

“We wanted to create the adventure of a lifetime and also understood the responsibility of creating something I think that had some real legacy based off the iconic and beloved Disney ride,” Johnson said in an August 2021 Instagram video.

The Chase viewers stunned by show's 'most gorgeous contestant ever'

Film Festivals In The Pandemic Era: Here’s The Latest Update From 16 Key Events