Back in July, fans were devastated when Douglas Henshall announced that series seven of the BBC crime series would be his last. Douglas has played the character of DCI Jimmy Perez since the show’s inception in 2013 and will be saying goodbye at the end of the series. Opening up about filming the last scenes of the show, Douglas admitted that filming was delayed a number of times due to issues surrounding the coronavirus pandemic.

Touching on if it was hard to keep his exit a secret and how he felt during his last weeks, Douglas revealed to the BBC: “The last thing I would want to do was give it away.

“But it feels a bit real and weird now. Once this series is over on TV, it’s over [for Douglas Henshall] – I don’t think it will feel real until that moment, for me.

“My last scenes were filmed in a car park in Kilmacolm, which was very odd. We’d tried to wrap three times, but because of Covid, it kept being put back, so it felt a little anticlimactic in the end.

“I did say a few words of thanks to everyone who was there but it’s impossible to encapsulate ten years of work. 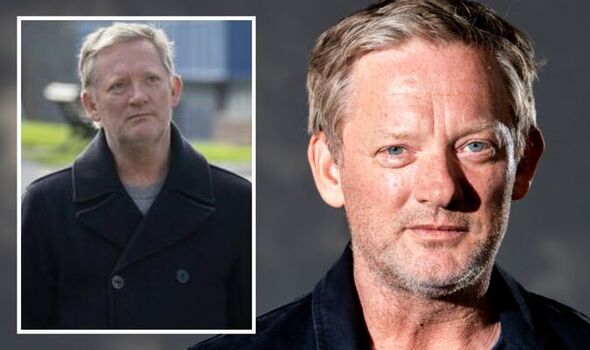 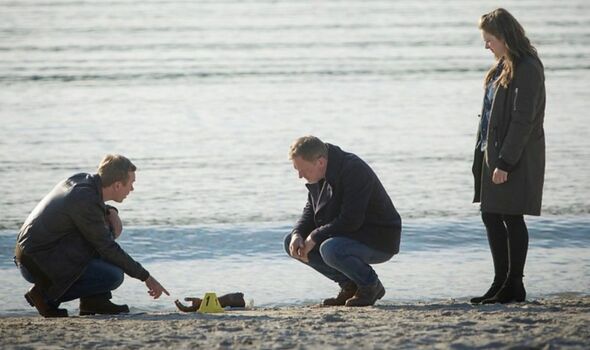 “Shetland has meant a lot to me and it’s going to take some time to sink in that I’ve left the show.”

Douglas has been at the forefront of each storyline over the seven series and admitted Perez has been one of his favourite characters.

“Oh yes, absolutely! He’s one of my favourite characters and it’s been a real privilege to play him. We got very lucky with lots of things.

“I even got to dress him for a while, including choosing the pea coat which is now famous. I chose not to keep the coat, though – I kind of figure I can never wear a pea coat again! 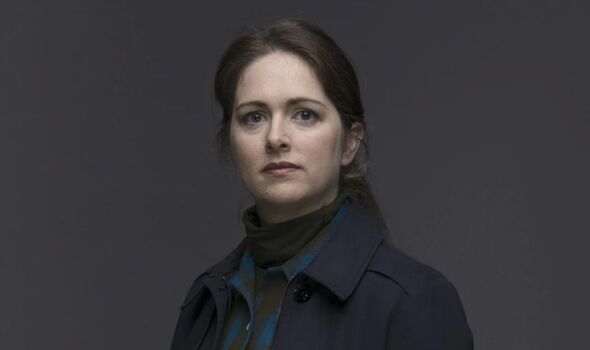 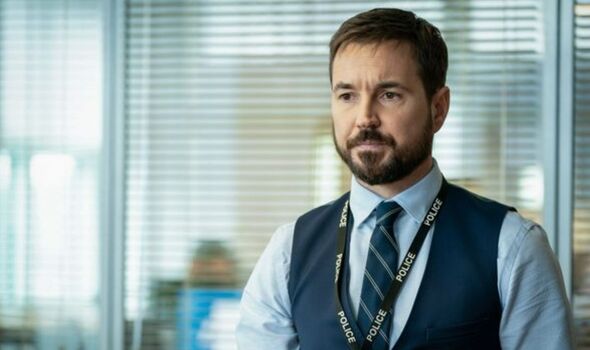 “I did take a couple of key items from the set including the incident board from the police station. I got it for my daughter.

“After all the gruesome things that have been up on that board over the years, I thought it was a bit of karma to have a little child drawing pictures of flowers and houses on it.

“I also took a painting from Jimmy’s house which is by a Shetland artist and I’ll be hanging it somewhere special in our home.”

Since the announcement of his departure, many fans have been theorising who they think could be replacing Douglas

Some fans believe that Tosh (played by Alison O’Donnell) will step into his shoes, with others hoping for Line of Duty’s Martin Compston to take over.

However, after a recent episode, many more have been leaning towards DI Fraser Brooks (Brian Ferguson).

After Tosh’s near-death experience, fans believed he would be the one to take over after he was “so nice” to Tosh.

Mel Wishart said: “Have a sneaky feeling we met your replacement tonight if not May be missing a trick, great episode.”

Fubar replied: “Was thinking the same, otherwise, why give a minor character more influence on the show? Intriguing…”

“The Bomb expert? Friendly towards Tosh,” Barbara theorised as Gillian Blair added: “I wondered that too. Going to miss Jimmy though.”

Shetland airs Wednesday from 9pm on BBC One.

Spoilers: Nick makes a big decision as he meets his secret son in Corrie