If you have a lot of time and a lot of resources, you can also make a 20-pound cake 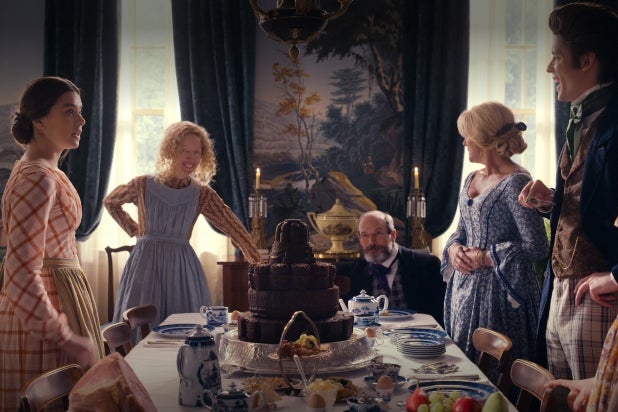 For those fans out there of Apple TV’s “Dickinson,” who immediately wanted to try a piece of Emily’s 20-pound cake when she presented it to her family in the opening of the second episode of Season 2?

Based on the traditional recipe for a Caribbean black cake, Emily’s creation artfully combines her love of baking with her extravagant nature. And it’s a true fact that the Amherst poet was a talented and prolific baker, despite (or maybe because of) her reclusive nature.

A handful of Emily’s recipes have survived to exist in the present day, either in archives at Amherst or on the internet. They include coconut cake, doughnuts, gingerbread, corn-cakes, rice-cakes, Lyman’s rye and Indian bread, and black cake. Emily’s award-winning creation in “Dickinson” is based on one of those recipes — specifically, her black cake recipe.

The ingredients and structure are mostly the same and intend to yield the same 20-pound result but, in the show, Emily describes her process a little differently than how it exists on paper. The main difference: soaking the ingredients in brandy for three months instead of one.

Although the judges claimed Emily’s cake to be award-worthy, we can’t claim to know how it actually tastes if you make it yourself. But we can give you the recipe to try — so long as you have the time, money, a big enough kitchen and enough eggs and raisins.

And yes, before you ask — it is doable. Just ask the Harvard librarians who, in 2016, made a video chronicling their attempt at baking the famous dessert. (And it turned out pretty good!)

Soak it all for a month after mixing and let your taste buds sing!

Watchmen on HBO: What is the 1921 Tulsa Race Massacre?

EastEnders' Barry actor Shaun Williamson is being haunted by a ghost