Home » TV & Movies » Deavan Clegg lashes out after getting backlash from recent IG post, says 'I'm sick of being attacked and blamed' 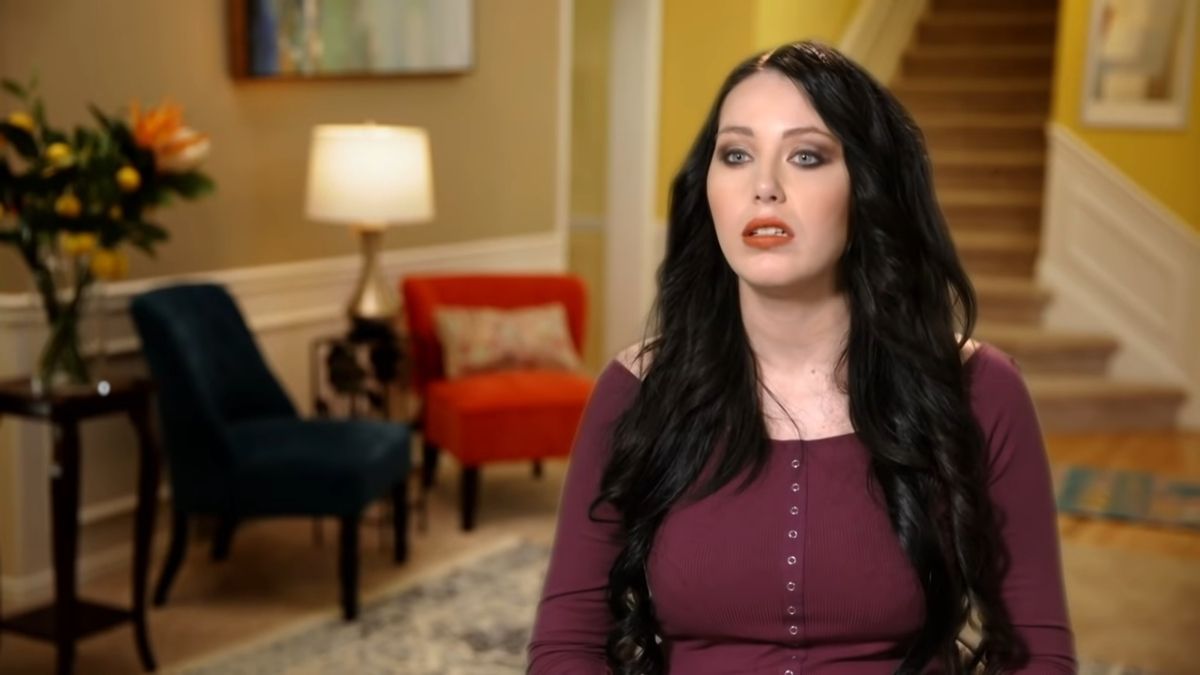 Deavan Clegg is getting a ton of backlash after her recent social media post.

The 90 Day Fiance: Happily Ever After alum got so much hate that she has since restricted comments on the post in question.

And in case you’re wondering what all the outrage is about, Deavan posted a photo of her one-year-old son Taeyang held by her new boyfriend.

But that’s not all! They also wore matching outfits!

Deavan made sure to crop the man’s face, but we see a glimpse of a tattoo on his arm.

He is holding iced coffee in one hand, and the toddler in his other hand, and they are both wearing blue jeans and red plaid shirts.

Deavan may have thought the photo was cute, but fans did not. People bashed her left and right in the comment section.

The mom-of-two responded to many of the questions regarding Jihoon seeing his son.

At one point, she wrote a very long response making several claims about her estranged husband.

Deavan says she is not keeping her son from seeing Jihoon

In the lengthy post, the Utah native made it clear there are certain things she can’t talk about right now but says it will all come out during the Tell All.

However, she did talk quite a bit about Jihoon and his involvement – or lack thereof — in his son’s life, saying he blocked her, and she has no way of contacting him.

“I’ve reached out, sent photos of my son with no replies,” she writes.

“I’ve tried and offered to come to Korea. I’m sick of being blamed when I’m the one trying to co-parent. I’m the one still supporting my son with no help. I’m the one doing everything, so why am I being attacked?”

Her response came after many people in the comment section accused her of keeping Taeyang away from Jihoon.

However, Clegg said this is not the case.

“I’m sick of being attacked and blamed and being told I’m a horrible person, and I took my son away. You guys don’t know the half of it!” 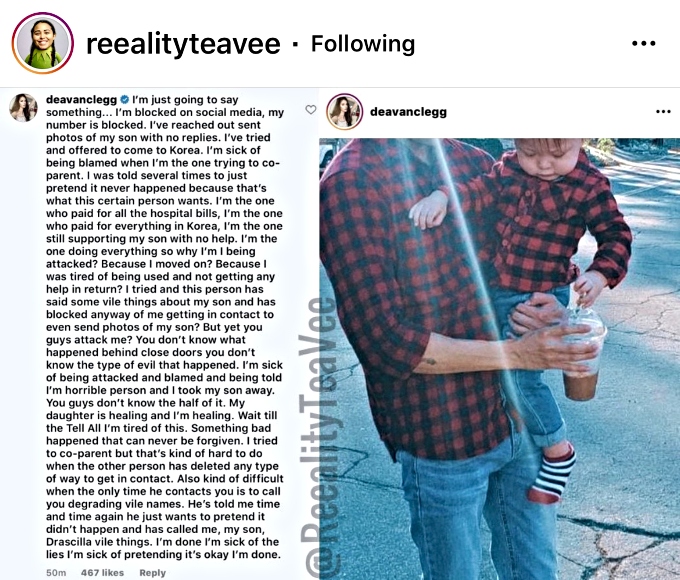 In the post, the 90 Day Fiance alum also alleges Jihoon said some vile things not only about her but also about her children.

“He’s told me time and time again, he just wants to pretend it didn’t happen,” writes Deavan. “And has called me, my son, Drascilla vile things.”

The truth about baby DJ revealed in Hollyoaks as Luke returns?

Kourtney Kardashian Remembers Late Father Robert on Anniversary of His Death: 'Miss Him So Much'