DI Jack Mooney (played by Ardal O’Hanlon) made his introduction to Death in Paradise back in season six as he joined up with the Saint Marie police department, replacing DI Humphrey Goodman (Kris Marshall). O’Hanlon’s quirky portrayal quickly endeared himself to BBC One viewers so when the star decided to bow out of the drama in season nine to be replaced by Ralf Little as DI Neville Parker, fans were understandably devastated. And there’s more bad news on the way for DI Mooney fans as O’Hanlon has categorically ruled out a return.

When asked if a return ticket to Saint Marie could be in DI Mooney’s plans, O’Hanlon said: “I can say definitely not.

“I really felt that in terms of you know, as an acting job, it was wonderful and varied and incredibly busy.”

The former Death in Paradise star added: “Jack’s pretty much in every scene so you’ve got an awful lot of stuff to get through every day and I just feel from that point of view alone like, there was nowhere else to go.” 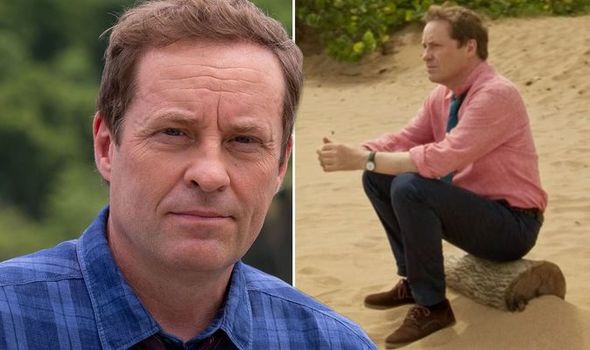 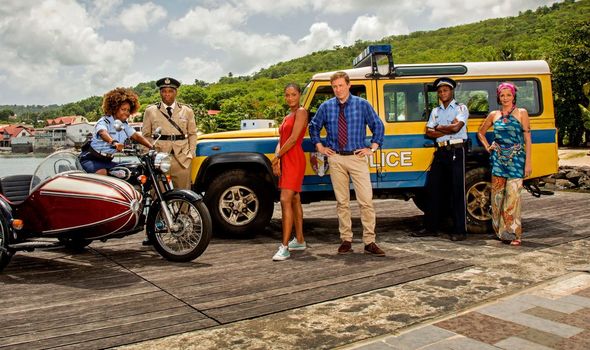 O’Hanlon also mentioned how he had a timeframe for the role in his head when he took on the part.

“When I started, I kind of always [thought] in the back of my head you do three series and that’s kind of it,” he said to Hello! Magazine.

“[And] in terms of the character, there’s a danger that you’ll end up treading water and pulling out the same tricks time after time.”

While O’Hanlon may not be too keen on a return at the moment, there is still room for DI Mooney to return in the future. 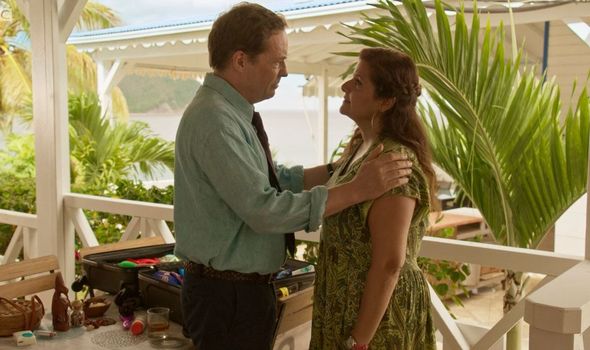 Unlike many Death in Paradise characters in years gone by, DI Mooney made his exit alive.

While it looked like he would be bowing out with new love interest Anna (Nina Wadia) to travel the world, he instead decided a return home was the best option.

In heartbreaking scenes, the pair cut ties as he told her: “You see, I finally worked it out.

“Losing Kathleen, well – that was only part of the whole grieving process.”

DI Mooney added to Anna: “When she died, I lost the rest of my life too.

“My life is back there in London, my house is sitting there empty. That’s my home.

“My friends still go to the local for a beer and a big moan, and now Siobhan is going back, back to our home.

“So gallivanting around the world with you, as amazing as that would be – and I know it would be amazing, I know that – but that would be me just running away again. And I’ve done enough running. I’m going home.”

However, the pair still left room for their romance to continue in the future.

Anna revealed she be making London her final stop on her worldwide travels.

DI Mooney said he’d “leave the kettle on” for her.

Death in Paradise is available to stream on BBC iPlayer now.