Death in Paradise: Kelvin Fletcher on filming without family

Jason Manford, who starred as Craig Mackenzie and Kelvin Fletcher, who played Gavin Jackson guest-starred in the latest instalment of Death in Paradise with both actors surviving the murder mystery. Although it was Jason’s character’s wife Danielle Mackenzie (played by Faye McKeever) who was responsible for her best friend Cherry Jackson’s (Laura Aikman) murder, Craig finished the episode unscathed and the actor teased he could return to the BBC show.

Tonight’s mystery centred around lottery winners Gavin and Cherry and their two friends Craig and Danielle.

After inviting their friends to Saint Marie, Gavin and Cherry pulled out all the stops to make them feel welcome.

However, the next day Danielle arrived back at the villa to find Cherry on the lawn with no pulse.

She then called Craig but was hit over the head before she had time to escape and call the police.

Read more: Is The Mallorca Files the new Death in Paradise? 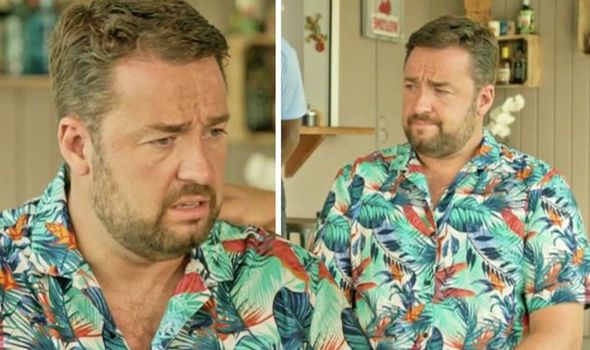 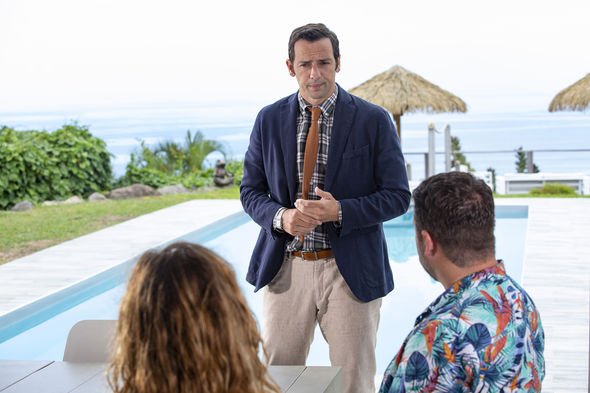 When the police finally arrived, Cherry’s body was nowhere to be found and the suspicion fell Gavin.

However, Neville Parker (Ralf Little) soon deduced that Cherry had attempted to fake her death to punish her cheating husband after discovering a passport washed up on the shore.

Danielle had spotted Cherry on a boat ready to set sail on her new life and attacked her friend for betraying her.

Throughout the episode, Jason replied to fans who tweeted their theories on Cherry’s death. 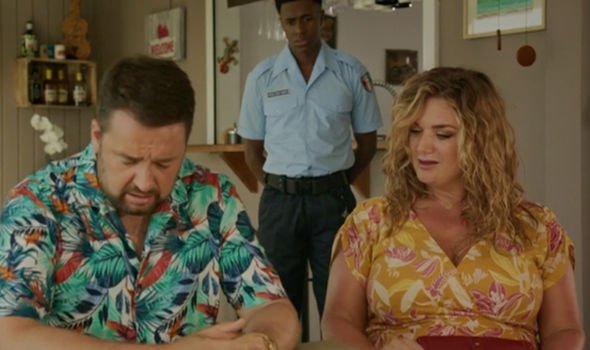 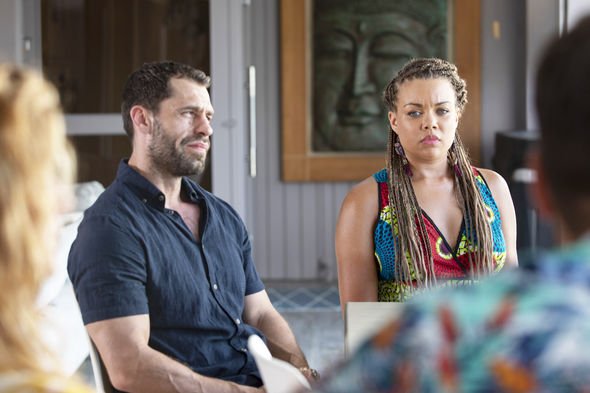 Death in Paradise viewers were overjoyed with the actor’s appearance and pleaded for him to become a regular.

One said: “Absolutely brilliant, excellent acting. Really enjoyed it and hope you do more.”

Could this mean Jason’s character Craig will decide to stay in Saint Marie to support his wife?

It was revealed his close friend Gavin is expecting a child with Melea Lewis (Hollie Edwin), a local woman working at a café on the island.

Craig could decide to stick around to be apart of the new chapter in his friend’s life.

Death in Paradise fans would certainly be thrilled at the prospect as one tweeted: “@JasonManford

Had my doubts when I saw you were going to be in an episode of my favourite TV show. How wrong was I!!! You were excellent and you played the part incredibly well and you should be proud of your self. Also, I Had you down as the killer as well. Excellent work.”

“Wow, @JasonManford I usually work them out, but did not see that coming!! Fab episode #DeathInParadise,” another wrote.

“Can we have more Jason Manford eps I love it #DeathInParadise,” a third said.

The actor replied: “Guys I think the public have spoken, @deathinparadise. I’m thinking Craig comes back as a jet ski instructor next season, newly single and loving life. Me @kelvin_fletcher get drunk one night and….well, I’m not giving you all my ideas.”

Death in Paradise continues on BBC One on Thursday at 9pm.