Cruel Summer is officially going the anthology route: Season 2 of the Freeform psychological drama will feature a different mystery that will include a new cast and showrunner. 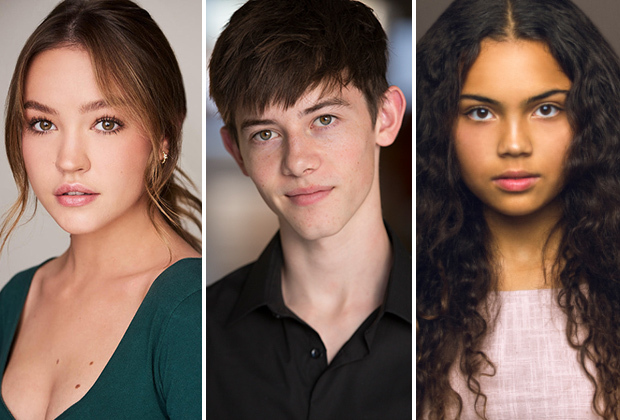 Season 2 — slated to premiere later this year — will be set in an idyllic waterfront town in the Pacific Northwest and follows “the rise and fall of an intense teenage friendship,” per the official synopsis. “Approaching the story from three different timelines surrounding Y2K, the season twists and turns as it tracks the early friendship between Megan (played by Stanley), Isabella (Payet) and Megan’s best friend Luke (Glock), the love triangle that blossomed, and the mystery that would impact all of their lives going forward.”

Megan is “a computer coder and honor student from a blue-collar family. Once Megan meets Isabella, she begins to live in the moment and embrace her true self. When events take a tragic turn, her long-held dreams are dashed, and she is left wondering who she can trust.”

Isabella, meanwhile, is described as the “alluring and enigmatic” daughter of foreign diplomats, who is spending a year as an exchange student with Megan’s family. “She quickly shakes up life in this small town, but her charm can’t hide the truth about her past or the real reason she came to live with the Landrys forever.”

Megan’s lifelong best friend Luke hails from a prominent family and “finds himself at a crossroads as he tries to establish his own place in the world, separate from the expectations of his powerful father (Adelstein).”

Strickland costars as Megan’s hardworking single mom who thinks hosting Isabella will open her daughter’s eyes to a bigger world than their small town. Lisa Yamada portrays Parker, a popular musician who becomes more cynical as the world takes a dark turn around her, while Blakemore is Sheriff Myer, an old-fashioned law-and-order type, under pressure to solve the first major crime in Chatham.

Per The Hollywood Reporter, which first reported the news, Elle Triedman (Siren, Guilt) will serve as showrunner for Season 2, replacing Tia Napolitano, who remains an exec producer.

Cruel Summer Season 1 starred Olivia Holt (Cloak & Dagger) as popular girl Kate Wallis and Chiara Aurelia (Tell Me Your Secrets) as the awkward Jeanette Turner. Over the course of three different timelines — 1993, 1994 and 1995 — viewers followed the story as Kate went missing, then was later rescued and accused Jeanette of not helping her when she saw that Kate was being held captive.