Coronation Street’s Millie Gibson has cleared up the marking on her eyebrow again after fans thought she styled it herself.

The 17-year-old stars as Kelly Neelan on the ITV soap, and since her arrival on the Cobbles fans have constantly asked how she got the marking on her brow.

Millie appeared on Lorraine today where she cleared up speculation again, insisting it was not an intentional move.

‘It’s a scar!’ she stressed to Lorraine Kelly. ‘Everyone thinks I did it myself. I did when I was young and in all my baby pictures I look like a right thug.

‘I fell down the stairs as a baby and the hair’s just never grown back, but everyone thinks I’ve done it myself.’

Regardless, Millie thinks it ‘works for the character of Kelly’ and clearly fans believing the scar was intentional think so too. 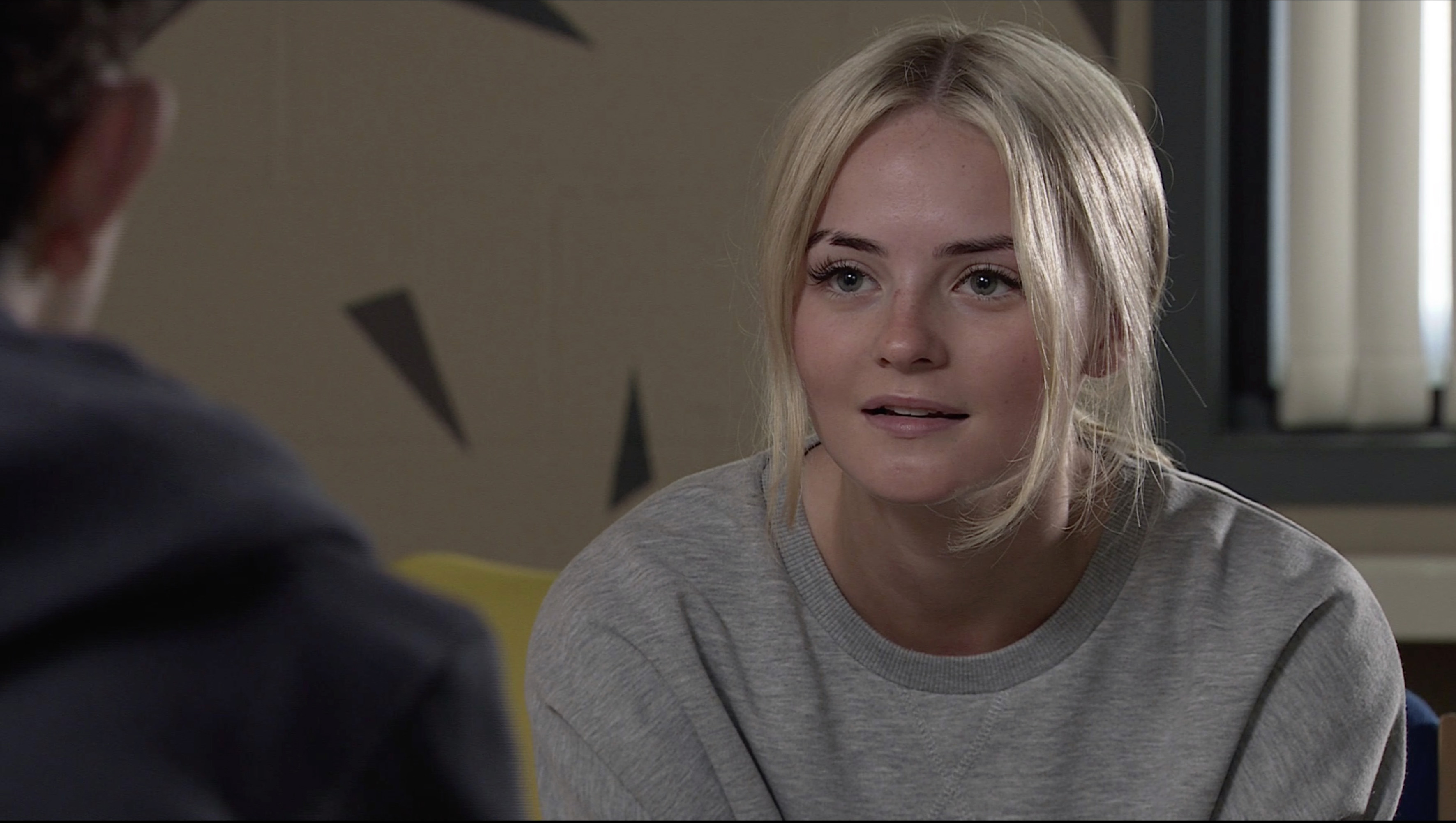 As for her character Kelly, she’s currently on trial for her part in the murder of Seb Franklin (Harry Visoni), who was killed by thugs over his appearance in events inspired by the real-life murder of Sophie Lancaster.

During Monday’s episode, Kelly told the court how her boyfriend Corey Brent (Maximus Evans) kicked Seb until he was left motionless, before running away from the scene.

As it stands, it’s anyone’s guess how the jury will sentence Kelly but her lawyer Imran Habeeb has stumbled across some fairly damning evidence Corey’s dad Stefan bribed a witness to throw Kelly into the firing line.