Coronation Street star Kevin Kennedy has addressed whether he could ever see himself returning to the soap as Curly Watts… and his answer may offer fans some hope.

Just a few days ago, it was confirmed that Martin Hancock would be reprising his role as Spider Nugent, 19 years after his exit from the cobbles.

Amid the excitement of Martin’s return, some may be wondering whether the makers of Corrie have any more surprises hidden up their sleeves – perhaps relating to a certain fan-favourite character Curly?

On Tuesday’s Loose Women, Kevin stopped by the ITV studio to speak to presenters Ruth Langsford, Katie Piper, Carol McGiffin and Kéllé Bryan about his time away from the programme, and if he could ever envision going back 20 years after leaving.

As the conversation was underway, Carol asked bluntly: ‘Let’s get this out the way – would you go back?’

‘Oh yeah, yeah. It’s no secret. I’m in the business of telling stories, always have been, whether it be on stage, in music or film or telly,’ the 60-year-old responded. 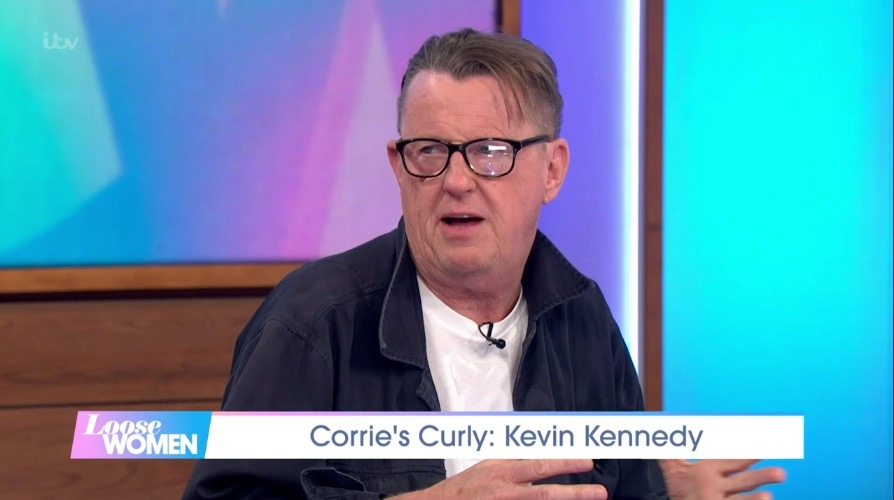 ‘So to go back and tell what happened to him I think would be very interesting, and I think maybe the viewers would be interested too.’

Kevin added that it was ‘great news’ to hear of Martin’s return as Spider.

Revealing that he’s still recognised as Curly by fans, Kevin said that he ‘loves’ the soap and is ‘a massive fan of it’.

Ruth remarked: ‘You can never really get away from Curly, which I think is a lovely thing, because he was such an amazing character.’

In response, the actor stressed that he cannot comprehend why actors don’t want to speak about previous roles that they’re remembered for.

‘I’ve never understood why actors can go, “Oh I don’t want to talk about that.” Because it’s part of the legacy that you leave behind,’ he stated.

‘You’ve got a body of work that people remember. That doesn’t happen very often.’

Curly’s departure came about when he and his then-wife Emma Taylor (Angela Lonsdale) left the cobbles to make a new life for themselves near Newcastle upon Tyne, after she committed perjury to protect a colleague.

However, in a DVD spin-off film, Curly revealed that they had since gone their separate ways.

The actor went on to appear in the stage production of Rock of Ages, as well as Mrs Brown’s Boys as Clyde the angel.

How many episodes of The Good Karma Hospital are there?

'Law & Order: SVU': Mariska Hargitay's Father, Mickey Hargitay, Once Made an Appearance in the Series – Who Did He Play?