Coronation Street has been airing half the normal amount of six episodes every week for the past few months. ITV has revealed though it will resume its normal airing schedule in mid-September to fans’ excitement. The latter half of the year will also see the comeback of a popular Corrie character.

Before going on the run as he assaulted a police officer, Todd Grimshaw (played by Bruno Langley) was in a committed relationship with Reverend Billy Mayhew (Daniel Brocklebank).

They were very much loved up and had even adopted daughter Summer (Matilda Freeman) together.

However, Todd left the cobbles three years ago and stopped speaking to Billy who was left heartbroken.

But since his departure, Billy has moved on with new boyfriend Paul Foreman (Peter Ash). 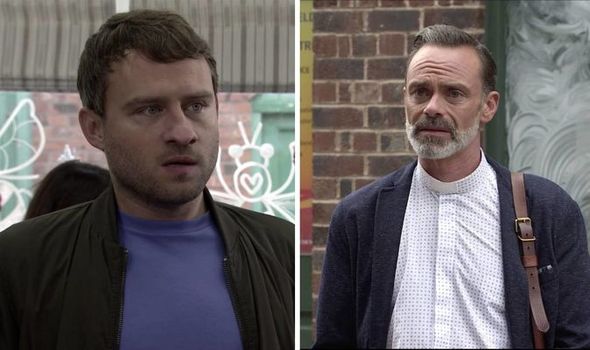 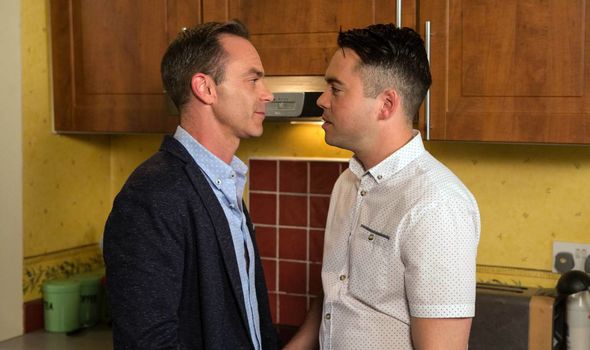 They both look after Summer and seem to be very happy but this could now be in jeopardy as Todd is due to return to Coronation Street.

He will instead be played by actor Gareth Pierce after Langley was axed from the show.

So when Todd does make his comeback, will Billy welcome him with open arms? 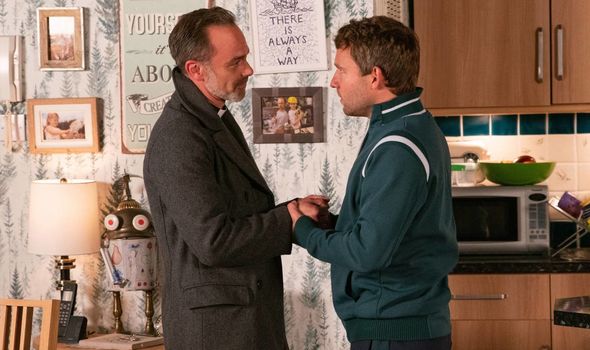 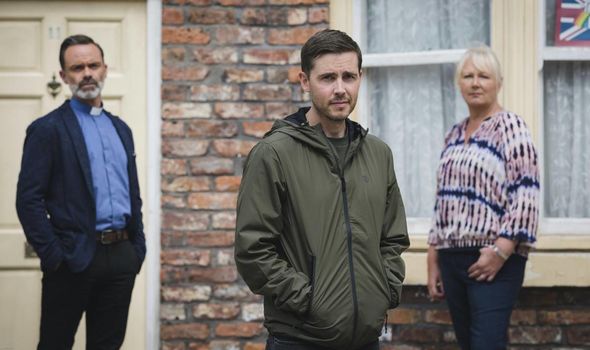 Express.co.uk has spoken to two relationship experts about the future of the couple on Coronation Street.

Unfortunately for Paul, it sounds like Billy could run back to his ex-partner when Todd finally returns.

Relationship profiler Jonam Ross of Love With Intelligence commented: “Dangerous people like Todd take you on an emotional rollercoaster, there’s excitement and adrenaline, and often a little bit of fear!

“While life can feel monotonous at times, these people often bring with them a sense of unpredictability that makes us sit up and pay attention!

“When you combine that attention and focus with the feelings of exhilaration, variety and risk, it ends up making a person feel alive – which stands in stark contrast to having the same routines day in and day out.”

Ross continued: “The problem is that these relationships are like having a quadruple espresso with 10 sugars, along with the highs there will be crashes – and the after-effects are often what can best be described as emotional whiplash.

“An empathic person like Billy will often see the good hiding within those partners, which becomes an open invitation to accept the challenge of being the one who can tame the wild beast, in so doing proving that their emotional investment from before was not wasted.”

She said: “Todd disappeared without a trace a while ago, which means Billy never received the complete closure he deserved.

“As such, although he’s formed a strong bond with Paul, and they’ve been through so much, the exciting, dangerous, and intriguing ways in which Todd is meant to return, may see his old feelings come back with a vengeance.

“Paul and Billy have also recently endured domestic struggles as stand-in parents of Summer, and those disagreements may see Billy look for an escape in the way of Todd.

“Warning signs are there, as Billy keeps his initial meetings a secret from Paul suggesting he does have something to hide.”

Todd hasn’t been in the soap for the past three years but recently, there have been hints of his return.

Mum Eileen Grimshaw (Sue Cleaver) mentioned her estranged son earlier this year, saying how she always hopes he would get in touch on Mother’s Day but never does.

Pierce will take on the role of Todd after Langley was charged with sexual assault.

Langley no longer works as an actor and has now retrained as a professional photographer.

Coronation Street continues every Monday, Wednesday and Friday at 7.30pm on ITV.

Who left Bake Off last week? Here are the remaining contestants left in the competition

'Counting On' Fans Are Shocked Jinger Duggar Has Time to Take Naps While Pregnant With Baby No. 2