Nobody ever forgets Blanche Hunt disrupting an AA meeting and, more recently, Maureen Lipman has stalked in as Evelyn Plummer with her dog Cerberus at her heels, telling off the feckless and muddled young. If there was a badge for celebrating the redoubtable northern soap’s 60th anniversary – the first episode aired at 7pm on ITV on December 9, 1960 – I wouldn’t qualify for the full long-service medal. But it is a good half-century since the habit took hold. It was intermittent catch-ups at first, since nobody had invented home recording machines. I shared a flat with my eldest brother and we kept each other up to date.

There were viewing gaps, what with earning a living and getting married myself, but ten years later we did the Granada Studios Tour (sadly abolished in 1999) which included a walk up the cobble-stoned street.

And – because we ran into a cast member working in the big studios alongside – we got smuggled into the real Rovers Return pub set. Just like the Queen once did, and lately the Duchess of Cornwall.

Without telling us my young son sneakily put a piece of illicit chewing gum under the bar and spent the following weeks peering at the TV hoping to spot it.

Both my children often crept out of bed to join me for the 7.30pm episode, with stern questions like, “Is Gail right to be cross with Martin?” My brother used to call this “Libby’s Soap Civics lesson”, and it may even have been quite useful.

These days, I must admit, I would be in two minds about letting such small children watch. It’s got rather more ‘sex and murdery’, and with six episodes a week, with at least three plots running at any one time, the explaining would wear me out. 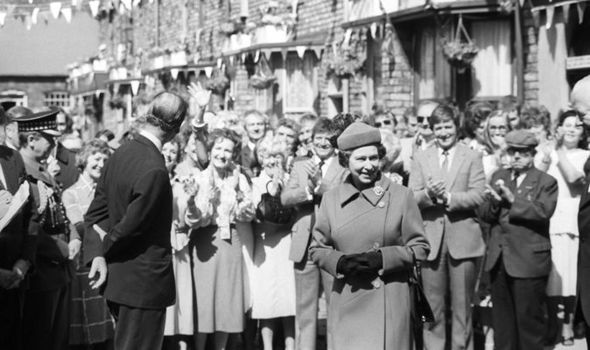 It is, though, one of the wonders of the TV world, and if you are not a follower, give it a try. It was born in 1960 when the actor and screenwriter Tony Warren, with difficulty, persuaded Granada bosses to pilot a series about a working-class street in Greater Manchester. They were doubtful, but when a pilot was shown the local staff and cleaners gathered round: recognising, laughing, relating the characters to their own neighbours.

It has never stopped since, now having broadcast more than 10,000 episodes and counting, though the flimsy original sets in Granada TV’s Studio 2, with their painted-on cobbles, have been replaced by a high-tech 7.7-acre outdoor lot in Salford’s MediaCity.

A decade ago, in September 2010, it became the world’s longest-running TV soap opera. This year (unlike the BBC’s EastEnders) it kept on during lockdown: rationing episodes, pioneering socially-distanced filming, artfully pretending the characters went through a lockdown we never saw.

Some periods have been better than others, some plotlines have gone a bit awry. Twitterstorms demanded the murderer Pat Phelan should be dealt with faster, and one fan site records “the phantom personality transplant monster” when well-known characters swerve improbably fast into crisis.

I don’t really believe that the current host of the pub, Johnny Connor, has a past as a hit-and-run robber. And after Michelle Connor discovered her baby was swapped at birth the whole story abruptly petered out for ten years, until the real son reappeared as a trainee doctor with a drug habit.

You can’t last 60 years without such hiccups and oddities, and cast changes too. The new Todd Grimshaw (Gareth Pierce), for example, looks absolutely nothing like the old one (played by Bruno Langley), and at least three times important characters have had to be sent “abroad” while the relevant actors were awaiting trial, investigation or rehab. But there are plenty more characters and stories going on: funny or moving, tragic or ridiculous, blended with rare skill.

Recently the genuinely wrenching and beautifully acted story of a terminally ill child of three – Oliver – held us in sympathetic horror as his parents, their different partners and wider family all confronted it, rebelled against it, put homes and businesses hospital on sale to pay lawyers to fight the hospital, and one by one accepted the inevitable.

In a couple of heartbreaking episodes, only the mother Leanne Battersby (an intensely fierce performance from Jane Danson) fought on, irrational in grief. Yet at tense points of that story we were watching another set of Street characters having a ridiculous corporate “team-building” session, ending in mayhem when the drunk jealous Paul strips off in front of the Bishop who is visiting his vicar boyfriend. 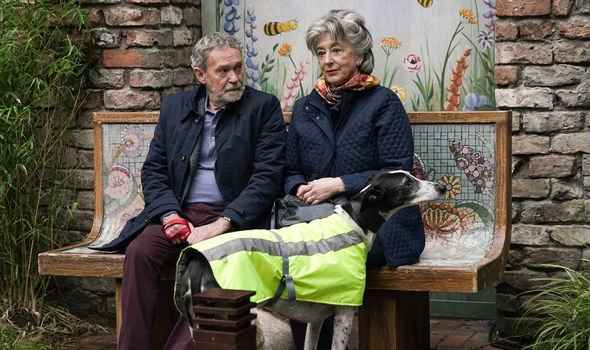 Actually, it’s things like Billy the vicar having a boyfriend that make you realise how we have changed in 60 years. Coronation Street was the first soap with a trans character: Julie Hesmondhalgh as the amiable Hayley Cropper. Bravely, it did not swerve away from people’s shock and distaste – remember this was more than 20 years ago.

The magnificently eccentric Roy who loved her took time to come round to accepting the shock, and when Hayley got cancer the ever-spiteful Tracy Barlow jeered it was her fault because of the transitioning hormones. Which, considering Tracy herself earned her kidney transplant because she recklessly took party drugs, was a bit rich.

That’s the sort of stimulating fictional-gossip discussion we viewers enjoy. Stops us being so judgmental about our real friends, perhaps?

Interestingly, though, Tracy is now becoming quite sympathetic after decades of mayhem, spite and prison (the producers have always loved using the prison set).

One of the most fascinating aspects of a long-running soap is how people are allowed to evolve. Leanne, our heroically caring mother, actually arrived 22 years ago as one of the new “families from hell”, the Battersbys.

Gallant little Gemma Winter (Dolly-Rose Campbell), who went into labour with quads on a Welsh cable car (I told you it sometimes gets silly) was a drug-runner for the evil Callum. Remember him? He ended up buried under Gail Platt’s granny-flat, allowing the director many “highly significant” shots of a certain manhole cover. 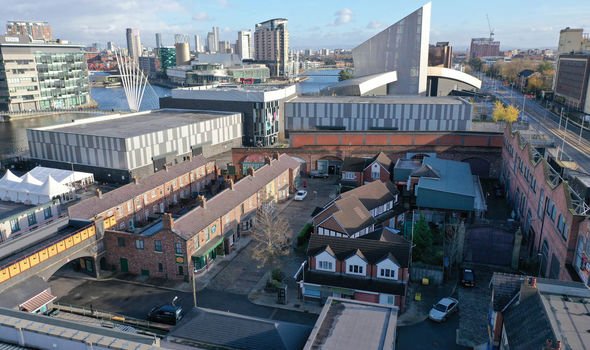 Corrie holds up a mirror to social attitudes in every decade. Today it’s not the most fashionable ultra-woke correctness, but middling-Britain morality. Racial diversity is now taken for granted, but if grocer Dev Alahan is being a pig about shifts at the kebab shop, or the Baileys’ son is a wide boy, they’re judged like anyone else.

As to sex, the Street community takes coupledom seriously: even a drunken kiss is considered infidelity, adults preying on teenagers are condemned, and, while there are plenty of onenight stands, there’s always a price to pay.

If a child results, the man is expected to care, and stay around. Before the social-distancing rules, there were plenty of brawls on the cobbles, and minor roguery is shrugged off especially if it is ridiculous (who can forget Gemma’s awful mother confiding “I’m harvesting Gemma’s wee to sell fake pregnancy tests on the dark web”?) But there is no forgiveness for those who rob neighbours or cause serious injury.

Big issues have turned up, always properly rooted in character: modern slavery, the horrific grooming and passing around of the teenage Bethany, and lately a really nasty case of coercive bullying by the hospital-radio DJ. 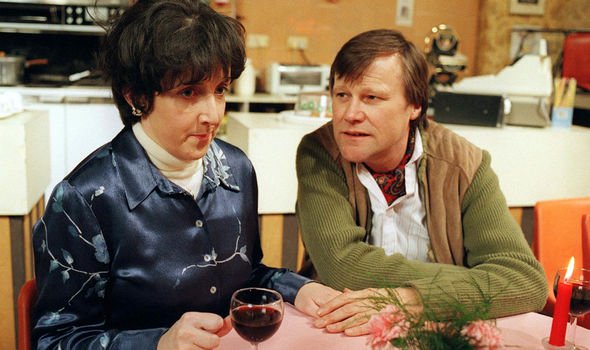 Addictions – alcoholism, prescription drugs, heroin – are thoughtfully dealt with, though people tend to recover rather fast. The show understands redemption: ex-addict Abi Franklin, whose children were taken from her, learnt the mechanic’s trade in prison, supported the disgraced ex-mayor Sally inside, and grew into a public-spirited fighter against a wicked developer.

There’s something comforting about this core morality. And as for class, we’ve watched the community drift upmarket. Small businesses start and sometimes flourish.

There’s a rather tiresome inverted snobbery about education: a degree or owning a briefcase is a bad sign in a character, and Ken Barlow (Bill Roache, listed in the Guinness World Records book as the longest-serving male actor in a television show) can be a bit of a bore about opera.

But there’s now a bistro alongside the caff, fancy weddings, scenes in swish Manchester hotels and more wine drunk than beer. The lingerie turned out by the local factory is more Agent-Provocateur than Ann Summers.

Roy Cropper’s newly discovered cool Goth niece (another moving relationship) is designing it, in between shifts at the caff. Ena Sharples in her woolly long underwear would shudder. But she’d be glad the imaginary community is still vigorous, 60 years on.

Lena Dunham Opens Up About Addiction and Rehab: ‘I Thought It Was the End of My Life’