Celebrities are known to make investments, with some becoming more costly than what would have been necessary. Still, with all the wealth said A-listers accumulate, it’s not surprising why most of them prefer splurging on expensive items and property. 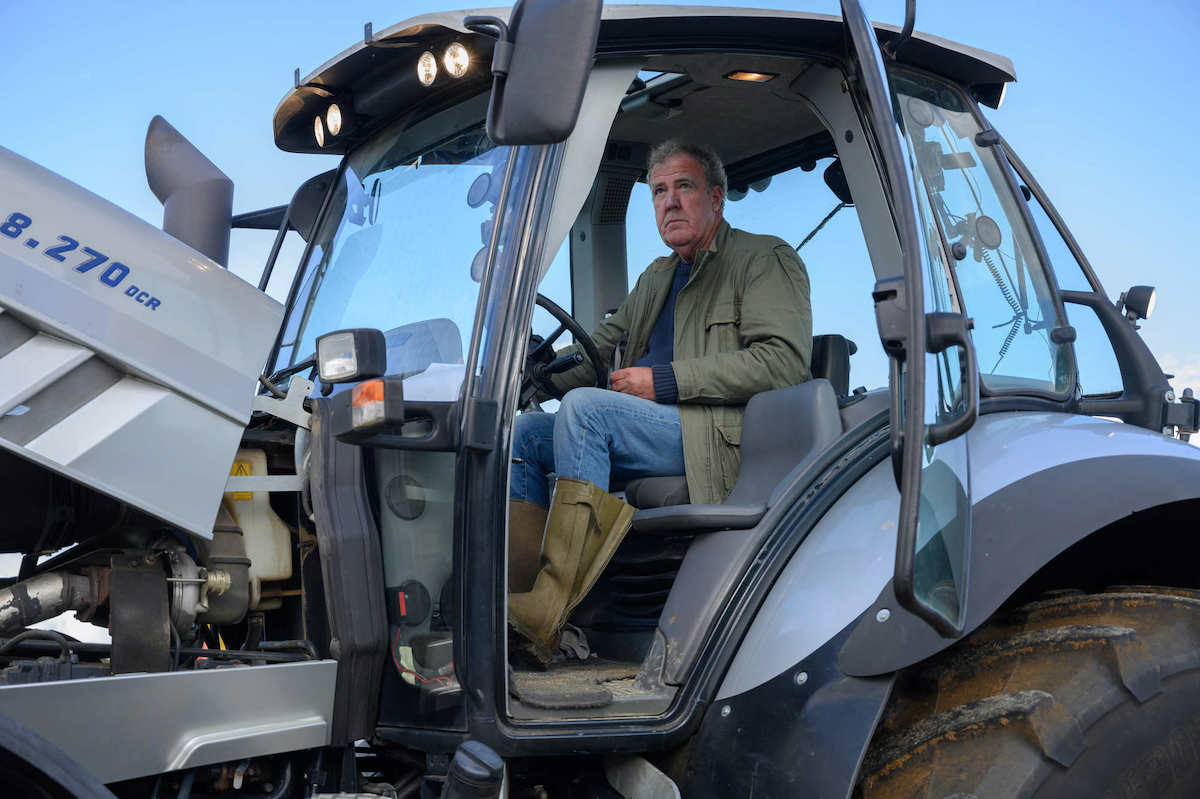 Former Top Gear host Jeremy Clarkson bought a farm in 2018 and only recently began tending to it on his own. Interestingly the renowned host had to part with a large sum of money to own his farm. Find out more.

Clarkson’s farm is worth an estimated $8.2 million

Clarkson got his humble beginnings working for various publications in the UK, such as the Rotherham Advertiser, Rochdale Observer, and Shropshire Star. It was during his time working at Shropshire Star that Clarkson began writing about cars. The star started writing about Peugeots and Fiats before writing his way up to Range Rovers.

He got his chance to drive a Lamborghini after 10 years. Clarkson rose to fame through the car shows, Top Gear, and The Grand Tour. The popular host began hosting Top Gear in 1988 until 2015 when he allegedly punched his Top Gear producer because of a dish of cold cuts and soup.

Clarkson has since moved on to other ventures, including starting a reality show called Clarkson’s Farm. The farm cleverly named Diddly Squat was formerly part of the Sarsden estate and mainly consisted of arable fields.

The former Top Gear host bought the land in 2008, which was farmed by a manager until his retirement in 2019, forcing Clarkson into taking up farming. According to Grand Tour Nation, Diddly Squat reportedly cost Clarkson about £6 million, or $8.2 million (USD). The exact figure the star had to part with for the farm is yet to be confirmed.

Clarkson has an impressive net worth

The star has managed to amass an impressive net worth throughout his decades-long career. As Celebrity Net Worth estimates, Clarkson is worth $60 million. With that amount of money, Clarkson is able to afford luxury items and all the finer things life has to offer, including a Lamborghini tractor which cost him a whopping $55,000.

Clarkson bought the tractor during the show’s first episode, where he purchases all the essential items and equipment he needs for farming.

Among the equipment he needs, a tractor is one of the most important things. Instead of going for the usual Massey Ferguson that almost every farmer goes for, Clarkson decided to up the ante with a Lamborghini tractor.

The star soon realized he might have been in over his head with the expensive designer tractor as it began causing his mastery problems. The Lamborghini tractor was too large and complex for someone like Clarkson, who didn’t have any prior farming experience to operate the machine. His cluelessness made him the butt of jokes amongst his fans, who felt the Lamborghini tractor was an unnecessary purchase.

When is the next season of ‘Clarkson’s Farm’?

Clarkson’s Farm follows Clarkson as he takes up farming following his retirement from Top Gear. Clarkson works with top specialists in agriculture and other fields to help him grasp everything he needs to know about agriculture.

As the episodes go by, the star realizes that farming isn’t as easy as he thought it would be, and toward the end of the season, the former host makes a massive loss in sales from the farm.

Fans loved the fish-out-of-water experience involving Clarkson, who had built a reputation for his mastery and knowledge in vehicles. However, as Looper points out, viewers will have to wait, possibly until 2022, for new episodes of Clarkson’s Farm because they have to film through a complete farming cycle.